On the Line: The Fight for Abortion Rights

On December 1, 2021, the U.S. Supreme Court heard oral arguments in the latest case that seeks to chip away at abortion rights across the country. In Dobbs v. Jackson Women’s Health Organization, the state of Mississippi urged the Supreme Court to ban abortions after the first fifteen weeks of pregnancy, which would essentially overturn the court’s previous decisions in Roe v. Wade and Planned Parenthood v. Casey.

As we often see in contentious cases, rallies formed outside of the court, with the two opposing sides holding protests in tandem. I followed members of the Abortion Access Front — a group of artists, writers, and designers that create videos and social media content advocating for abortion access — as they held a nonviolent demonstration that resulted in their arrest. 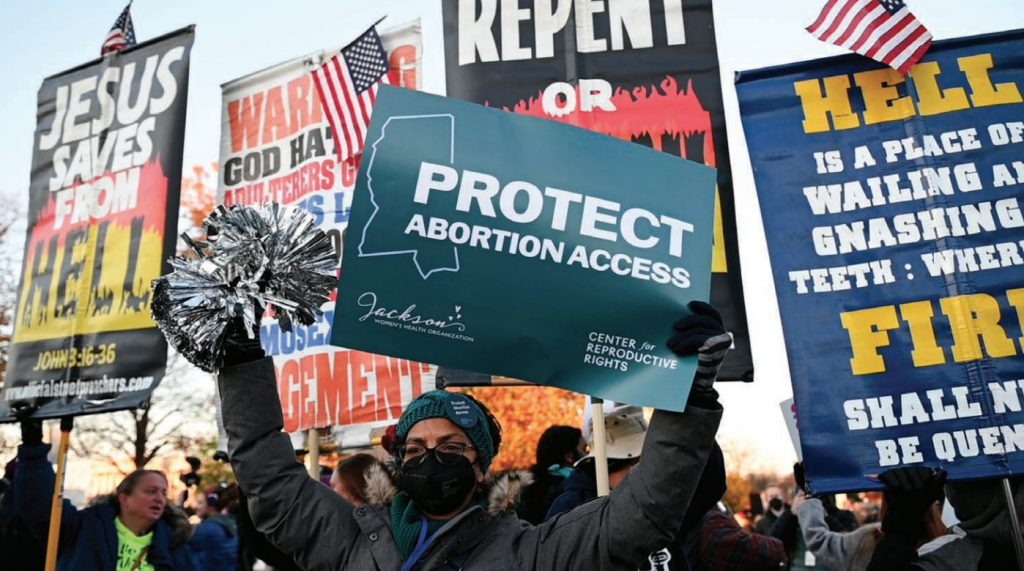 Abortion Access Front has a dozen people on its team, but its supporters reach into the thousands across the country. It raises funds for independent clinics such as the Jackson Women’s Health Organization, known as the Pink House, the last abortion provider left in Mississippi and the center of Dobbs v. Jackson. 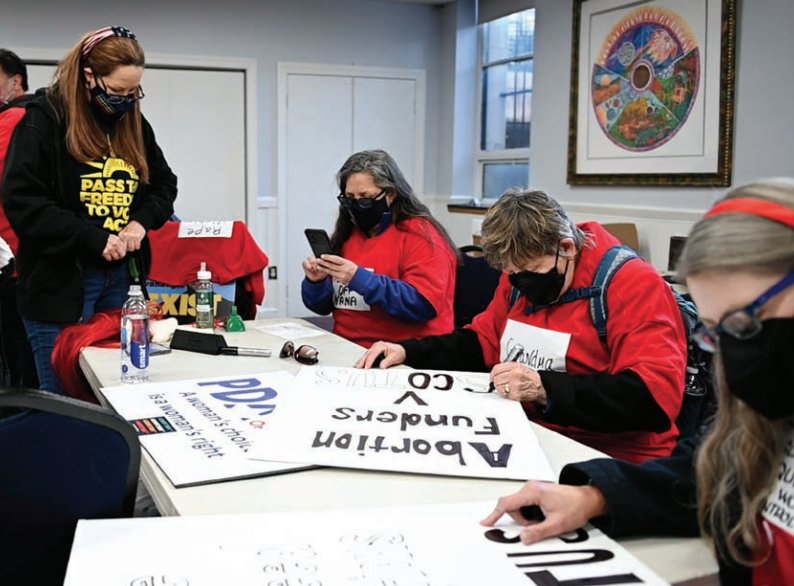 Before the protest, multiple pro-choice groups organize and make signs at the Lutheran Church of the Reformation down the street from the Supreme Court building. 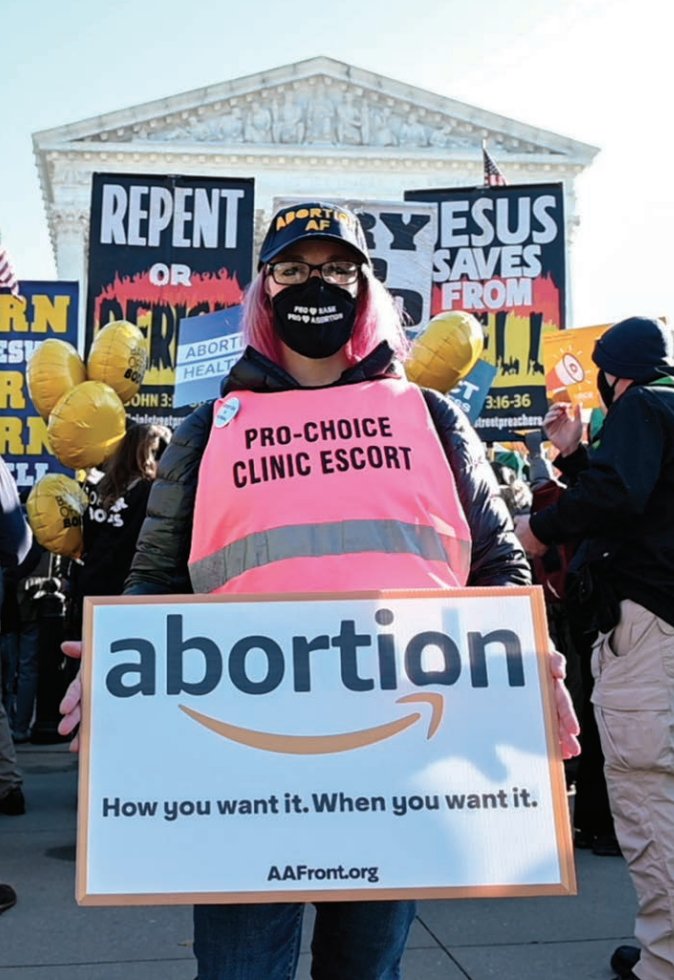 While police set up barricades to separate the two sides, some of the most virulent of anti-choice groups erect tall banners designed to overshadow other groups’ signs. 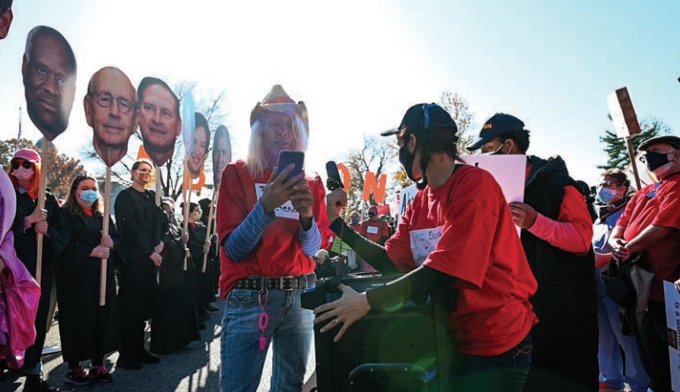 Derenda Hancock, the co-founder of the Pinkhouse Defenders, addresses the “court” that stands behind her and tells her story of working to defend abortion access at the sole clinic in Mississippi. 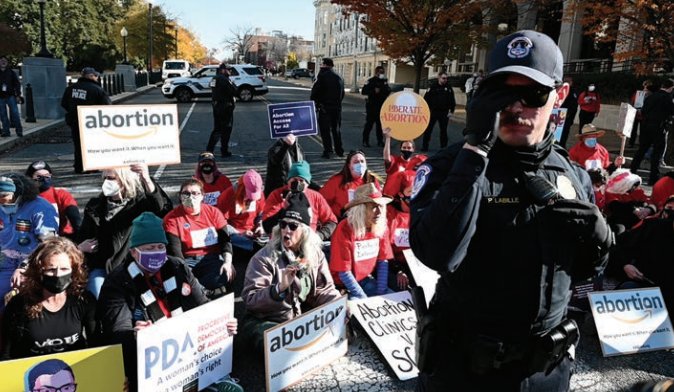 Abortion Access Front founder Lizz Winstead (center, holding sign) and dozens of fellow abortion rights activists block traffic in an act of nonviolent protest. Nearly all of the demonstrators stay until they are arrested and fined by the Washington, D.C., Metropolitan Police. There were a total of thirty-three arrests. 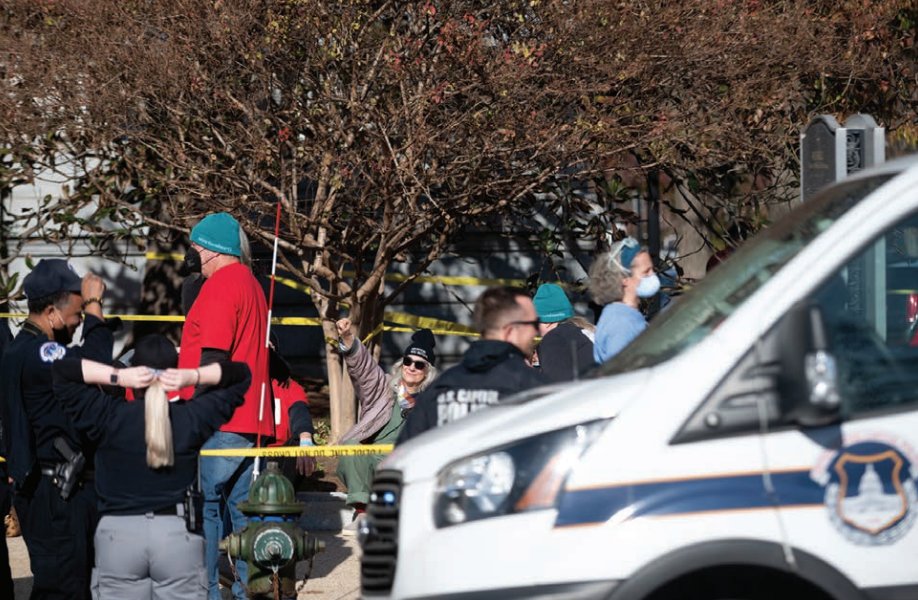 The police detain protesters behind yellow tape as Winstead holds her fist high and fellow Abortion Access Front members yell supportive words to those under arrest.