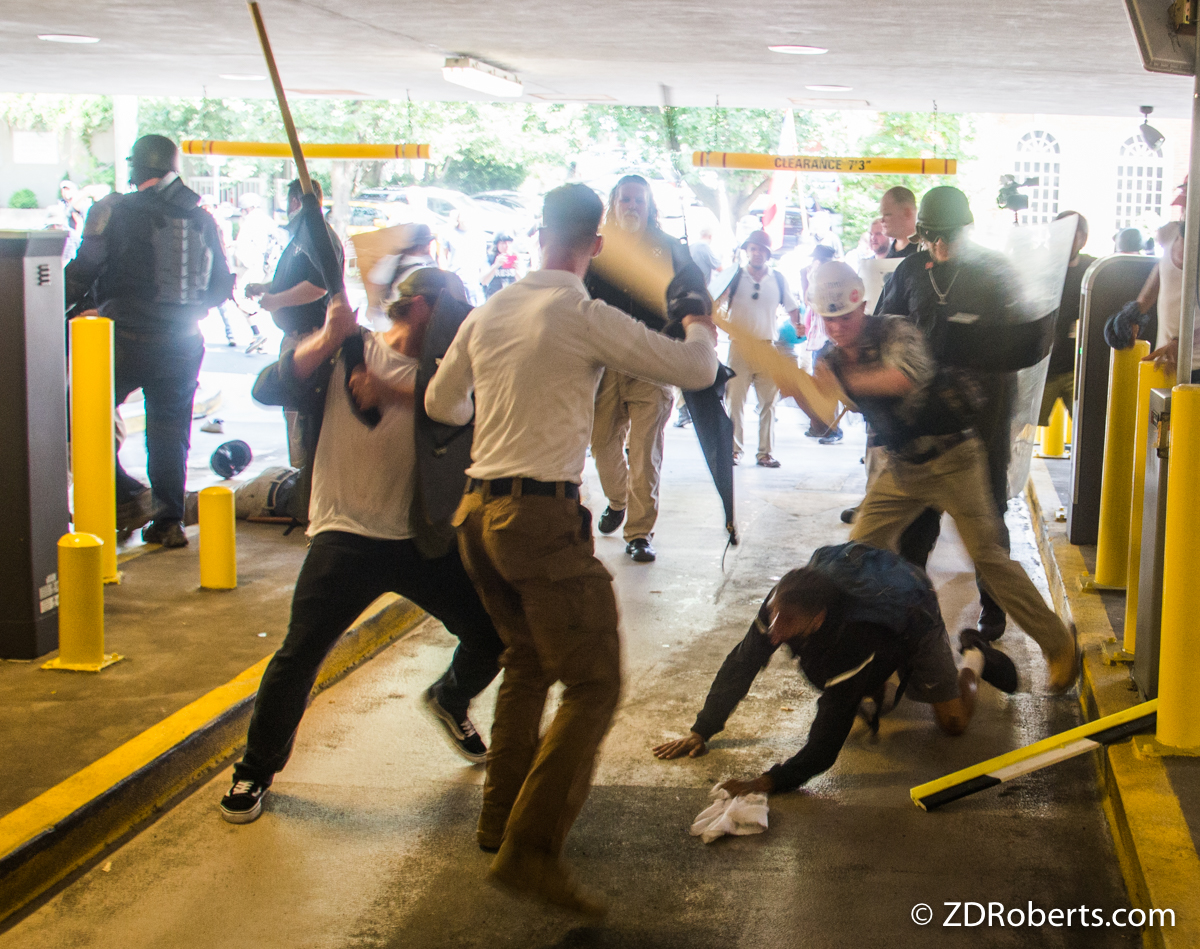 Last night (Monday, October 9), we have learned that the DeAndre Harris story has taken a twist that would, in a different era, be surprising. With several of DeAndre’s attackers still on the run – and police showing no interest in going after them – DeAndre just had an arrest warrant issued in his name. According to a media release issued by the Charlottesville Police Department, the warrant was for “Unlawful Wounding” (Va Code 18.2-51).
That’s right, the young man who you can see here being beaten to an inch of his life by half a dozen white supremacists will be walked into the police station tomorrow and processed.
A magistrate judge, without talking to me (a witness to DeAndre’s beating), or DeAndre himself, issued a warrant – according to Lee Merritt, DeAndre’s attorney. Merritt, whose focus is on police brutality and corruption said:

“This is probably the most extreme case I’ve seen, not only is he charged with a crime but he’s charged at the same level as the men who broke his bones, who caused serious bodily injuries, caused him to get 18 staples in his head, fractured his tooth – the men who beat him within an inch of his life – he’s getting the same charge as them – for someone who was involved in a violent supremacist group who were involved in attacks, not only of DeAndre, but attacks of other people all weekend.” 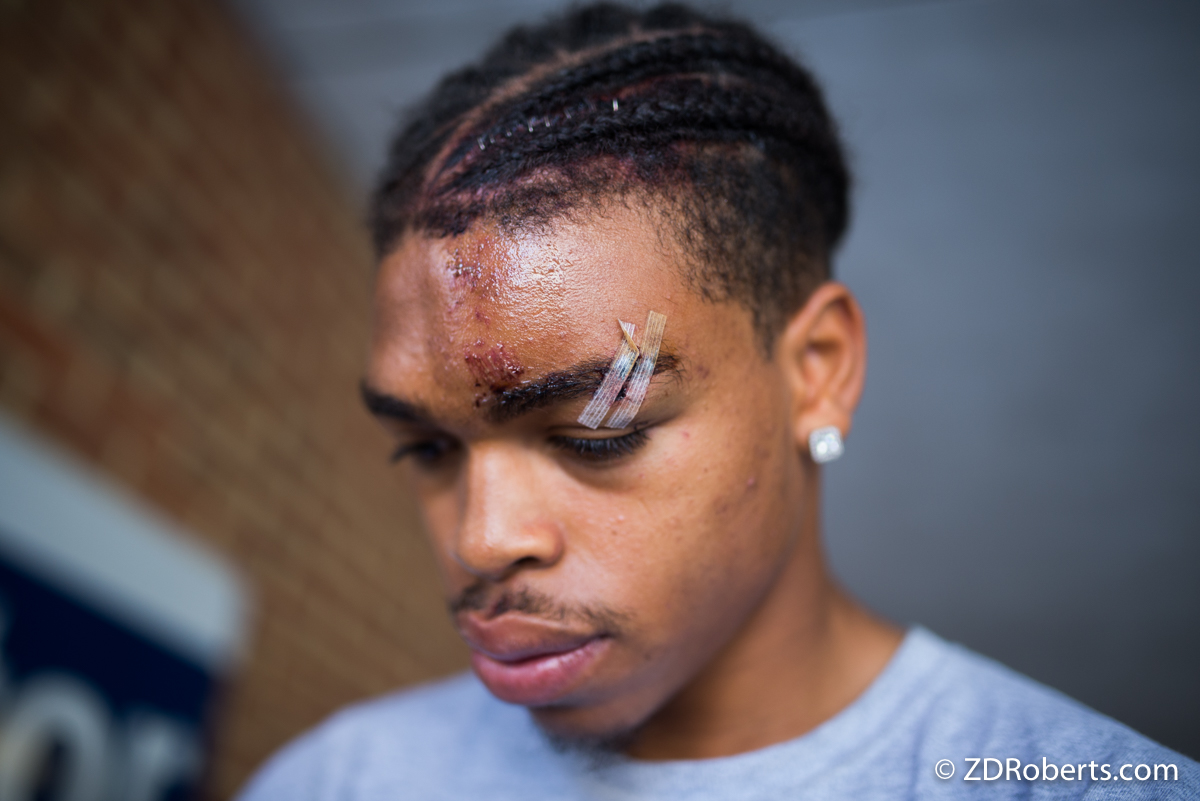 DeAndre Harris received staples in his head, stitches above his eye and a broken wrist… and he’s being arrested. Copyright: Zach D Roberts

[For use of photos and republishing contact Zach at zdroberts@gmail.com]