D.C. prepares for another far right assault on the Capitol

Fences are going back up around the US Capitol in anticipation of yet another MAGA rally in D.C. this weekend. This time around Trump will not be in attendance, but many of his current and former supporters will be there.

The organizer of the planned September 18, 2021 rally, Matt Braynard, is a former data director for the 2020 Trump campaign. Braynard has organized multiple events over the last couple of months calling for the liberation of incarcerated January 6 rioters, whom he views as ‘political prisoners.’ 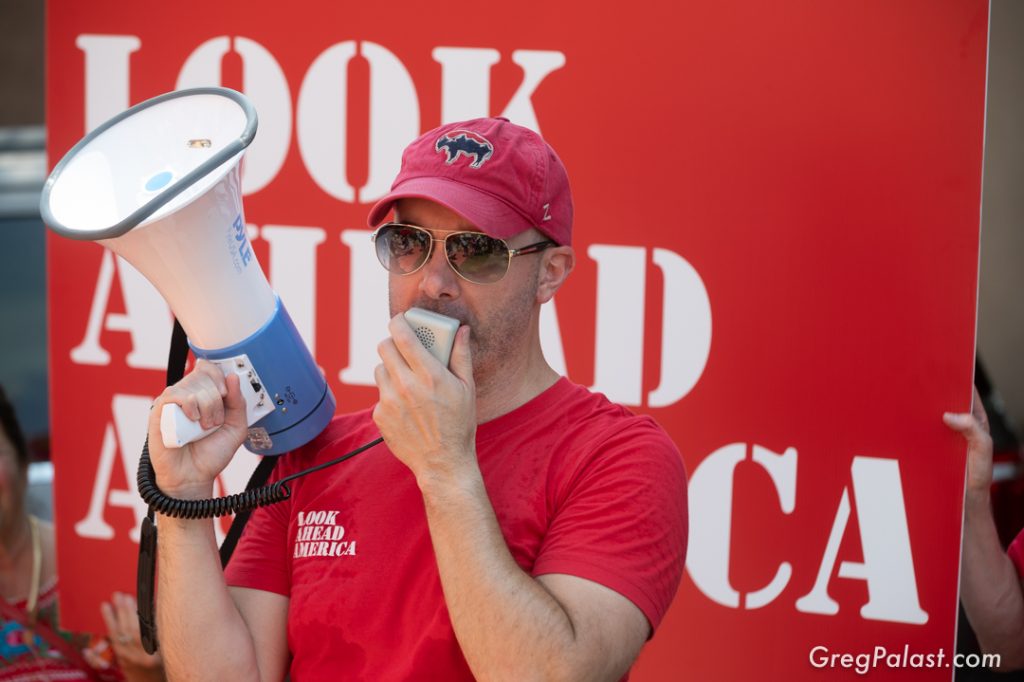 Matt Braynard speaks to an audience of around 100 people at a Look Ahead America rally he organized in front of the D.C. Central Detention Facility on July 17, 2021. Photo: © Zach D. Roberts, 2021

One of the more recent events Braynard organized was a non-permitted rally on July 17, 2021, held in front of the D.C. Central Detention Facility where some of the rioters from the January 6 insurrection are being held. The men are held in a separate wing at the facility, separate from other, mostly black prisoners. Officials claim it’s for the Jan 6’ers safety. However, several of the incarcerated are members of white nationalist groups, such as the OathKeepers and the Proud Boys. Braynard told Buzzfeed: “This is the modern civil rights struggle of our time.” 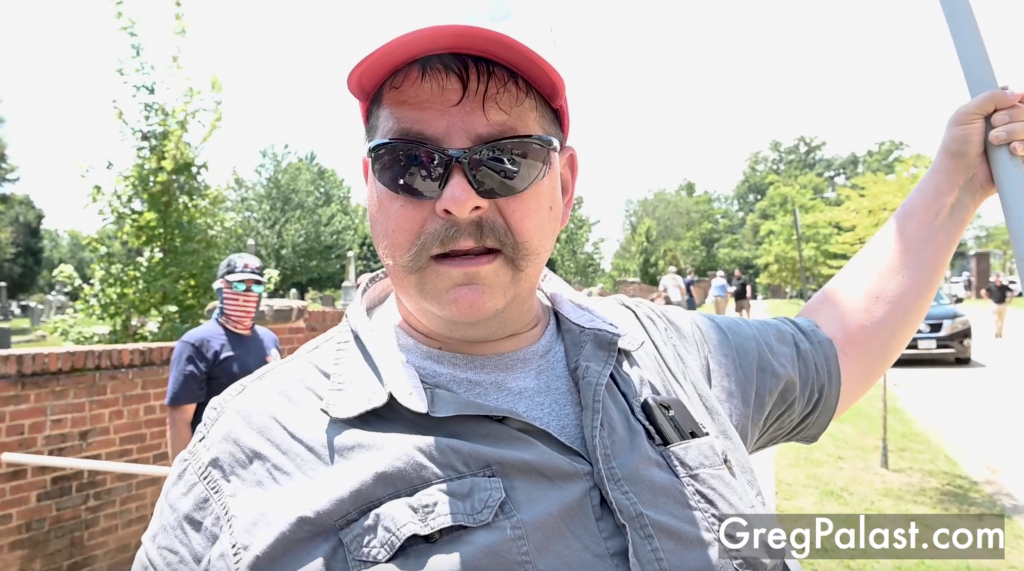 John Balazek, in an interview at the D.C. Look Ahead America rally on July 17, told us: “We have political prisoners being held for literally nothing. I mean, anyone who would support and defend the Constitution is just on a list to be rounded up.”
Photo: © Zach D. Roberts, 2021

I went undercover at the July 17 Look Ahead America rally and spoke with several of the protesters there. One of the attendees, John Balazek, told me he was at The Ellipse on January 6 and heard Trump’s speech there. “It was just a sea of humanity,” said Balazek. “Just millions of Americans standing up to the theft of our election.” 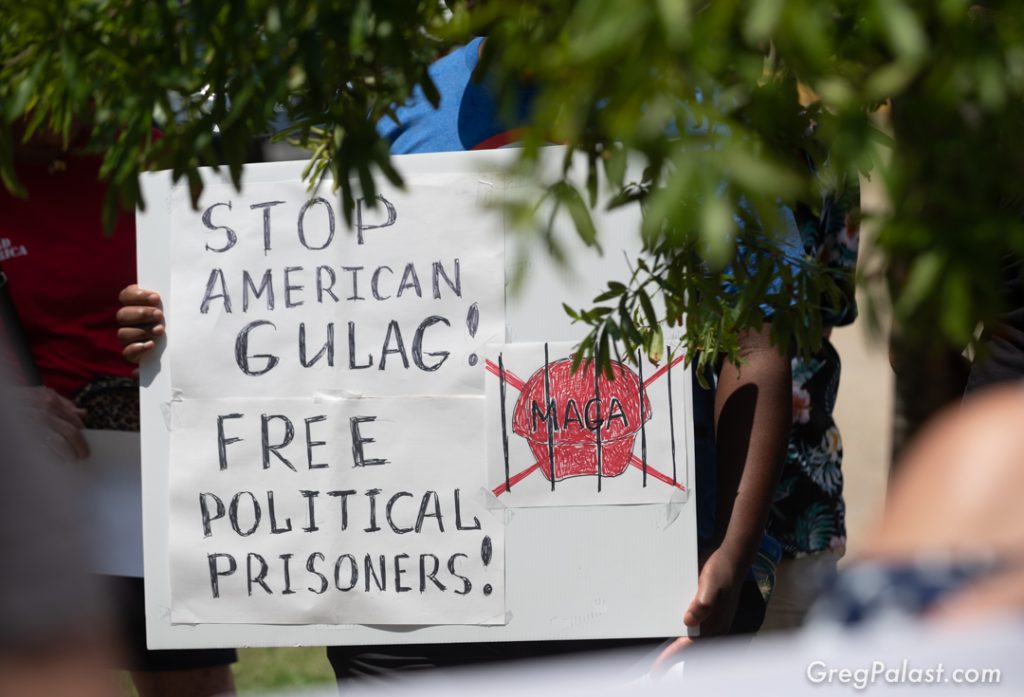 But with many of those involved in the January 6 insurrection now suffering the consequences of their actions, including those being held at the D.C. Central Detention Facility where the July 17 rally was being held, Balazek told me: “People are terrified to show their faces now, they’re afraid they’re going to be rounded up and end up in the jail here with them.” 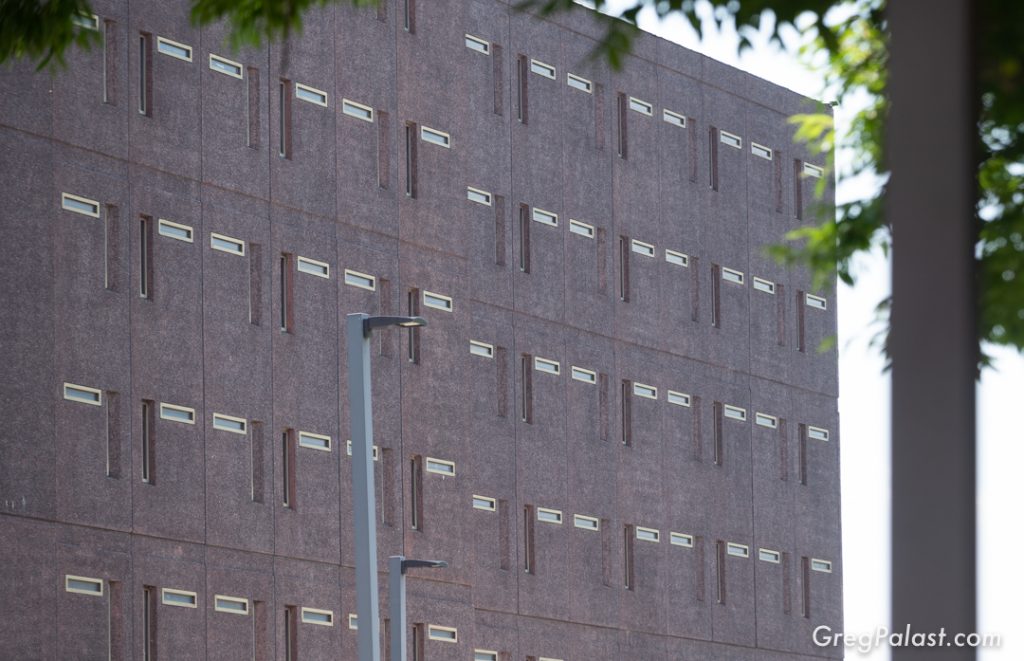 Nevertheless, Capitol Police, who claimed they were blindsided by the January 6 riots, are prepared this time. Beyond the extensive fencing going up around the Capitol, all time off has been canceled, cement barricades are blocking entry points, and the Pentagon has said the department has “received a request from the Capitol Police for some assistance for this weekend’s scheduled protest.” 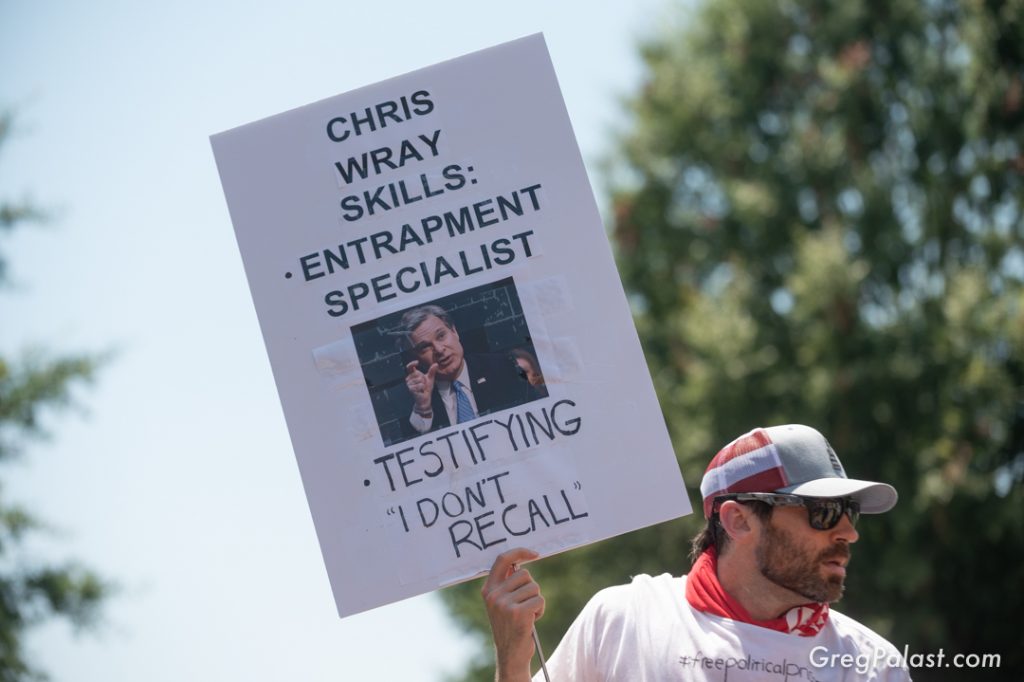 A July 17 protester holds a sign critical of the FBI Director Christopher Wray, claiming that he is an ‘entrapment specialist’, referring to the conspiracy theory that the January 6 rioters were pushed by law enforcement to invade the Capitol. Photo: © Zach D. Roberts, 2021

Some MAGA supporters, who under normal circumstances would likely show up to the rally on Saturday, have been deterred by rumors, believing the event is a trap and that it will be infiltrated by FBI officers and Antifa. Because of this, attendance at the D.C. rally is expected to be on the low site. But though a repeat of the January 6 mass invasion is unlikely, there is concern that lone wolves might seize the moment to create chaos. And violence is a distinct possibility at other events being held around the country, with members of traditionally aggressive groups, such as the Proud Boys, planning gatherings in Salem, OR and Los Angeles, CA, among other locations. 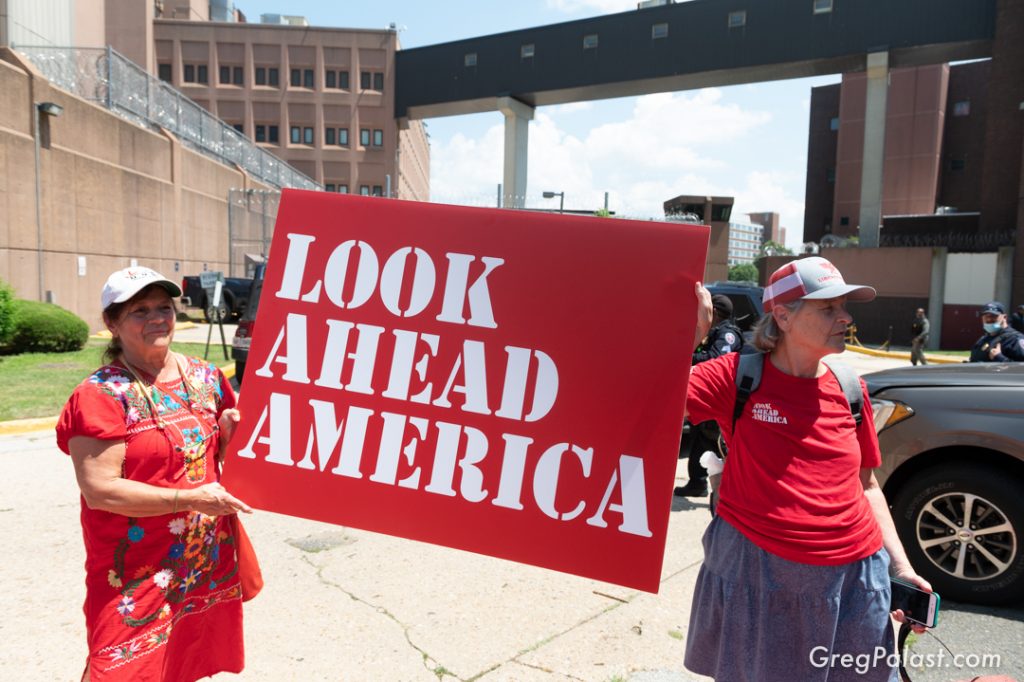 Look Ahead America ralliers gather before marching to an entrance of the D.C. Central Detention Facility on July 17, 2021.
Photo: © Zach D. Roberts, 2021