Jury finds Charlottesville neo-Nazis and not-so-neo-Nazis liable for the deaths and mayhem caused by the Unite the Right rally in 2017, ordering payment of more than $25 million to the injured. 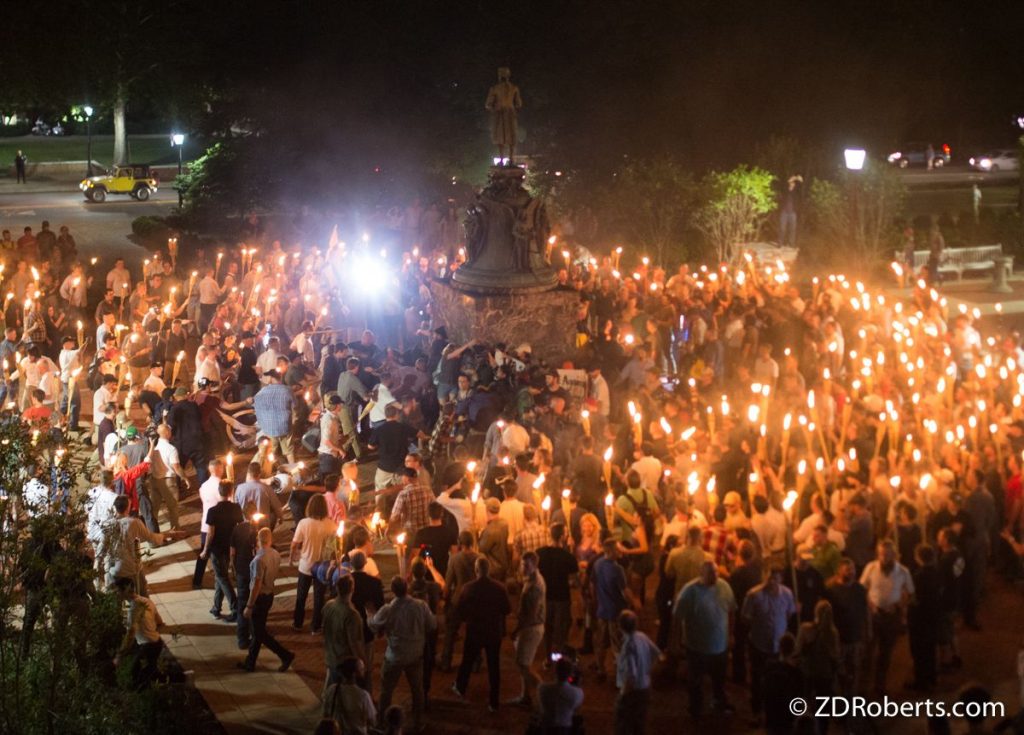 Chaos breaks out at the Thomas Jefferson statue on the University of Virginia campus as Unite the Right rally goers carrying tiki torches attack a small group of anti-fascist protesters on August 11, 2017. Photo: © Zach D. Roberts.

This should put a financial knife into the Alt-Right and drain the pockets of Richard Spencer, known as the “Dapper Nazi;” Chistopher Cantwell, the “Crying Nazi;” Michael Tubbs, the League of the South leader who was at the beating of Black school teacher DeAndre Harris; Elliott Kline, organizer of the Tiki-Torch march; the National Socialists (i.e. Nazi Party), and others.

The civil action was brought by a group of individuals that were attacked during a tiki torch march across the University of Virginia’s Charlottesville campus on August 11, 2017 and the Unite the Right rally in Charlottesville the next day. The rally ended with the murder of Heather Heyer and injuries to dozens of other activists, including black school teacher DeAndre Harris. The vicious assault was caught on camera by Palast Investigative Fund fellow Zach D. Roberts, and his photos helped secure several criminal convictions.

Related Posts
Hate in America: Dispatches from the Courtroom Wars
Hate goes on trial in Charlottesville
Charlottesville: A Gun In His Face, But He Got The Photo