You Have Kept Me Alive 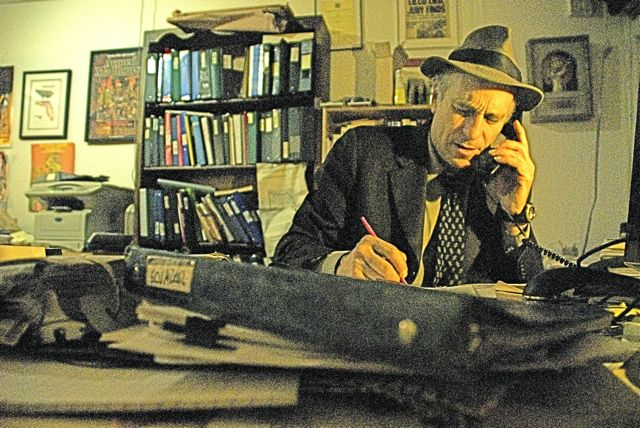 When Bush’s lawyers came after me, when oil industry lobbyists threatened Harper’s Magazine and me, when Katherine Harris and her allies tried to bully me into withdrawing my reports on election theft, you saved my journalistic life – with your support, your electronic shouts and your funding.
From Florida, from the Amazon, from Caracas, this great experiment in citizen journalism has had an astonishing, outsized impact on public policy.
Now, for the first time this year, I have to ask you to keep my work alive with your financial support.
Our not-for-profit foundation is in serious need of your serious help to feed our skinny staff of investigators and to house our very fat file cabinets.
Please: If you believe my work is worthwhile and should continue, and you can donate $150, I will send you all five of my films on DVD, signed to you – the package includes my newest film, PALAST INVESTIGATES, from 8-Mile to the Amazon. (It’s a big pack – meant to encourage you to pass some on.)
Or donate at least $50 and get the Palast Investigates DVD on its own, signed. This film on DVD includes my latest reports for BBC Television and Democracy Now!
Palast Investigates brings you, literally, into our offices on New York’s Lower East Side, where you can see the tapes, the files marked ‘confidential,’ as I explain how our rare form of old-fashioned gum-shoe reporting is done. [Watch the trailer here.]

The Chicago Tribune says, “Greg Palast is what a journalist should be: undaunted by power. His stories are so relevant they threaten to alter history.”
There’s still a lot of history to alter. We have a huge cache of documents marked confidential that we recently scooped from the files of the world’s financial behemoths. We need to tell these stories. And, I need you to join me to support this work.
This material is astonishing and important. You’ve seen the health insurance industry stoke a fake ‘popular uprising’ with misinformation. That’s nothing compared to what the banking lobby is about to do with the complex issues of banking reform.
For a donation of $250+, I’ll send you the Palast Gift Pack which includes all my films, the colorful ‘Steal Back Your Vote’ election protection Comic PLUS both my NYT bestsellers Armed Madhouse (in hardbound) and The Best Democracy Money Can Buy.
For years, it felt like our work was bouncing off a brick wall. Now, with a new Administration, we are being heard and we are making a difference. A few examples:
– Senator Tom Harkin, Chairman of the Senate’s Health Subcommittee, cited our investigation of the drug industry.
– Congressman John Conyers set Judicial Committee hearings based on our story of financial “vultures” which he called, “maybe the most important news report of the decade.”
– And before his death, Senator Ted Kennedy introduced a law to ban “voter caging.”
– In the UK, the Prime Minister personally responded to our reports, taking on the international financial “vultures.”
And a new Justice Department has informed us they have opened a criminal investigation based on one of our stories. (Sorry, can’t tell details, but if you watch Palast Investigates, you can guess.)
With a new resident in the White House, our work will get heard. Rep. Conyers, who once confronted Bush in the Oval Office with one of my reports, now has someone whose answer will be more thoughtful than, “Gee, I don’t know anything about that.”
We have respected media television and print outlets waiting for our reports. But the investigation comes first; and the investigation cannot happen without your support.
I am hoping you will consider a tax-deductible donation of $1,000 – and you’ll be listed as a co-producer of our next series of filmed reports.
The nuclear industry is rising from its crypt, the finance industry is muscling up, international banks have secrets that beg to see the sun. Make the difference.
We’d like to keep our crew in business to alter history once again. But altering history takes sweat, tears and funding.
I appreciate what you’ve done for me to date; I’m humbled by your gesture of respect. My true thanks.
Now, back to work.
Yours,
Greg Palast
New York
www.GregPalast.com
*****
Visit the Palast Investigative Fund Store for many other signed items.