Will you walk with me?

A personal note from Greg Palast
We’re close, so very close to finishing our new movie The Best Democracy Money Can Buy-A Tale of Billionaires and Ballot Bandits (out in 2016) but I urgently need your help to get us over the finish line. 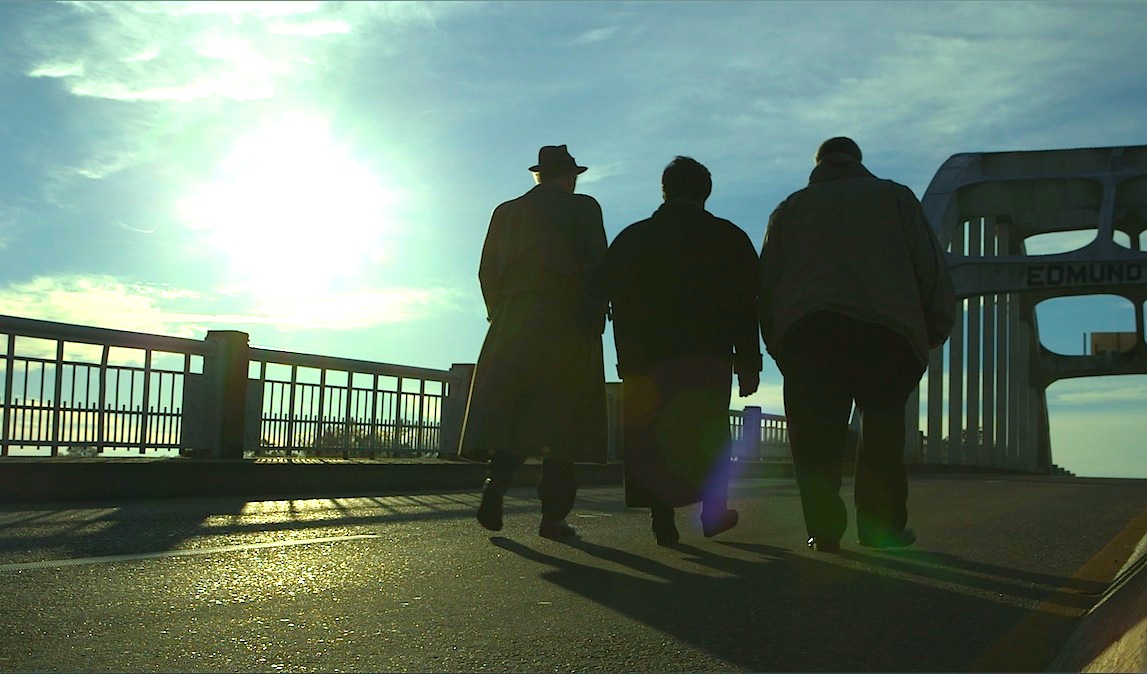 You can truly make a difference by making a tax-deductible contribution to The Palast Investigative Fund and lend your vitally needed support for any amount, large or small.
You can also donate to get a Screen Credit as a Producer ($1,000), Co-Producer ($500) or Supporter ($100), or how about getting the name of one of your loved ones up on the screen as a Christmas Gift?
Can you help me make this film an event, a cause, and weapon for the new civil rights movement?
So what’s the story causing me to beg you to come to our aid?Before filming in Selma, I was in Ohio.  You know well, that that’s where the Presidency will be decided.  Our investigative team has uncovered the biggest, most secretive – and unbelievably sophisticated-vote suppression trickery since Jim Crow.
Our preliminary digging and film has distributors and networks salivating for our movie.  So we have to get the rough cut into their hands for release and broadcast in time to prevent one more about-to-be-bent election.
On top of the vote scamming, we’ve also gone undercover to get the story on the billionaires behind the vote heist.  Twenty years ago, I made the first documentary ever on the Kochs – a warning too long ignored.  In this film, I’m on the trail of a billionaire even more influential, and even more damaging and greed-poisoned, than the Kochs.
The film you are supporting will anchor an entire educational campaign by our Foundation:  our hard-core research will go to several voting rights groups who plan to use our findings in a renewed national vote-protection campaign.
We have a multi-platform plan to grab the public’s attention and get folks moving into action. From the movie we will be generating a series of sure-to-go-viral videos, web and print news reports and even a comic book.
While The Best Democracy Money Can Buy movie will have heavyweight, real, no-BS investigative reporting, it will present the eye-popping truth in an eye-popping manner, with all the humor and heart you expect from a Palast film. We even have some surprise Cameos that will make this film an event.
I can’t thank you enough for your support over these years – not just financial, but your vote of confidence in me and my team’s work. It’s what keeps us going in our darkest hours.
The stakes couldn’t be higher.
51 years ago, Martin Luther King Jr. led a march over the Edmund Pettus Bridge in Selma, Alabama, to Montgomery, the state capital.  I have just returned from Selma where I met with some of the original Foot Soldiers. One, Lynda Blackmon Lowery was just a child of 14 then.  She was beaten unconscious by state troopers and Klansmen.
Two weeks ago, Lynda crossed the bridge again, not to commemorate the victories of the past, but on a mission to restore the voting rights lost these past two years since the overturning of the core of the Voting Rights Act.
Hank Sanders, who marched into Montgomery with Dr. King, walked over the bridge with me. He is Senator Sanders now – a symbol of the advance of civil rights. But he’s also a victim of the New Klux Klan:  the Senator’s name was wiped from the voter rolls by state officials who’ve traded their white sheets for spread sheets.
In investigating the attack on Sanders’ right to vote we discovered why just over one million Black names – and Asian, Hispanic and Jewish names – are disappearing from voter rolls.  It is our obligation, our commitment, to expose this new lynching by laptop.
So, once again, we have to walk over that Bridge – in Selma, Alabama; in Tallahassee, Florida; in Phoenix, Arizona; in Dayton, Ohio.
Will you walk with me?
*  *  *  *  *  *   *

Support this film with a tax-deductible Donation

For 15 years, Greg Palast has been uncovering voter suppression tactics in investigative reports for BBC Television, The Guardian, Harper’s and Rolling Stone.
In 2016 Greg Palast will be releasing his new feature film The Best Democracy Money Can Buy-A Tale of Billionaires and Ballot Bandits, which includes his award-winning investigation Jim Crow Returns.
Greg Palast is the author of several New York Times bestsellers including The Best Democracy Money Can Buy and Billionaires & Ballot Bandits, Armed Madhouse and the highly acclaimed Vultures’ Picnic.
Make a tax-deductible donation and support our ongoing investigation into voter suppression.
Subscribe to Palast’s Newsletter.
Follow Palast on Facebook and Twitter.
www.GregPalast.com