GOP goons grab reporter when he asks how 40,000 minority voter registrations vanished
by Greg Palast
Catch Palast’s reports for Joy Reid, Thom Hartmann and Amy Goodman
Karen Handel took a break from beating up Democrat John Ossoff to attack a reporter: me.  In the televised debate between the two candidates vying for Georgia’s 6th Congressional District, Republican Handel claimed, “a reporter supposedly representing some very liberal Democratic organization almost literally accosted me.”
In fact, is was a trio of galoots working for Handel who accosted me. 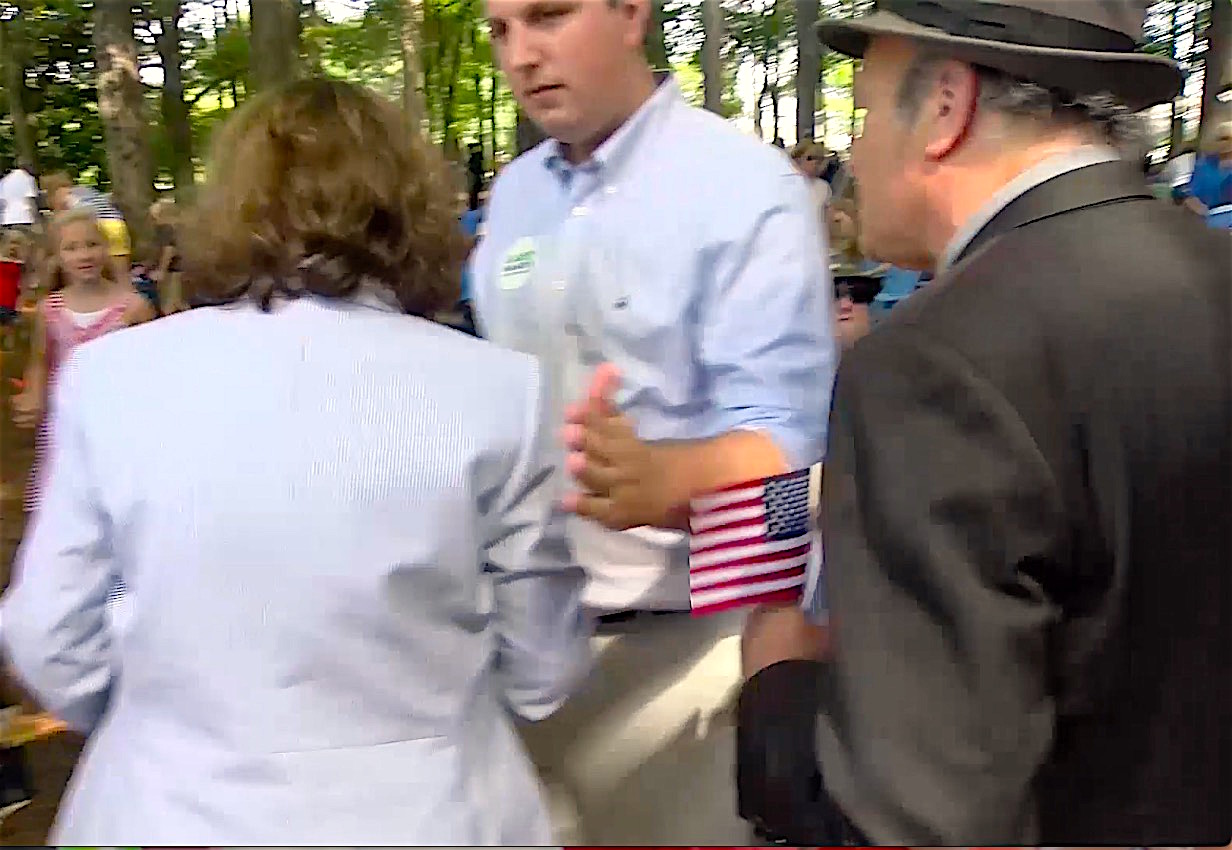 Handel’s handlers trying to prevent Greg Palast from asking a tough question
But who accosted whom is less important than Handel promoting the dangerous new trend of attacking the press, sometimes physically, when questions are uncomfortable or challenging.
Handel is afraid I’ll report what I began uncovering in my investigations in Georgia’s 6th.  I first came here in 2014 for Al Jazeera, when I interviewed an enthusiastic group of Korean-Americans based in the 6th, the Asian-American Legal Advocacy Center. When I returned to cover the current race, I found the Asian-American voting rights office shuttered and empty. 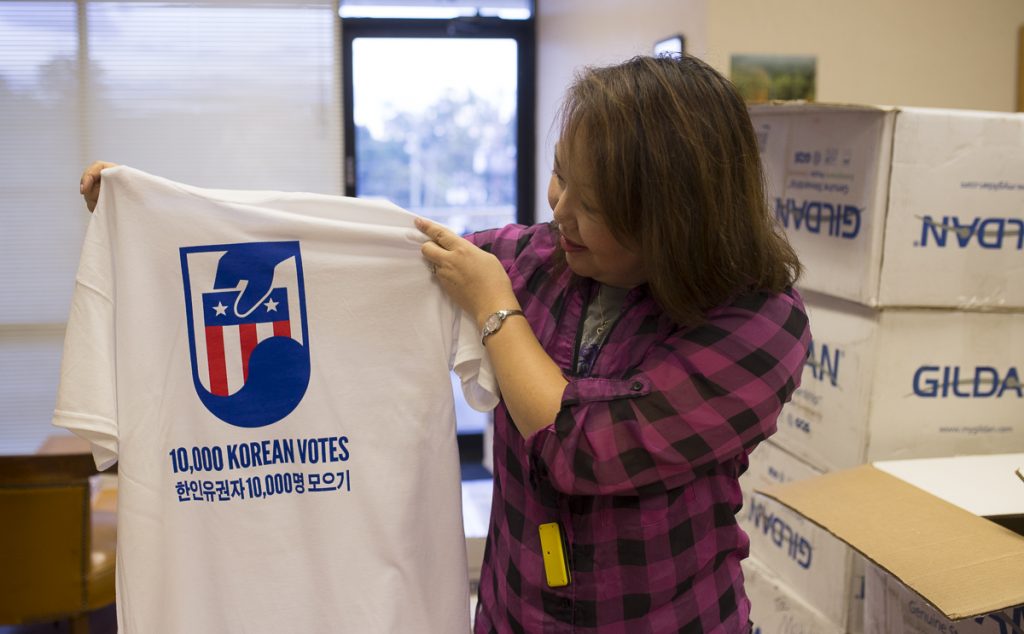 Helen Ho from the Asian-American Legal Advocacy Center (photo by Zach D Roberts)
Apparently, the group which had launched a “10,000 Korean Votes” registration drive discovered that many of their registrants simply never appeared on voter rolls. Their lawyers’ query about missing voters to the Secretary of State resulted in a raid by the Georgia Bureau of Investigation and a threat of criminal charges.
Voting rights attorney Nse Ufot told me what happened:
“They were doing a campaign to register 10,000 Korean-Americans to vote, and had quite a bit of success. At some point during the campaign, they noticed that many of the folks that they were registering were not showing up on the voter rolls. So, they reached out to the Secretary of State to say, “Hey, where are our folks? Why aren’t they showing up on the rolls?”  They never got an official response.  What they did get was the GBI kicking in the door and requesting all of their files.
While no charges were brought, the terrifying raid, was enough to put the Korean voter group out of business.
And Ufot’s own group, New Georgia Project has seen the registrations of new voters of color suspiciously vanish.
Ufot told me, “We submitted 86,419 voter registration forms.  There are 46,000 of the folks that we’ve registered who have made it, and 40,000 of them are missing.”
So New Georgia Project contacted the Republican Secretary of State’s office.
You know what they told us? “We don’t know what you’re talking about. What forms?” They did not disappear. We intentionally registered voters on paper forms so that we could make copies. We knew who they were. They were not on the voter rolls.
When African-American activists raised a ruckus over the disappearance, they got the same treatment as the Korean-Americans: a Gestapo-style raid on their offices, threats of criminal charges and jail term.
But the African-American organizers had long faced down Jim Crow intimidation tactics.
I wanted Handel’s story-and not just as a candidate.  She herself was Secretary of State, and up to her chin in these vote suppression games.
I started out by asking if the Democrats were stealing the election, and she was pleased to say, “They’re pulling out all stops!”
But when I got to the subject of her office purging voters, one of her henchmen jumped in front of me, slammed me backwards and while two others grabbed and muscled me away.  She refused to answer to a question about the raids on voter registration groups, but the crowd answered for her, chanting “U! S! A! U! S! A!” – as if a journalist asking a question is the new enemy of America. And that’s frightening. Not the clowns who assaulted me. They were more buffoonish than threatening.
I don’t want compensation, I don’t want to press charges. I want an answer to the question: Who will decide the race in the Sixth – the voters or Jim Crow?

Please support our continuing investigation, as we move from Georgia’s 6th to follow Jim Crow’s trail into Virginia, Michigan, Ohio, Florida and North Carolina.
Greg Palast (Rolling Stone, Guardian, BBC) is the author of The New York Times bestsellers, The Best Democracy Money Can Buy and Billionaires & Ballot Bandits, now out as major motion non-fiction movie.
For more on the racially-biased-by-design Crosscheck vote-purging op, which is in play in Georgia to help Karen Handel, watch The Best Democracy Money Can Buy, or get the signed DVD, a signed copy of the book companion or better still – get the Book & DVD combo.

Support The Palast Investigative Fund and keep our work alive.
Become a monthly Contributor.
Or support us by shopping with Amazon Smile.
AmazonSmile will donate 0.5% of your purchases to the Sustainable Markets Foundation for the benefit of The Palast Investigative Fund and you get a tax-deduction! More info.
Or simply make a tax-deductible contribution to keep our work alive!
Subscribe to Palast’s Newsletter.
Follow Palast on Facebook and Twitter.
GregPalast.com