[Atlanta] The star of the GOP’s get-out-the-vote door-knocking program in the Georgia Senate run-off, standing next to Alex Jones, was blasting his threat through a megaphone in front of the Governor’s home. “We’ll light the whole sh*t on fire!”

Ali Alexander’s threat in December would become all too real when he repeated his performance on January 6 in Washington, DC.

In the US Capitol that day, looking over the scene of screams, teargas, and mayhem, Alexander said, “I warned you this would happen.”

Yes, he did. Nevertheless, the Georgia Republican Party’s Metro Atlanta Field Director Kevin Mason was more than happy to team up with Alexander. With his huge reach within the Alt-Right, Alexander could bring in a swarm of volunteers for the door-knocking campaign they desperately needed to hold back the looming Democratic victory in the US Senate run-offs.

The far-right celebrity was the magnet to draw scores of young enthusiasts to a January 3 training session at the DoubleTree Hotel in Roswell, an Atlanta suburb. The Palast Investigative Fund’s photojournalist, Zach D. Roberts, a specialist in white fringe violence who’d been tracking Alexander’s pitch for mayhem across the nation, signed up.

Roberts, who joined up through Alexander’s website, StopTheSteal.US, was quite surprised to receive instructions, not from the right-wing group, but from Daniel George of the National Republican Senate Committee.

Why would the GOP team up with Alexander, a leader of the Stop the Steal extremists, especially after his well-broadcast warning of violence? The threat was not out of character. There are widely circulated films of Alexander with Proud Boys founder Gavin McInnes. And there is a video chat with Alexander yucking it up with a right-wing jokester holding up a giant flag with a Nazi Swastika flag. 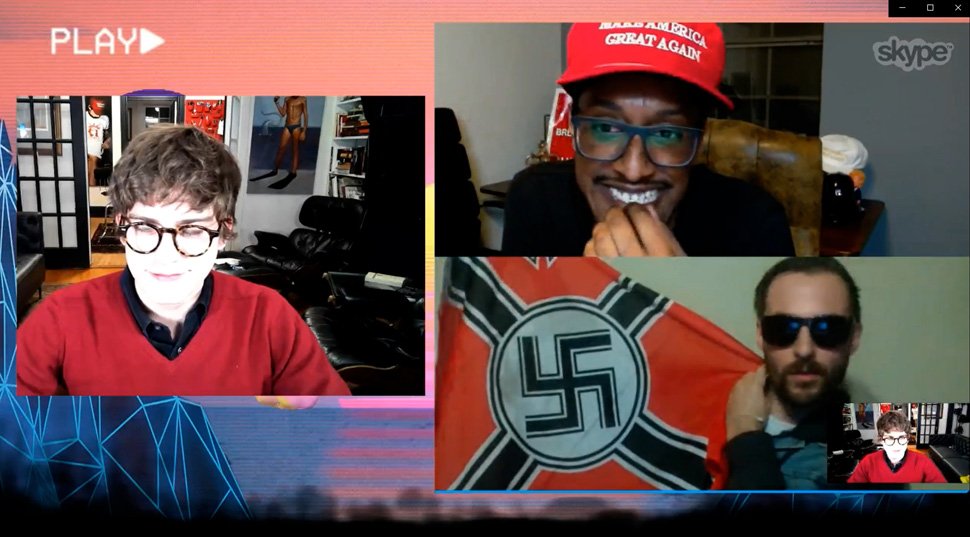 Alexander in an online chat with a right-wing chum holding up a Swastika flag.

That is, if “Alexander” is his real name. He adopted it after his reported conviction for a felony crime under the name “Ali Akbar.”

Alexander is a shapeshifter, sometimes the eye-swiveling crazy, sometimes the dapper guest for Alt-Right podcasts. We cannot link to his most incendiary outlets such as WildProtest.com because they’ve been taken down for inciting violence.

Yet, you can see him in this photo at a door-knocking training seminar run by the Georgia Republican Party surrounded by grinning young Georgia volunteers. 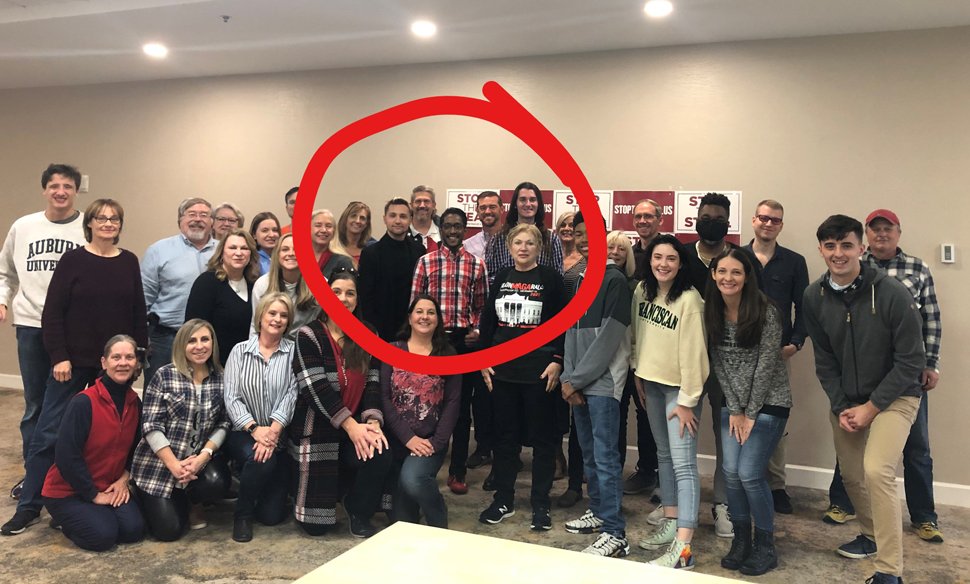 Curious, I called both the Georgia Republican Party’s Field Director, who worked with Alexander, as well as the National Republican Senate Committee to ask why they’d join forces with a known Neo-Fascist instigator of violence. So far, my calls have gone un-returned.

In Georgia, with Alex Jones and Nick Fuentes, a known white nationalist, Alexander hid nothing of his hopes for Washington on January 6. “Either they take Trump, prove that they won or they’re not going to hand them back the country again. We’ll light the whole sh*t on fire!” 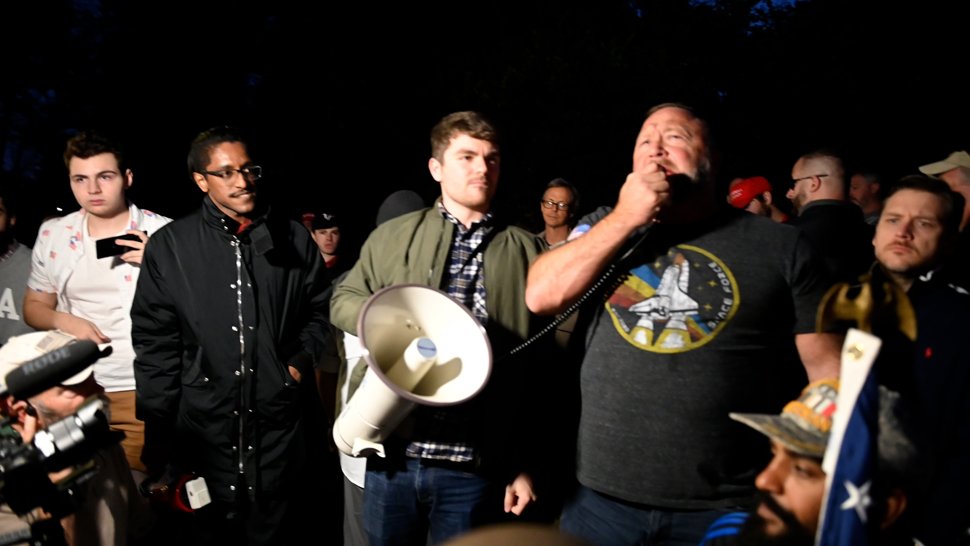 Looking down on the Capitol, as the mayhem unfolded, he told his Twitter audience, “I don’t disavow this,” but later insisted, without evidence, that the Capitol violence was committed by slyly disguised Antifa rioters.

To fire up its base, the GOP is apparently willing to cavort with the violence-threatening fringe. The Grand Old Party dismissed Alexander’s warnings. And they also forgot John Kennedy’s warning that “Those who ride the tail of the tiger soon end up inside.”

Ali Alexander: I came up with the Jan 6 idea with congressmen Paul Gosar, Mo Brooks and Andy Biggs.
(h/t Jason Paladino, who grabbed the Periscope video before it was deleted by Alexander.)
Greg Palast, Zach D. Roberts and Palast Investigative Fund Team have reported from Georgia for Truthout, Rolling Stone and Democracy Now. Photos ©Zach D. Roberts. The Palast Investigative Fund is a project of the non-partisan not-for-profit 501c3 Sustainable Markets Foundation.