Why Are Millions Of Democratic Voters Missing From The Rolls?

Despite all the voter drives in the United States, despite kids marching after the Parkland shooting and the subsequent drive to register young voters, despite the massive influx of refugees from Puerto Rico into Florida, for example, you see the total number of registered Democratic voters plummeting. Two million voters altogether have been wiped off the voter rolls since the 2016 election net which would be impossible without the mass purges coordinated by Kris Kobach.
* * * * *
Greg Palast has written four New York Times bestsellers, including Armed Madhouse, Billionaires & Ballot Bandits, and The Best Democracy Money Can Buy, now a major non-fiction movie, available on Amazon and can be streamed for FREE by Prime members!
Stay informed, get the signed DVD of the updated, post-election edition of The Best Democracy Money Can Buy: The Case of The Stolen Election, a signed copy of the companion book or better still, get the Book & DVD combo.
Support The Palast Investigative Fund  and keep our work alive!  Become a monthly contributor and automatically receive Palast's new films and books when they're released!
Or support us by shopping with Amazon Smile. AmazonSmile will donate 0.5% of your purchases to the Sustainable Markets Foundation for the benefit of The Palast Investigative Fund and you get a tax-deduction! More info .
Subscribe to Palast's Newsletter or his separate list for Poems & Stories.
Follow Palast on Facebook, Instagram, and Twitter.
GregPalast.com 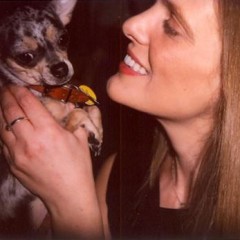