White Power and the Recount
The Far Right Fights for Trump

[November 19th, 2020, Atlanta, GA] The fight over what’s left of the soul of the Republican Party has moved from Washington DC to Georgia with the far right continuing to rally for Trump.

The Stop the Steal campaign in much smaller numbers rallied in front of the Governor’s mansion in Atlanta, Thursday evening. 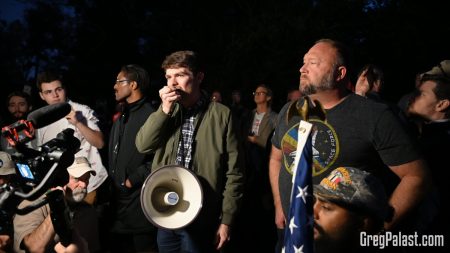 When I first drove by the rally, a Christian white nationalist and anti-immigrant named Nick Fuentes was speaking to his ‘groypers‘ chanting USA! USA! Later in one of his impassioned speeches he threatened that if the GOP, Governor Kemp in particular, didn’t push to give Trump another four years he’d start his own party called ‘America First.’ 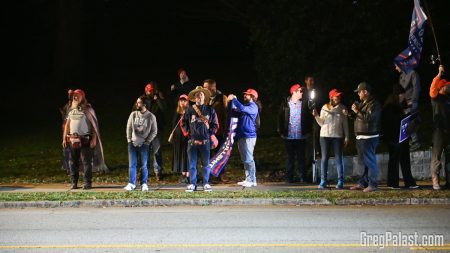 The small group of 30 or so, was made up in part by Alex Jones’ security and camera crew which was taking its ‘caravan’ back to Austin from Washington DC’s MAGA rally.

Jones was joined by his regular Inforwars guest Right-wing disinformation artist and Roger Stone confidant Ali Alexander who is the ‘national organizer of the ‘Stop the Steal’ campaign. 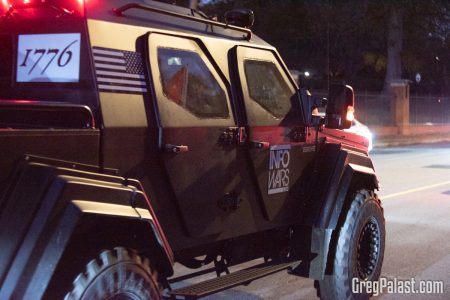 Alex Jones left the mansion grounds via a large black SUV guarded by security and followed by his armored truck.

The recount ended Thursday night confirming once again that Joe Biden won the vote in Georgia.