Greg Palast gets a lesson from super-teacher Bill Roney. Listen to the podcast on ActionPoint radio. 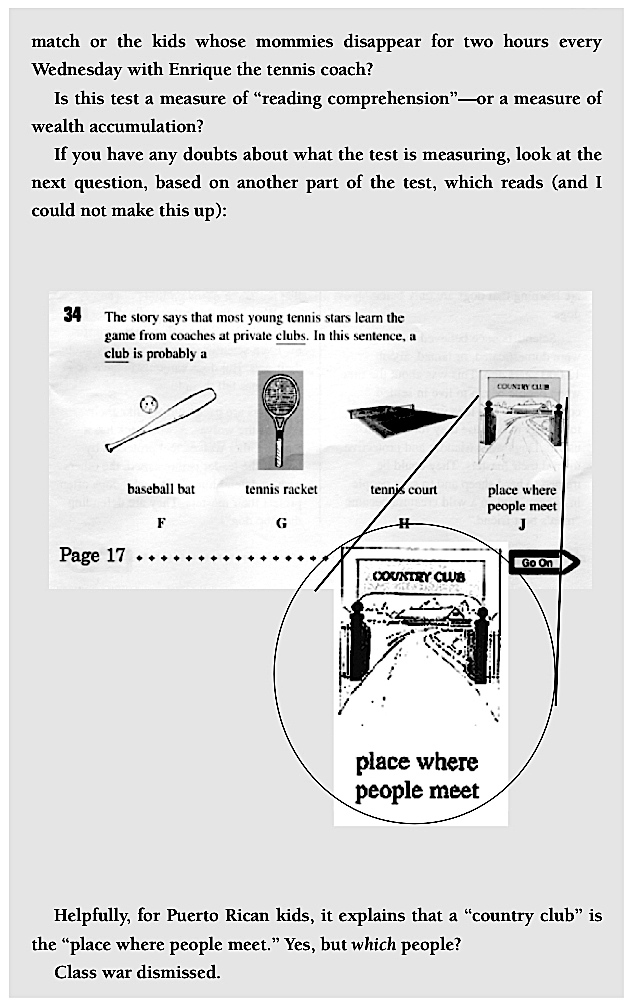 The Looney-Tunes Right Wing is all bent up that our President is planning to tell kids to do their homework in a broadcast to schools set for Tuesday. They’re panicked he’s going to “sell socialism,” says one, and apparently, encourage kiddies to join the military to marry someone of their own sex.
But the teacher does have a serious question for the President: Barack, why haven’t you done your homework?
That’s right, Mr. A Student. Where is it?
Teacher wants to know.
And not just any teacher. William (Bill) Roney has been Yonkers’ Teacher of the Year, recipient of a Disney national teaching award, recognizing him as one of America’s top classroom educators; he was even picked for Ronald Reagan’s teacher in space program until that idea, well, blew up.
The latest fad among politicians is to put our schools in the hands of “entrepreneurs” (as if coming up with a bogus derivative to sell to Iceland is preparation for teaching long division to fifth graders). But I’ve decided to commit a heresy by asking advice on fixing our schools from, heavens!, a teacher. And this one knows his stuff.

Roney modestly suggests, “Before Obama tells children to do their homework, he ought to do his own.”
While I’m disturbed that Obama has adopted George Bush’s war on Afghanistan, Super-teacher Roney is concerned that Obama has, weirdly, inexplicably, adopted Bush’s war on educators, a program best described as No Child’s Behind Left.
Roney has taken a heavy red pencil to the President’s Bush-Lite program, and found five big fat errors that need correcting:
1. Stop stop STOP wasting billions of dollars and millions of school hours on testing testing testing. Measuring your height won’t make you taller. Endless standardized testing, as a substitute for funding, has failed the exam.
(For a taste of these tests, I’ve attached part of an actual one, used in New York, right here.)
2. Enough with the Charter Schools, Mr. President. They’ve flunked out. Draining local budgets to fund a few schools that get to cherry pick the easiest students is not a solution for overloaded classrooms.
Ironically, the rare success stories among charters may have to do with the fact that they are exempt from – you guessed it – standardized testing.
Want to see charter schools in action system-wide, where it’s taken over a city? Go to New Orleans. That’s our Charter School future: Louisiana. Heaven help us.
3. The federal government demands extraordinarily expensive special education programs for the learning disabled. That’s great. But the feds have provided exactly zero to pay for it. That’s not great; that’s school-system suicide. The federal government pays a chintzy 8.4 cents on the dollar for primary and secondary education. The schools are starving and the feds’ response is, “Let them eat tests.”
4. … I’d rather you get lessons 4, 5 and more from Roney himself. Click here for the podcast: Greg Palast interviews Super-Teacher Bill Roney for Cynthia Black’s ActionPoint radio.
And take, notes, Mr. Obama, there will be a test.
********
Greg Palast is the author of the New York Times bestsellers The Best Democracy Money Can Buy and Armed Madhouse.
To sign up for all our podcasts, including the weekly Palast Report on ActionPoint with Cynthia Black.