Go ahead, pop the champagne! 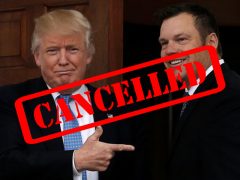 It took us six years of investigating and reporting on the nationwide Jim Crow Interstate Crosscheck purge operation that cost more than 1.1 million voters of color their registrations and elected Donald Trump. But, finally, Kansas, which generates the Crosscheck secret scrub lists for other states, has agreed to kill the program. This effectively ends the entire national purge operation.


Now put down the champagne glass. Put back the cork. We’ve won one battle, but the war still rages for the right to vote.

While our six years of exposés in Rolling Stone, on Al Jazeera and Democracy Now! were crucial in getting 15 states to pull out of the Crosscheck program, a dozen states are still using the old purge lists to remove young voters and voters of color by the hundreds of thousands.

And a new trick, “Purge by Postcard, “ the Jim Crow operation that cost Stacey Abrams the governorship of Georgia, is now sweeping the nation. It’s Crosscheck on steroids.

While our experts are working for Abrams’ non-profit Fair Fight Georgia, the Georgia trickery has now spread to Wisconsin, Ohio and Michigan, key battleground states for 2020

I want thank you for all the support you’ve given us that made these victories possible. But now, we need to take this fight into two dozen other states and win more of these battles.

And we have a wonderful opportunity: The Guardian is partnering with the Palast team to give our 2020 exposés a massive and prestigious national and international platform for print and video reports.

The first, The Purged: The Vanishing Voters of Trump’s America is almost ready. Get your name in the screen credits as a Supporter, Producer or simply support our new investigations for any amount.

Six years ago, US media, not just Fox, was gushing over a program that would hunt down ne’er-do-wells voting twice in the same election in two different states. Through the magic of computers, the secretary of state of Kansas, Kris Kobach, “cross checked“ registration rolls.

NBC and CBS applauded, I smelled a rat. Not one of my US colleagues had asked for the lists of these criminal double voters.

But the Palast team did. And Kobach and his GOP purge partners stonewalled us, refusing to give us the lists of 7.2 million “suspects.”

Through our unique investigative techniques (nothing illegal, no hacking) we got the hit lists for Georgia and Virginia from insiders.

Take a look at this unedited screenshot of so-called double voters:

James Randolph Johnson of Virginia is supposed to be the same voter as James Bidie Johnson of Kansas.

James Hunter Johnson of Virginia is supposed to be the same voter as James Cody Johnson of Kansas.

Note that in this example, not a single middle name matches.

But don’t laugh, these so-called “matches“ were critical to Trump’s supposed victory.

Altogether, we calculated that 1.1 million voters, overwhelmingly voters of color, lost their vote in key states.

Even a Dead Rattlesnake bites

But dangers lurk. First, at least a dozen states are still using the old Crosscheck scrub lists. Astonishingly, this includes Virginia, which the Democrats just won. We are working with Gary Flowers in Richmond, formerly Rev. Jesse Jackson’s Southern States organizer, to kill the voter scrub list in that state.

Second, the settlement signed by Kris Kobach’s successor in Kansas with the ACLU only stops Crosscheck temporarily. The agreement permits Crosscheck to return if the state installs cyber security protections. It’s kind of like putting Al Capone in prison for not paying his taxes, but hey, we take the victories as we get them.

In 2016, Micah Kubic, head of the ACLU Kansas, joined me for the launch of our film, The Best Democracy Money Can Buy, in which I confront Kobach with the secret lists he never thought I would see. Flustered, he lied to me on camera, then lied again and again, though he called me later to try to walk back his fabrications.

Trump tried to make Kobach, his “Purge’n General,” head of a commission to hunt fraudulent voters. Kobach declared he would expand Interstate Crosscheck to all 50 states.

That failed, But here’s the third problem: Crosscheck is just one of 11 Jim Crow tricks we’ve uncovered.

Defeat one, and Jim Crow returns with two.

That failed, But here’s the third problem: Crosscheck is just one of 11 Jim Crow tricks we’ve uncovered. Defeat one, and Jim Crow returns with two.

But let’s savor the victories as they come or we’ll lose our minds.

In 1965, Hank Sanders joined Martin Luther King on the march from Selma to Montgomery, when voting rights for Black people was considered impossible. By the time the marchers reached Montgomery, many beaten and four dead, the Voting Rights Act was introduced, then became law.

Hank Sanders was elected Senator, representing Selma, a giant step forward. But then Sen. Sanders called me down to Alabama. He himself had been purged from the voter rolls by Crosscheck.

He asked me to join him to walk across the bridge from Selma again.

“We have to march across the bridge again. Because if we don’t march forward we go backward.”

So I’m asking you now, “Will you march with us?” 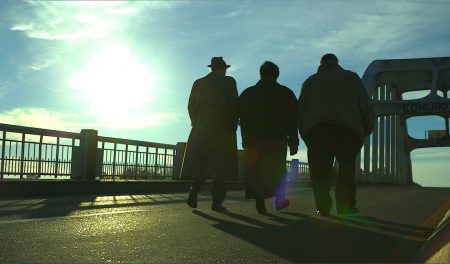 It's election day again in Bolivia, which means all restaurants are closed & the street food vendors have taken over 😎

Outside my polling station there is Peruvian ceviche, Argentinian Choripan & Bolivian fried empanadas 😋 3