Know his name: MAJ Gamaliel Turner. He conceived this weapon that may be Ukraine’s last, best hope of stopping Putin’s cruel armored columns. 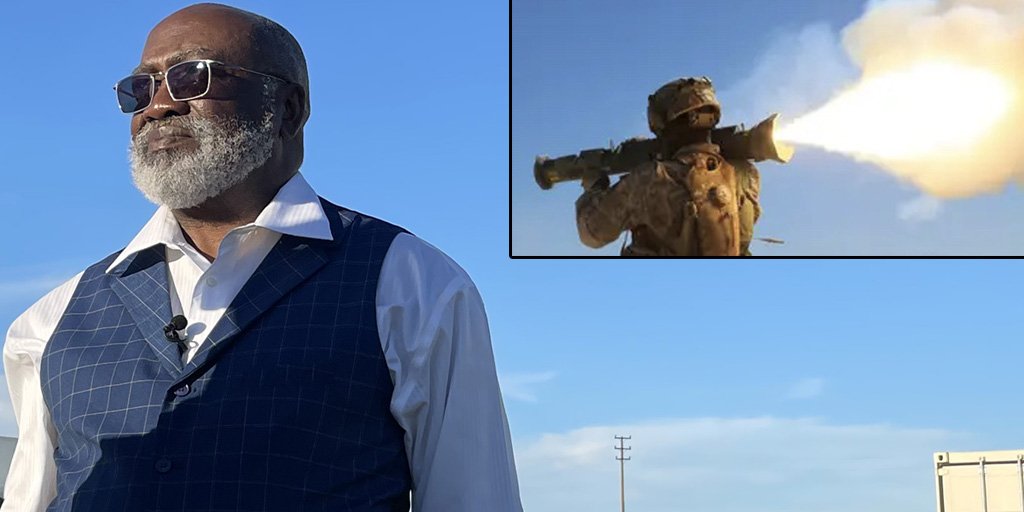 I’m here in this Soldier’s home near Fort Benning Georgia because his ballot was personally challenged by the county Chairman of the Republican Party. We will hunt him and confront him.

In World War II, Black Soldiers called this ‘The War on Two Fronts’: the fight for democracy in Europe — and democracy in America.

On this Memorial Day, as GOP Gov. Brian Kemp parades nearby with his flags, I know what Kemp does not: that Kemp’s freedom and Ukraine’s freedom and my freedom and your freedom depend on this Black warrior’s freedom. On his right to vote.

MAJ Gamaliel Turner, I salute you and thank you for your service. Your service on two fronts.