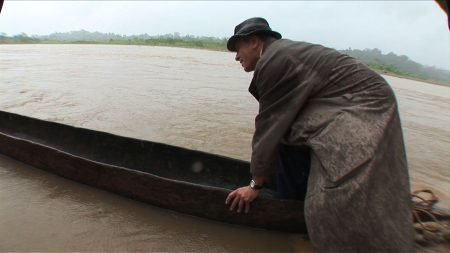 It would all be a poignant joke – except that the indigenous tribe is suddenly the odds-on favorite to defeat the oil company known for naming its largest tanker, “Condoleezza,” after former Chevron director, US Secretary of State Condoleezza Rice. 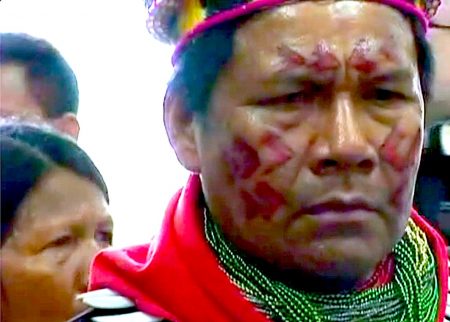 Flying out of the rainforest, past the Andes volcanoes, Palast gets the other side of the story in Ecuador’s capitol, Quito. “It’s the largest fraud in history!” asserts Chevron lawyer Jaime Varela reacting to the Cofan law suits against his company. Chevron-Texaco, Varela insists, cleaned up all its contaminated oil pits when it abandoned the country nearly 15 years ago – except those pits it left in the hands of Ecuador’s own state oil company.

What about the Indian kids dying of cancer? Texaco lawyer Rodrigo Perez asks, “And it’s the only case of cancer in the world? How many cases of children with cancer do you have in the States, in Europe, in Quito? If there is somebody with cancer there, [the Cofan parents] must prove [the deaths were] caused by crude or by petroleum industry. And, second, they have to prove that it is OUR crude – which is absolutely impossible.” The Texaco man stated, “Scientifically, nobody has proved that crude causes cancer.” 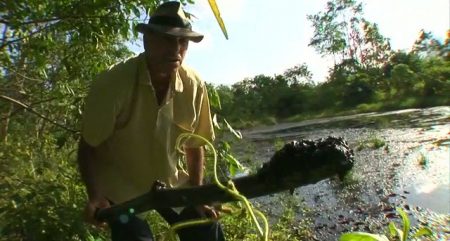 Even if the Indians can prove their case and win billions to clean up the jungle, collecting the cash is another matter. Chevron has removed all its assets from Ecuador.

But, this week, the political planet tilts toward the natives as Alberto Acosta takes office as President of Ecuador’s new Constitutional Assembly. Newsnight catches up with Acosta – who gives Chevron a tongue-lashing. “Chevron is responsible for environmental and social destruction in the Amazon. And that’s why they’re on trial.”

“He LOVES Chavez”
Little Ecuador does not seem like much of a match against big Chevron – whose revenue exceeds the entire GDP of the Andean nation. However, behind Little Ecuador is Huge Venezuela – and its larger-than-life leader, Hugo Chavez. “Acosta,” complains one local pundit to the BBC, “loves – LOVES – Chavez.”

And apparently, the feeling is mutual. That is, Chavez sees in Ecuador’s new government, which won election campaigning to the tune of the Twisted Sister hit, We’re Not Gonna Take it Anymore, a new ally in his fight with George Bush over control of Latin hearts and minds – and energy.

Chevron-Texaco’s largest new oil reserves are in Venezuela; Venezuela stands with Ecuador; and Ecuador now stands with its “affectados,” the Indians and farmers claiming the poisons in their bodies trace right back to the Texaco star.

Suddenly, the David-versus-Goliath story of Little Indians versus Big Oil is becoming part of the larger conflict between Uncle Sam and Uncle Hugo. The outcome is now a cliff-hanger. Indeed, Newsnight has learned that this month, Chevron will face a new legal challenge by Cofan attorneys before US securities regulators to investigate whether the company has fully disclosed to shareholders the massive potential legal liability from the equatorial Rumble in the Jungle.

Greg Palast’s investigation of Chevron’s oil drilling operations in the Amazon for BBC Television Newsnight is included in the DVD compendium Palast Investigates. Get a signed DVD or download the film.