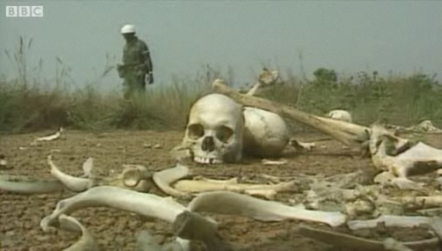 Vultures defend themselves by vomiting on their enemies. In Britain last week, terrified vultures puked up a Tory MP named Christopher Chope.
Two weeks ago, the day after the 25 February broadcast of our investigation on BBC Television of financial vultures preying on the world’s poorest nations, the British Parliament voted to effectively put them out of business in the UK. A rare victory for victims.
But last Friday, MP Chope used a Parliamentary gimmick to kill the bill.
Chope, I should say, has not confessed to the deed. The cowardly little piece of vulture puke would not admit he’d put the knife in the back of the law. However, vulture vomit has a truly vile stench, impossible to wash off; so activists were able to sniff him out.
Vulture funds buy up Third World nations’ debts at pennies on the dollar then sue these nations for ten or a hundred times what the funds paid for the securities. The Debt Relief (Developing Countries) Bill would have barred vultures from using UK courts.
Whether the law ultimately takes effect may depend on the outcome of the UK election. Though all parties in the UK back the anti-vulture law, the Conservatives’ commitment is apparently hobbled by some of their members’ preference for dining on the dead.
When I was in West Africa in February, I met with former UN diplomat Winston Tubman, who asked the vultures, “Don’t you know you are causing babies to die all over Liberia?”
Will the honorable MP Mr. Chope answer the question?
Greg Palast’s investigations can be seen on BBC Television Newsnight.
Sign up to receive Palast’s reports at www.GregPalast.com