Famed indigenous human rights lawyer Steven Donziger had already been under house arrest for over 800 days when he reported to prison on October 27 to begin a six-month sentence. His crime: winning the largest single pollution judgment in history, $9.5 billion, for the Cofan people of the Amazon rainforest in Ecuador.

Was the human rights hero jailed in Brazil or China? No, he was sentenced to prison in the USA. 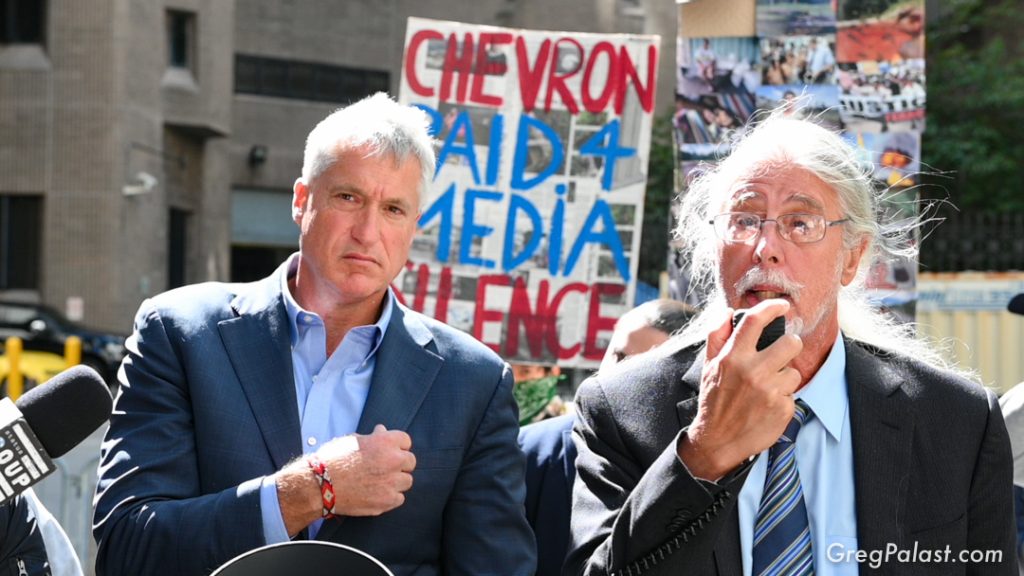 AmazonWatch, 60 Nobel Prize winners and the bar associations of a dozen nations have called for an end to this political prosecution. And, after a two-year judicial review, the United Nations Human Rights Commission has ordered the US to release the human rights lawyer.

The Donziger case has received worldwide attention, from Britain’s Guardian to France’s Canal Plus. But in America’s papers and network news, there is silence about this officially recognized political imprisonment — except for a couple of smear pieces on Donziger in the Wall Street Journal and the New York Times.

We have written about the Donziger case elsewhere. This is about the silence of the US media lambs over this extraordinary, unprecedented human rights story. The mainstream press omerta, punctuated by a few hit jobs, shamelessly repeat the talking points of Donziger’s prosecutor, Chevron Oil Corp.

And therein lies the only conceivable source of the silence: Chevron, Donziger’s nemesis, the oil giant against whom he won the multi-billion dollar judgment to pay for the clean-up of the putrid, poisonous, mess in the Amazon.

The US press covered the UN’s demand that President Putin release dissident Alexei Navalny, but failed to report that the same panel ordered Biden to release Donziger.

Amazon farmer Manuel Salinas shows reporter Greg Palast the oil sludge slathering his property—and the pustules on his arms from the hydrocarbons. Photo: Rick Rowley, from “Rumble in the Jungle” BBC/Palast Fund.

And making the story even more significant: This is the first case in US history of a criminal prosecution by a corporation.

That Donziger has been prosecuted and imprisoned by Chevron is no metaphor. After Donziger won the judgment against Chevron in 2011 in Ecuador, the oil giant filed a racketeering suit in New York against Donziger, claiming he won the Cofan case by offering a bribe to an Ecuadoran judge.

(The Ecuadorian judge admits he never got a dime from Donziger but did take an estimated $2 million from Chevron for “expenses.”)

In the US, Chevron found a judge, former tobacco industry lawyer Lewis A. Kaplan, who denied Donziger a jury trial on Chevron’s civil racketeering claim.  Kaplan found for Chevron, then ordered Donziger to pay the oil company millions of dollars for their legal fees, thereby bankrupting him.

When the judge ordered Donziger to turn over his personal computer to Chevron — the company claimed Donziger was was hiding funds — Donziger asked for an unbiased expert to protect confidential information about his clients.

For Donziger’s temerity, the judge charged him with criminal contempt and placed Donziger under house arrest — an unprecedented punishment for an attorney.

Once again, Donziger, despite facing jail time, was denied a jury trial.

This should have drawn media coverage if only because of the unheard of nature of the legal proceedings; never before in US history had a corporation been allowed to criminally prosecute its own accuser.

Yet….crickets. This story is perfect for PBS Newshour, but there was …nada. Could that be because the national sponsor of the PBS Newshour has been Chevron Oil? Where was MSNBC? NBC? Nada.  Bloomberg dismissed Donziger as a “TikTok hero.”

There was one primetime in-depth story — on The Daily Show on Comedy Central.

Just after Donziger entered Danbury Federal Prison last week to begin a six-month sentence, the New York Times ran a hit job on him by Joe Nocera. The Times smarmily pitches the majesty of the US judicial system against Donziger supporters AOC and other liberal stars. You can hear the sneer:

“Mr. Donziger’s victory in Ecuador was praised as legitimate, and he was widely viewed by progressives as an environmental hero. Sting, the musician, helped raise money for his defense. Greta Thunberg offered her support. Representative Alexandrea Ocasio-Cortez….”

And on it goes.

Nocera, reporting for the self-styled Paper of Record, mischaracterized and downplayed the UN’s judicial ruling and did not mention that Harvard law professor Charles Nesson had filed a formal complaint against Judge Kaplan. (Nesson teaches Chevron v. Donziger to his students as a textbook case of judicial misconduct).

Nor did the Times reporter bother to meet with Donziger, nor attend the court hearing, both just a subway ride away from the Times building,

It is worth noting that the Times assigned Nocera, a writer for the notorious, CEO-licking Business section, while passing over a true expert on the case, The Times‘ own contributing editor William Langewiesche. Perhaps this is because Langewiesche, who for years has followed the trial and reviewed the evidence in Ecuador, portrayed Donziger in heroic terms in Vanity Fair. 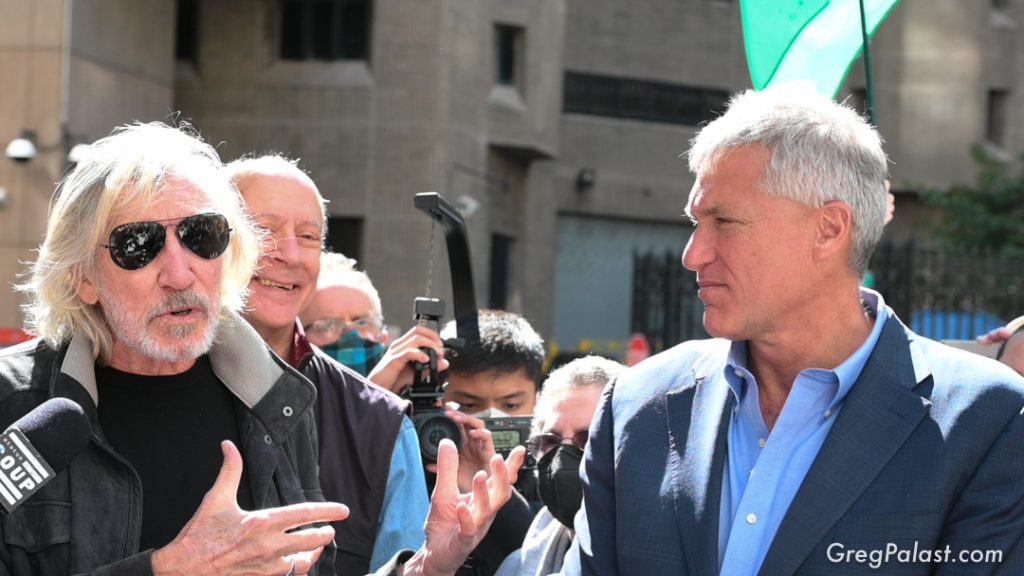 Donziger in his own words, Chevron in theirs

Unlike the Times, The Palast Investigative Fund has spent years tracking the case, including reporting from the Cofan villages in the Amazon for BBC Television.

We met with Chevron lawyers who told us, “First you have to prove crude causes cancer and, then, you have to prove is it our crude oil…which is impossible.” But Ecuador’s courts, and nearly unanimous scientific experts, did find Chevron’s oil spoiled and poisoned the Amazonians. 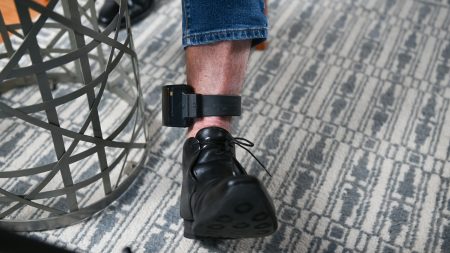 And, unlike the Times, we spoke to Donziger in his apartment in New York where, just before sentencing, he was “celebrating” his 800th day under house arrest wearing an ankle bracelet — completely unprecedented for what is, after all, just the misdemeanor crime of contempt.

Donziger was working with his small team to get the word out about this case via his social media accounts. He is thankful that celebs like Roger Waters (Pink Floyd) and Lucy Lawless (Xena: Warrior Princess) have been using their fame to gain attention to the case.

He is not surprised that the American mainstream media hasn’t taken the cramped elevator up to his 2 bedroom on the Upper West Side.

“The corporate media has a hard time explaining how a guy like me can be abused by two US federal judges,” says Donziger. “I mean, it just doesn’t add up and the framework with which they look at the world. They also are heavily dependent [on] advertising money from the fossil fuel industry, including from Chevron. And, in the case of the New York Times, their main law firm representing the whole institution on First Amendment issues is none other than Gibson, Dunn, and Crutcher, which is Chevron’s law firm.”

While the case got some early publicity on CBS and elsewhere, once Chevron started its attack on Donziger, US network coverage ended swiftly. Few media outlets outside of progressive and environmental media have covered the case, and the pro-business Wall Street Journal‘s reporting on Donziger’s “criminal conviction” was pretty much a re-write of Chevron’s talking points.

It seems that Chevron’s wall of money has paid off. The company, notes Donziger, admits it spent more than a billion dollars in legal bills fighting him and the Cofan.

One can only guess the amount spent by Chevron to buy the silence, if not complicity, of the US media.

Photojournalist Zach D. Roberts is a fellow of the Palast Investigative Fund. Reporter Greg Palast investigated Chevron’s pollution in the Amazon for the British Broadcasting Corporation. 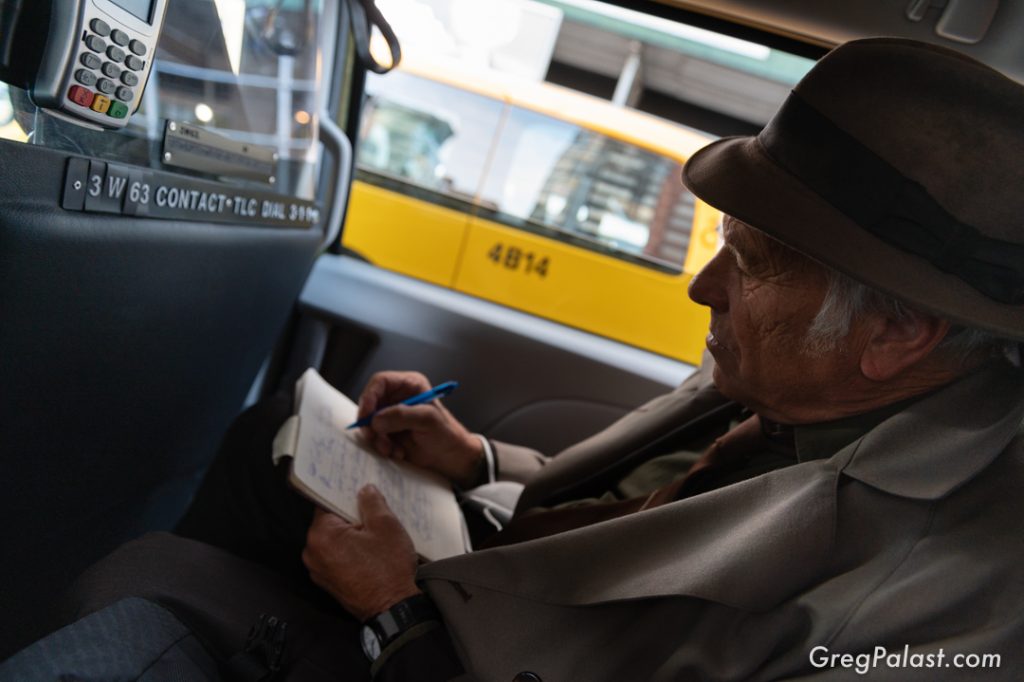 I don’t often ask, but now I must: Please sign up for a monthly donation and subscription to our newsletter. Your $10 or $20 allows us to cover stories like the prosecution of Steven Donziger.
Every monthly contributor will automatically receive new Palast Films or Books when released.

While the NY Times didn’t bother to walk down the street to cover the story, we flew to New York — after we flew to Ecuador. Real investigative reporting requires travel and much more: a team dedicated to months-long, years-long, fact digging.

They can imprison Steven Donziger, but they cannot silence him