Reardon of Marietta, Georgia who is running for Vice-Chair of the state Republican Party, has filed a legal challenge to Horne’s vote — one of 32,379 voters in Cobb County Reardon has challenged under a little-noticed provision of Georgia’s new voting restriction law, SB202.

Reardon, who admits she never met, called nor contacted Horne, accused the African-American of the felony crime of voting illegally because, Reardon says Horne, like the thousands of others Reardon has challenged, does not live in Cobb County.

Our investigations team reached Horne at her home in Cobb County — and confirmed she is a legal voter. Nevertheless, Reardon is challenging her vote. Altogether, Reardon and 87 other operatives have filed challenges under the new law to block a breathtaking 364,000 voters from having their ballots counted.

A review of the list indicates most challenged are voters of color.

In an on-camera interview with this reporter, Reardon stated that she and her fellow challengers, including the Chairman of the Cobb County Republican Party, were given the unverified hit list by True the Vote, a right-wing group out of Houston, Texas. 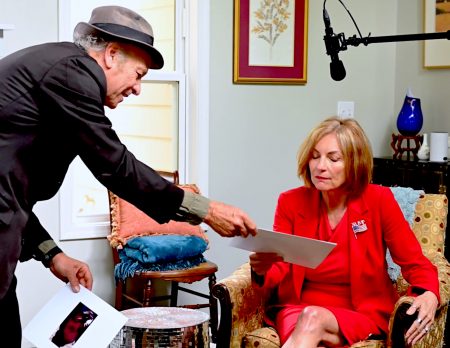 Reporter Palast confronts Reardon with photos of legal voters she is attempting to block.
(photo: Zach D. Roberts for the Palast Investigative Fund.)

Reardon and other True the Vote front-men had originally challenged the counting of these voters’ ballots in December, just three weeks before the Georgia Senate run-off race. Many of these voters had already mailed in their ballots and were unaware of the attempt to prevent them from being counting.

Had the challenges succeeded, it is unlikely that the Democratic candidates would have won their US Senate seats — and the US Senate would have remained in Republican control.

No, we haven’t disappeared. As you can see, we just went undercover. We need your help to complete this investigation of Georgia and save 364,000 voters, stop the ballot blocking disease from spreading to other states and expose the billionaires behind it all.

ACLU: This was an abuse 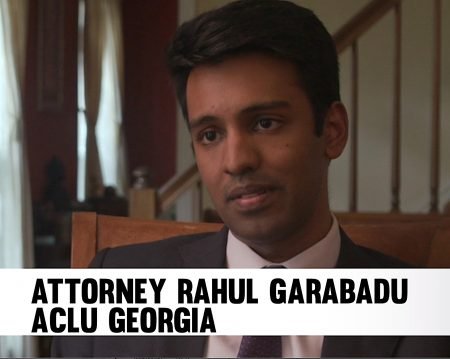 However, in December, the American Civil Liberties Union of Georgia blocked this initial challenge, warning counties that federal law prohibits blockades of voters within 90 days of an election. Many county elections boards also questioned whether one person could reasonably have knowledge of the legal status of thousands of other Georgians.

When informed that True the Vote was resurrecting the challenge under the new Georgia law, Georgia ACLU attorney Rahul Garabadu told us that these mass challenges were dangerous because, “Probable cause requires some individualized suspicion, which means you can’t just print out reams and reams of information … and throw them to a county. The statute didn’t contemplate someone coming to town and challenging hundreds of thousands of voters. This, in our view, was an abuse of that statute.”

But then, in March, the Georgia Legislature changed the statute to allow an “unlimited” number of challenges.

Attorney Gerald Griggs is known for his successful suits against vote suppression tactics on behalf of the Atlanta NAACP. When informed of these wild, unsupported challenges of a third of a million voters, Griggs said that Reardon and friends could be violating the anti-Ku Klux Klan Act of 1871 which makes intimidation of voters a crime.

When Reardon was asked if she was familiar with the Ku Klux Klan law, she replied, “I’m Canadian!” She noted later that she became a voting US citizen in 1994. 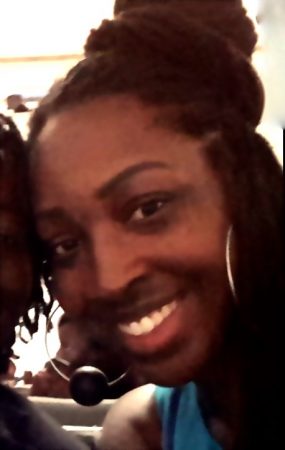 The Palast Investigations team spoke to several of Reardon’s challenged voters. Many had stories similar to Horne, who told our investigators that she had temporarily moved because she lost her job due to Covid and had to sell her home. Horne, who had moved within the County and therefore remains a legal voter, was stunned that her right to vote is challenged, stating, “This is the first I’m hearing about this. They never called me, never wrote me. I’ve been voting in Cobb for years. This is just unfair.”

Reardon stated, “I don’t know anybody that’s moved temporarily because of COVID.”

During an interview filmed at her home, Reardon did not recognize a photo of Horne, claimed she did not recognize Horne’s name. Nor could Reardon recognize another legal voter, Storm Saul, yet she challenged this voter’s ballot, and thousands of others.

I spoke with Saul at his home and verified that he’d cast his ballot legally. He was offended that Reardon and her co-challengers would accuse him and others of a voting illegally, a felony crime.

The state’s own investigation of the November presidential race could not identify a single illegal voter, let alone hundreds of thousands.

Reardon, a local GOP official, is backed by Rep. Marjorie Taylor Greene for Vice-Chair of the Georgia Republican Party. (In February, Taylor Greene was stripped of Congressional committee posts over anti-Semitic conspiracy statements.)

And just in case county officials attempt to reject these renewed mass challenges, another little-noticed clause in SB202 will enforce the voter purge.

Counties, who previously had final say over voter rolls and the counting of ballots, must now accept the challenges. If not, the State Elections Board can dismiss local voting officials. The newly constituted state board is, according to the new law, under the control of Governor Brian Kemp and legislative leaders, all Republicans.

The new board just removed voting rights advocate Helen Butler from the Monroe County Elections Board. Butler, Executive Director of the Georgia Coalition for the Peoples Agenda, was my co-plaintiff in a successful federal suit against then Sec. of State Brian Kemp.

Behind True the Vote is their major funder, the Bradley Foundation, right-wing billionaires based in Milwaukee, Wisconsin, the “new Koch Brothers,” who have dedicated $2 billion to right-wing causes, particularly challenges to voters’ rights in Wisconsin, Michigan, Texas and now Georgia. Should the True the Vote operation succeed in Georgia, it would set a precedent for other states that still have private citizen challenge laws left over from the Jim Crow era.

True the Vote did not respond to our several requests for an interview nor did Jason Shepard, Cobb County Republican Chairman who himself has challenged an additional 16,000 local voters.

Republican Secretary of State Brad Raffensperger has encouraged mass challenges by True the Vote’s so-called “Electors” as a way to get around federal voter protections. On its website, True the Vote quotes Raffensperger, “Though federal law restricts our ability to update our voter registration lists, the Elector Challenge is a vehicle under our law to ensure voter integrity.”

I have attempted several times to speak with Raffensperger without success.

The interview with Reardon concluded when, questioned about the legality of her actions, Reardon ordered me to leave. I did leave immediately, taking note of the several handguns and ammunition boxes lying about, the shotgun leaning next to her front door and photos of Reardon holding an automatic weapon. 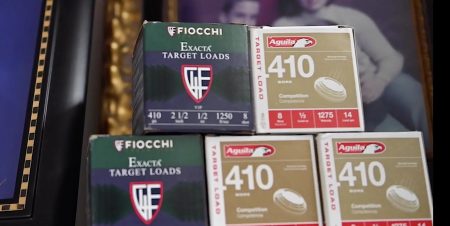 GOP vote challenger Reardon showed us her boxes of ammo and handguns on the coffee table and shotgun next to the front door. Photo: Zach D. Roberts

The stately Reardon, dressed elegantly in a Nancy Reagan-style red dress, concluded her argument with, “You’re an a**hole. F*** you!”

For over 8 years, Palast has been investigating vote suppression in Georgia for Rolling Stone, Black Voters Matter and, for this investigation, The Thom Hartmann Program.