State Senator Doug Mastriano, Donald Trump’s pick in the Republican Primary for Governor of Pennsylvania, spent thousands to lead a busload of protesters to the January 6 “protest” at the Capitol in Washington. 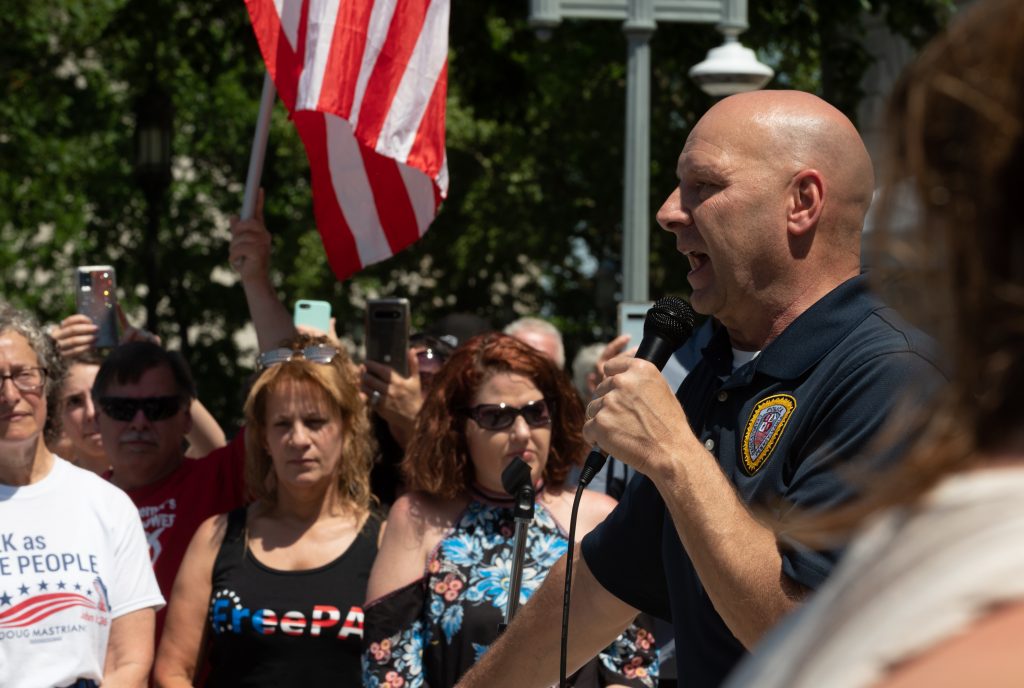 Doug Mastriano, speaking at the ReOpen Rally in Harrisburg, Pennsylvania on June 5, 2021. In the background, wearing a ReOpenPA shirt, is Sandy Weyer, who has been indicted by the DOJ for her actions on January 6, 2021.
Photo: © Zach D. Roberts, 2021.

Mastriano, who regularly records live talks to his Facebook page in front of a Christian Nationalist flag, used that platform and Twitter to spread QAnon conspiracies. 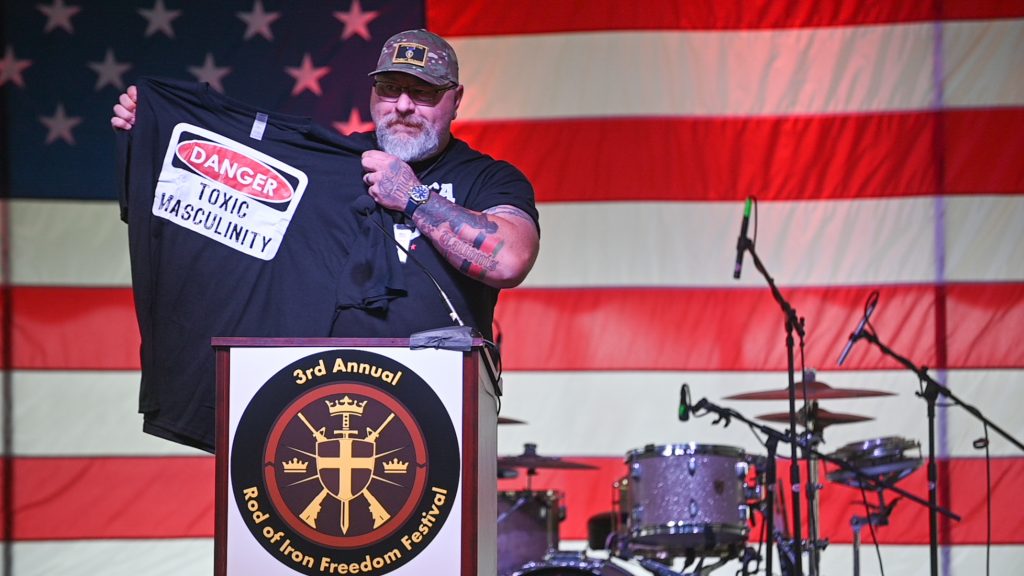 In 2021, I filmed Daniels speaking at the Unification Church — made famous by their worship services that include AR-15’s. He was speaking at the “Save the Nation” conference that saw a series of speeches from far-right religious and political figures decrying America’s move to socialism.

Here is the wannabe Lt. Governor of Pennsylvania:

The next day he spoke at the Rod of Iron Freedom Festival at the Kahr Arms store. It’s an annual event put on by the owners of Kahr Arms — the sons of Reverend Moon of the “Moonies” — a company that makes AR-15’s.