April 9th, 2008
China has barred the press from Tibet for years except on gun-guided tours. In 1993, I entered Tibet as a “tourist.” The photographer I snuck in with me was quickly discovered, her camera smashed, film destroyed. 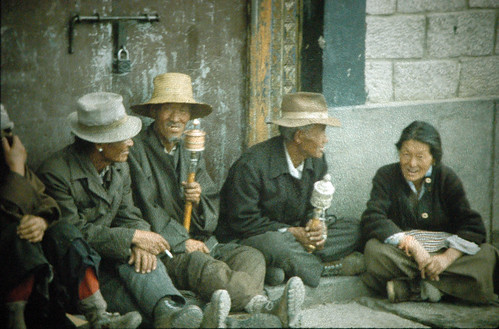 By time the police searched our room, the documents my wife and I carried from the Dalai Lama’s secretariat were safely in the hands of the persons whose names we made certain not to know.
These photos made it out. These are the “rioters” and “splitists,” as the Chinese call them, including this monk, who’d just gotten out of prison after 27 years. After we left his mountain hermitage (followed by police), he raised the flag of the rising sun, symbol of Free Tibet – and was sent back to prison 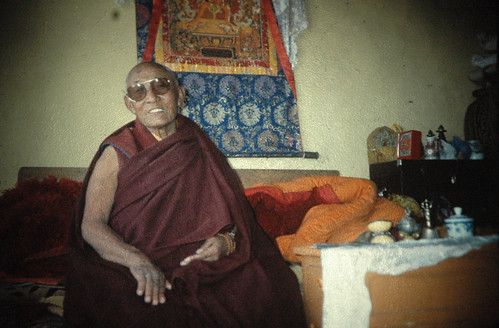 Tibetan monk – before his return to prison.

This is the face of the occupied living under the iron fist of Chairman Rob – Rob Walton, Chairman of Wal-Mart, whose company controls 700 factories in China, none in the US. And that’s what it’s all about: don’t follow the torch. Follow the money. 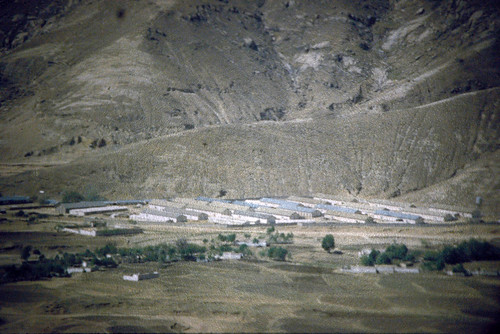 Chinese prison above Lhasa, holding more monks than any monastery. 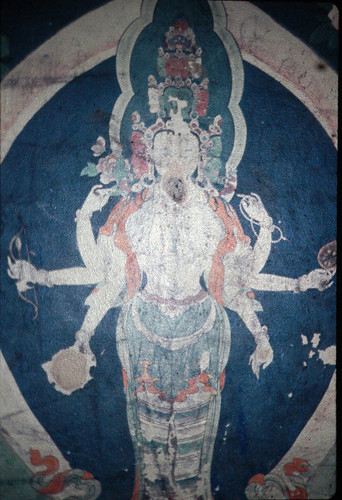