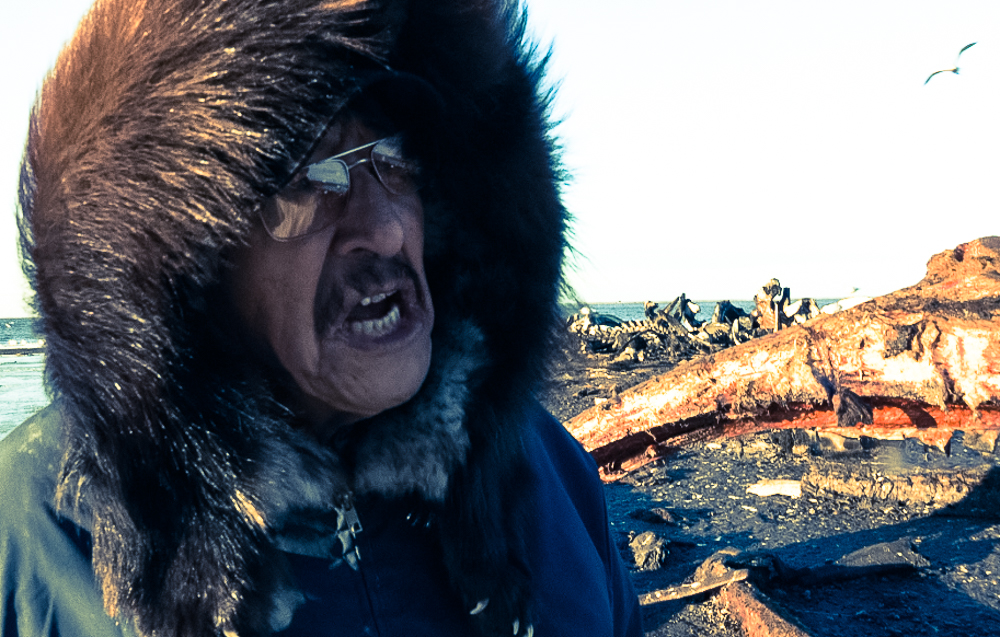 Etok [1943-2015]
His “American” name was Charles Edwardsen Jr.
He died this week, whaling.
I didn’t have any trouble picking him out, even in the pumping lights of the Fairbanks strip club where we were supposed to meet: the leather-dark face, a wolverine pelt sewn into his parka collar with its vicious fangs still attached, and, around his neck, five huge claws of the last polar bear killed by his father. Eskimo bling.
While I’d heard that Eskimos kiss by rubbing noses, the look in Etok’s eyes suggested I wasn’t going to get the nose rub.
“Mr. Palast, we are the last of the Pleistocene people,” he told me. “It would be an honor to help you fuck up British Petroleum and fuck up your Queen, too.”
It was entirely appropriate for Etok, as a head of state, to address his concerns through me, a reporter for British government television, to his diplomatic equal, the Monarch of Windsor; though, as Etok would point out, his realm was larger than Britain, with more resources. And unlike England, Etok’s kingdom had never lost a war. I promised to carry his message back to Her Majesty.

* * * * * * * *
Greg Palast is the author of the New York Times bestsellers, Billionaires & Ballot Bandits, The Best Democracy Money Can Buy and Armed Madhouse.
Make a tax-deductible donation and keep our work alive.
Subscribe to Palast’s Newsletter and podcasts.
Follow Palast on Facebook and Twitter.
www.GregPalast.com