The SECRET Purpose of Trump’s Threat to Delay the Vote

The real purpose of the threat by our Twittiot-in-Chief to delay the election is to lay the groundwork for massive challenges of mail-in ballots. 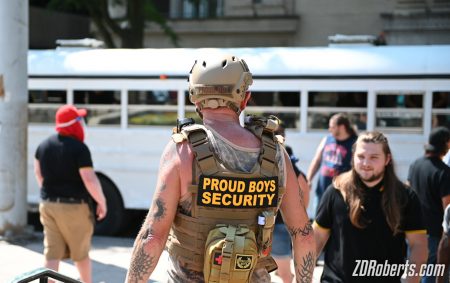 Officially, 1,913,369 ballots were challenged and thrown away in 2016—that’s how Trump stole the last election and how he will steal 2020…they will question your mail-in ballot signature, the color of your ink—and if you put an “X” instead of filling in the little bubble—they’ll junk your ballot.   Yes, Donald, “The 2020 election will be the most INACCURATE & FRAUDULENT election in history” — because your crew is defrauding voters out of their ballots. 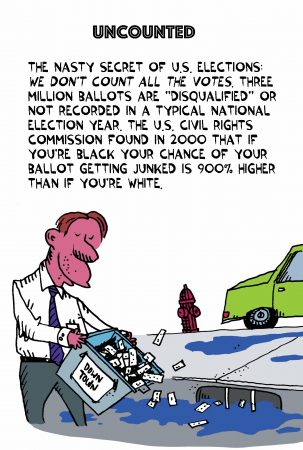 Whose ballots gets challenged?  According to the US Civil Rights Commission which investigated in Florida, the chance of your ballot being challenged and uncounted is 900% higher if you’re Black than if you’re white.

That’s if you get your ballot at all.  According to an MIT study, one in ten voters who request a mail in ballot don’t get one at all, or get it too late to count.  We saw the test run in Georgia in March where the GOP state government delayed the ballot send-out, meaning thousands of African-Americans never received their ballot.

Even the husband of the Executive Director of the ACLU of Georgia got his ballot the day after the election.  (But yes, he was guilty of attempted VWB—Voting While Black.)

Don’t cry; don’t whine:  you can, you must, steal back your vote:  that is, protect it.  We can expose the steal and reverse it.   That’s why I wrote, How Trump Stole 2020—it’s not a prediction, it’s a warning.

I’m watching CNN right now and they’re telling me that Trump doesn’t have the authority to delay the election.

They are missing the f**king point.

Trump doesn’t have to delay the vote.  In America, elections aren’t stolen like they’re stolen in some right-wing fever dream of a movie. There’s no military junta marching down Pennsylvania Avenue, no back alley assassinations like in an episode of House of Cards, no Russians needed.

It’s really hard to make a true-to-life film version of how America gets stolen. Mind you, we tried.  In The Best Democracy Money Can Buy we tried to warn America what was coming. Sadly, it seems that we were too late.

Now three months away from the next Presidential election, Donald Trump is sending out missives to his base:  He’s whipping up his army of Boogaloo bozos in Hawaiian shirts into a frenzy over fraudulent mail-in votes.  No, we won’t get a million bogus ballots from Bolivia, but the facts don’t matter.

So what’s the point?  The point is not to intimidate voters; no one’s scared of these Trumpito pinheads.  Rather, the point is to place “poll watchers” who will challenge every single mail-in vote.  This is what they did in Michigan (See Michigan Michigass) to prevent the counting of 75,355 ballots in Detroit—and that gave Trump a “victory margin” of 10,000 to take Michigan and the White House.

Get the journalism that LaTosha Brown, founder of Black Voters Matter, calls “Invaluable for our community.”… in How Trump Stole 2020 (illustrated by Ted Rall) and learn how to steal it back.

Get it today from your local book store, Amazon, Barnes & Noble or Bookshop.