The Secret History of a Riot

The 800-page gorilla of a report from the House Select Committee to Investigate the January 6 Attack on the Capitol seems strangely silent on a few matters that, apparently, were a bit too uncomfortable for the Committee to take on.

So, buckle up for a discomfiting ride with our investigative team that has been tracking the insurrectionists for years before the Insurrection.

Rioters on the GOP payroll

Yes, the Committee did acknowledge our report that, days before the January 6 storming of the Capitol, Trump ‘bro Ali Alexander, riot instigator, declared,

“Either they take Trump, prove that they won, or we’re not going to hand them back the country again — right? We’ll light the whole sh*t on fire!” 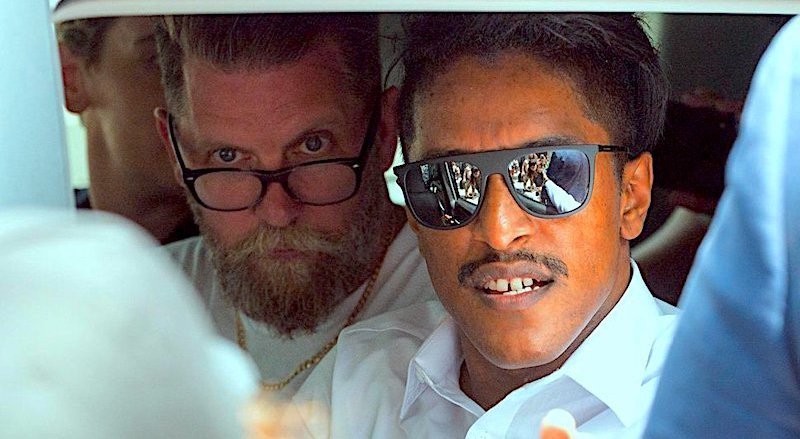 Our investigative photojournalist Zach D. Roberts captured Alexander’s threat, made at a small rally outside the Georgia State House. (Roberts, a specialist at infiltrating right-wing groups, has been tracking Alexander for years—something you’d think the FBI would be doing.)

What the Committee left out: We discovered that Alexander was brought to Georgia by the National Republican Senatorial Committee and the Georgia Republican Party for their get-out-the-vote drive for the Senate run-off races that was to be held on January 5, 2021.

And here’s the stunner: Alexander was brought in by the GOP on January 3, 2021, that is, after he made his threat to burn down government buildings and after he promised a “riot.”

Why did cops NOT seal the crime scene and bust the rioters?

For Law & Crime we investigated a curiosity, a frightening curiosity:  The official police procedure manual and the FBI manual and long-standard operating procedure nationwide requires that in the event of crime involving injury, the crime scene must be sealed and all possible suspects and witnesses held until they are identified, evidence collected, and suspects ‘cuffed and booked.

Yet, in an utterly astonishing violation of protocols and rules, the Capitol attackers–criminals all–were given a free pass out of the building.

The cops did everything but give them a 21-gun salute.

The FBI, Capitol Police and DC Police simply allowed the criminals to leave.  Officers did not take names and they did not take their cell-phones filled with incriminating selfies and texts. Remember, this is a murder scene… and they let witnesses and perpetrators simply waltz away.

When a stray bullet broke the window of my local bar, every person in the bar, in the entire building, was required to stay until cops took down all names as potential witnesses.

Yet, with the nation’s Capitol seized, why was no one stopped, photographed, booked or simply had their name taken as they were escorted out?  The Committee seemed uninterested.

Why? A serious inquiry would have to ask uncomfortable questions about infiltration of the police by ultra-right elements.  The Committee would have had to investigate “blue sympathy” for white supremacists.

In the prior uber-right rallies at the Capitol held in the weeks leading up to January 6, Roberts witnessed cops fist-bumping Proud Boys and allowing them up the Capitol steps (where even our credentialed team is not allowed to tread).

While the Select Committee looked into the Capital break-in, they seemed oddly uninterested in the successful, police-sanctioned getaway.

The White House – and Trump – knew the march was illegal

Working with Consortium News, the Palast team was able to obtain copies of the text messages between members of the group that sponsored Trump’s speech. The texts are shockers. The organizers of the group, while pro-Trump throw-out-the-vote true believers, nevertheless were afraid that after Trump spoke at the Ellipse, Ali Alexander would lead an illegal march to the Capitol.

The group, Women for America First, had promised in writing to the Park Service that they would “not conduct an organized march from the Ellipse.”  Such a march would be incredibly dangerous as, without planning or permit, there would be no police guard, no barricades, no monitors, no control, no warning.

A march was not only illegal; it was also obvious it would lead to an attack on the Capitol.  According to one rally planner, “I mean, it was shocking. It’s something we advocated against doing for exactly the reasons that ended up playing themselves out.”

What they didn’t figure on is that the illegal march would be announced by none other than President Trump himself—though the insiders insisted they had admonished the White House about their promise to the Park Service and police.

Trump, by setting off the march, is directly culpable for the effect of his call.  Furthermore, Alexander—who led the march alongside Alex Jones, said that he was told by Caroline Wren, Trump’s campaign finance advisor, to start the march from the parking lot behind the Ellipse. Jones insists the order came from the White House—which has not challenged his account.

If Proud Boys chief Enrique Tarrio can be indicted for inciting the riot even though he was not near the Capitol, surely our Justice Department should be reading the Miranda warning to the guy who knowingly violated the law and set the murderous march in motion:  Donald Trump.