For Truthout
I can’t take it anymore. All week, I’ve watched Nelson Mandela reduced to a Barbie doll. From Fox News to the Bush family, the politicians and media mavens who body-blocked the anti-Apartheid Movement and were happy to keep Mandela behind bars, now get to dress his image up in any silly outfit they choose.
It’s more nauseating than hypocrisy and ignorance. The Mandela Barbie tells us in a squeaky little doll voice, not his own, that apartheid is now “defeated” – to quote the ridiculous headline in the Times.
Poor Mandela. When he’s not a doll, he’s a statue. He joins Martin Luther King as another bronzed monument whose use is to serve a new version of racism, Apartheid 2.0, worsening both in South Africa – and in the USA.  (CONTINUED BELOW)

The ruling class creates commemorative dolls and statues of revolutionary leaders as a way to tell us their cause is won, so go home. For example, just six months ago, the US Supreme Court overturned the key parts of the Voting Rights Act, Dr. King’s greatest accomplishment, on the specious claim that, “Blatantly discriminatory evasions are rare,” and Jim Crow voting practices are now “eradicated.”
“Eradicated?” On what planet? The latest move by Florida Republicans to purge 181,000 voters of color – like the stench from the shantytowns of Cape Town – makes clear that neither Jim Crow nor Apartheid have been defeated. They’re just in temporary retreat.
Nevertheless, our betters in the USA and Europe have declared that King slew segregation, Mandela defeated apartheid; and therefore, the new victims of racial injustice should just shut the f$#! up and stop whining.
The Man Who Walked Beside Mandela
To replace the plastic and metal Mandelas with flesh and blood, I spoke to Danny Schechter. Schechter knew Mandela personally, and more deeply, than any other American journalist. One of the great reporters of our generation, Schechter produced South Africa Now, a weekly program seen on PBS, from 1988-91, bringing Mandela’s case to Americans dumbed and numbed by Ronald Reagan’s red-baiting. 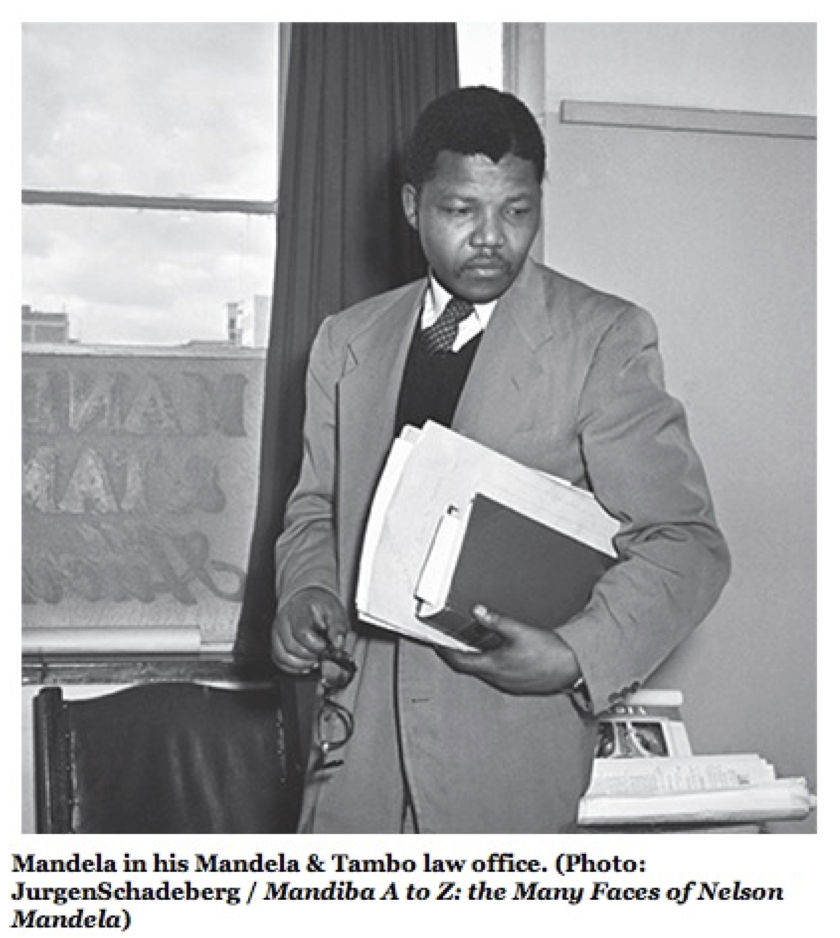 Schechter notes that George W. Bush kept Mandela on the Terrorist Watch List — no kidding — even after Mandela was elected President.
Schechter has just completed the difficult job of making the official documentary companion to the Hollywood version of Mandela’s life, Long Walk to Freedom.
The fictional movie is about triumph and forgiveness. Schechter’s documentary, Inside Mandela, and book, Madiba A to Z: The Many Faces of Nelson Mandela, has this aplenty. But knowing Mandela, Schechter includes Mandela’s anger, despair and his pained legacy: a corroded South Africa still ruled by a brutal economic apartheid. Today, the average white family has five times the income of a black family. Welcome to “freedom.”
The US and European press have focused on Mandela’s saintly ability to abjure bitterness and all desire for revenge, and for his Christ-like forgiveness of his captors. This is to reassure us all that “good” revolutionaries are ones who don’t hold anyone to account for murder, plunder and blood-drenched horror – or demand compensation. That’s Mandela in his Mahatma Gandhi doll outfit – turning the other cheek, kissing his prison wardens.
Schechter doesn’t play with dolls. He knew Mandela the man – and Mandela as one among a group of revolutionary leaders.
Mandela’s circle knew this: You can’t forgive those you defeat until you defeat them.
Despite the hoo-hah, Mandela didn’t defeat apartheid with “nice” alone. In the 1980s, says Schechter, South African whites faced this reality: The Cubans who defeated South African troops in neighboring Angola could move into South Africa. The Vietnamese who had defeated the mighty USA were advising the ANC military force. Mandela was Commander-in-Chief.
And so, while Mandela held out a hand in forgiveness – in his other hand he held Umkhonto we Sizwe, a spear to apartheid’s heart. And Mandela’s comrades tied a noose: an international embargo, leaky though it was, that lay siege to South Africa’s economy.
Seeing the writing on the wall (and envisioning their blood on the floor), the white-owned gold and diamond cartels, Anglo-American and DeBeers, backed by the World Bank, came to Mandela with a bargain: black Africans could have voting power . . . but not economic power.
Mandela chose to shake hands with this devil and accept the continuation of economic apartheid. In return for safeguarding the diamond and gold interests and protecting white ownership of land, mines and businesses, he was allowed the presidency, or at least the office and title.
It is a bargain that ate at Mandela’s heart. He was faced with the direct threat of an embargo of capital, and taking note of the beating endured by his Cuban allies over resource nationalization, Mandela swallowed the poison with a forced grin. Yes, a new South African black middle class has been handed a slice of the mineral pie, but that just changes the color of the hand holding the whip.
The 1% Rainbow
In the end, all revolutions are about one thing: the 99% versus the 1%. Time and history can change the hue of the aristocrat, but not their greed, against which Mandela appeared nearly powerless.
So was Mandela’s life a waste, his bio-pic a fraud? Not at all. No man is a revolution.
We have much to learn from Mandela’s long view of history, his much-lauded pacific warm-heartedness as well as his much-concealed cold and cruel resolve. The crack in the prison wall of apartheid, the end of racial warfare, if not yet racial peace, is a real accomplishment of Mandela – and his comrade revolutionaries – most of whose names will never be cast in bronze.
Reading Schechter’s new book Madiba (as Mandela is known to Black South Africans) and seeing Schechter’s un-Hollywood film, you can take away one strong impression: From Moses to Martin to Mandela, our prophets never reach the Promised Land.
That is for us still to accomplish. The journey is long. Start walking.
* * * * * *
Greg Palast’s new film Vultures and Vote Rustlers was released this week.
Greg Palast is the author of the New York Times bestsellers Billionaires & Ballot Bandits,The Best Democracy Money Can Buy, Armed Madhouse and the highly acclaimed Vultures’ Picnic.
HELP US FOLLOW THE MONEY. Visit the Palast Investigative Fund’s store or simply make a tax-deductible contribution to keep our work alive!
Subscribe to Palast’s Newsletter and podcasts.
Follow Palast on Facebook and Twitter.
www.GregPalast.com