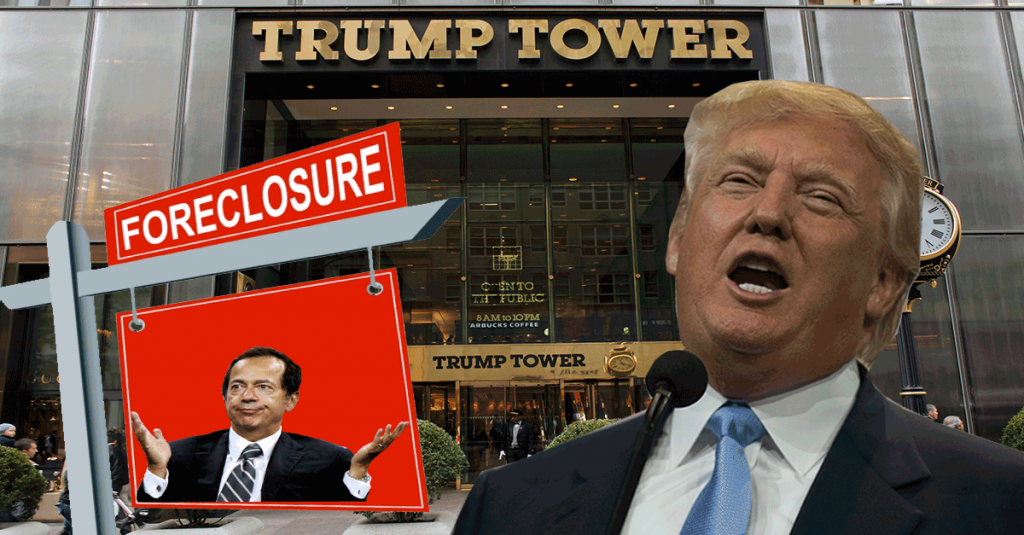 Trump desperately needs to get his tiny hands on some cash to fund his presidential campaign. On TV, Trump may play the role of a gazillionaire, but the reality of his reality TV persona is that it’s all paid for with other people’s money. His self-funding pledge is going the way of all Trump’s promises – down the gilded crapper. This week on The Best Democracy Money Can Buy: Election Crimes Bulletin, we focus on where and how Trump is going to get his campaign funds – and the deal he’s made with Wall Street’s devils in order to get it.