The Ex-Con Con-Job
North Carolina to allow ex-cons to vote, too bad the Dems are MIA on registering them.

North Carolina courts ruled to allow ex-cons to vote even if they haven’t paid old fines. The GOP is freaking. Here’s why: a University of Minnesota study found 89% of ex-cons vote Democratic, no matter their color. Too bad the Democrats are MIA on registering ex-cons. I’ve calculated that over 9 million ex-cons are ELIGIBLE to vote — but need help and guidance getting through the berzerko rules for ex-cons to register — which ain’t so easy for non-cons either. Check out “The Ex-Con Con-Job” in the last edition of The Best Democracy Money Can Buy, written in 2016 (before Florida voted to end their ban on ex-con voting). Here ’tis: 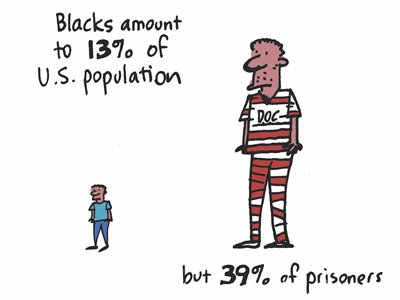 And by the way, ex-cons can vote. In all but six states, almost anyone convicted of a felony crime who’s served their sentence can vote.

In only three states (Kentucky, Virgina, and Florida) is there a near-total ban on voting by ex-cons. Another seven Ku Klux Klan states restrict ex-cons’ civil rights. (That’s not a cheap slur: the felon-voter ban was drafted and passed by Klansmen-controlled legislatures during Reconstruction.)

The ex-con vote is potentially bigger and more significant to the outcome of the 2012 presidential race than the Hispanic vote.

The number of ex-cons in the US is 19.8 million — and growing fast. One in eleven Americans has a felony conviction. More than sixteen million of them are eligible to vote — and according to Professor Jeff Manza, about 89 percent vote Democratic or would if they could.

So how come no one’s talking about it? How come the Obama campaign doesn’t say, “We may be behind in the white male demographic, but we’ve more than made up for it among ex-felons”?

Again, I’m not talking about ex-cons not allowed to vote in Ku Klux Florida, nor about the seven million Americans serving time. I’m talking about the vast majority of ex-cons who have served their sentences and now have the right to vote, don’t know it, and don’t act on it.

Why aren’t these citizens registered?

Partly, it’s because no one in power will defend the rights of the least powerful people in America. (Actually, that’s not true: the armed wing of the GOP has worked hard to protect the rights of ex-cons and future cons to get a gun.)

The only presidential candidate in the last half-century to stand up for the right of ex-felons to vote is Secretary Hillary Clinton.

Back to my question: How is it that maybe ten million ex-cons, eligible to vote, don’t?

To a great extent, it’s because, like the ex-governor of Massachusetts, they don’t know the law.

And politicians want to keep it that way. So they lie. The myth that ex-cons can’t vote is so strong (and politically useful) that it’s easy to convince these citizens, and even some elections officials, to bar felons from voting. Colorado wasn’t alone in conducting massive ex-con purges without a legal justification. 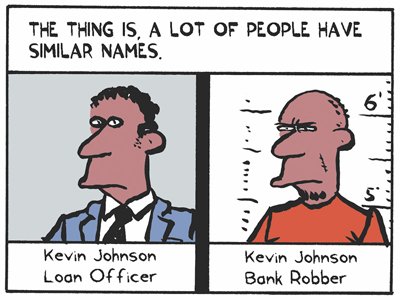 And sometimes, the con by the politicians is deliberate. In 2000, when I discovered that Katherine Harris had targeted ninety-one thousand legal voters as felons barred from voting, I obtained from a nervous insider in Harris’s office the info that thousands on the list were ex-cons who had the right to vote. Furthermore, there were another forty thousand ex-cons in Florida with the right to vote — but who were barred anyway.

Huh? These forty thousand ex-cons had moved to Florida. As most states don’t take away your right to vote, you can’t suddenly lose that right merely by driving over the Florida state line. That violates federal law. The law in question is called the Constitution. The “comity” clause in that document prevents one state from ignoring the court judgments of another.

Staring at the computer screen for several hours, coming back to it and staring again, this is what I discovered: On September 18, 2000, Governor Jeb Bush’s office ordered every county clerk in the state to block or purge the registration of citizens with convictions in other states. The order came down after one clerk refused to “break the law” by denying someone their vote without a specific order from the governor. So, the governor’s office literally ordered the clerks to commit a federal crime, to violate the Voting Rights Act and Constitution.

When I blew the whistle, it was already too late. The felon purge had allowed George Bush to claim victory on the basis of a rigged vote.

While US newspapers didn’t give a damn, the US Civil Rights Commission was wowed by the info and demanded the state of Florida open its files to investigators. The commission backed my finding that thousands of black voters without any record were purged as “felons.” Harder to find was evidence that ex-cons from other states had been purged illegally and deliberately.

So I called Katherine Harris’s office and told a clerk, “Katherine said she got a letter from Governor Bush’s office telling her to order the purge of ex-cons from other states. She’d like me to see it. Could you send me a copy?”

And ten minutes later, in my fax machine, there it was—the smoking gun still smoking: 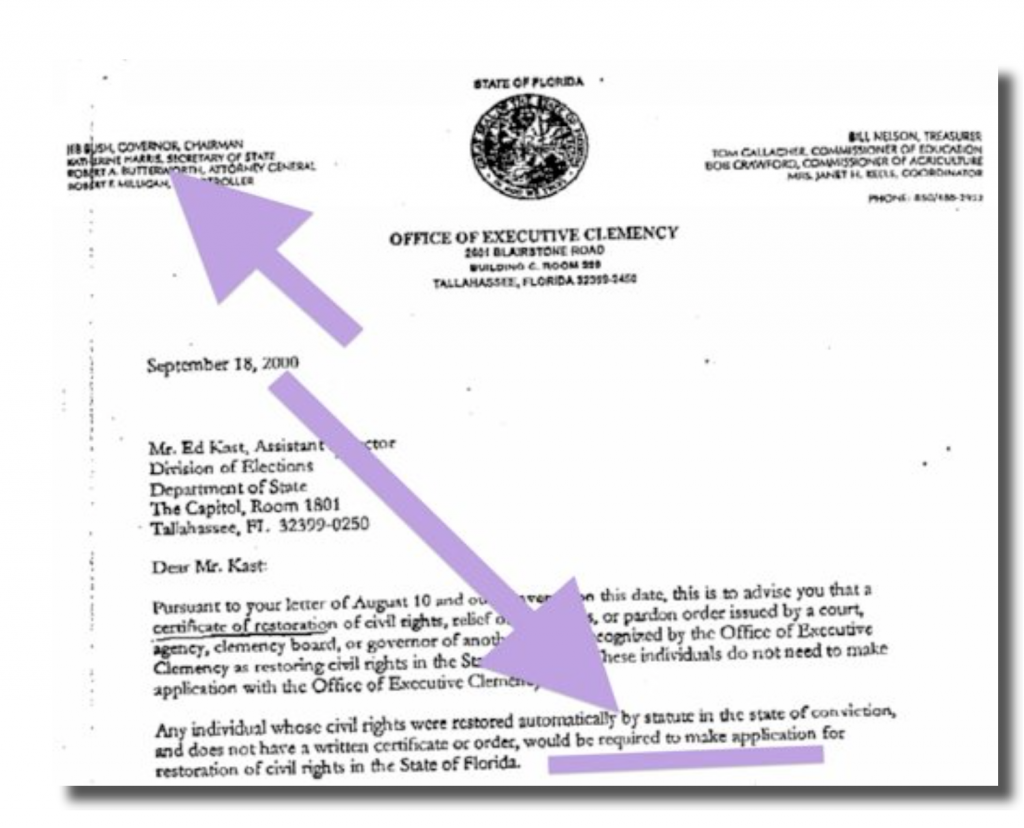 So, do I believe Katherine Harris should be allowed to vote? Or Jeb Bush? After all, they committed a felony crime, violating both the Civil Rights Act and the Voting Rights Act. I say, let them vote — but only after they’ve served their time.

Oh, yeah: that’s not a minor point. No state stops criminals from voting, only cons, people convicted of crimes, crimes like “doing a little blow,” as Barack “Little Blow” Obama put it. Crimes like possessing pot, like Bill “But I Didn’t Inhale” Clinton, or “lots of blow,” as George W. “That Was a Long Time Ago” Bush might say.

I found an ex-con who’d moved to Florida and I informed him that he could vote. That came as quite a surprise to the Reverend Thomas Johnson, who had sued the state to overturn the ban on his voting, not realizing he already possessed the right. (It took his lawyers from the ACLU by surprise as well. Like I told you, this is not an easy issue to understand.)

Reverend Johnson had sold crack in New York, went to prison, came out, found God, and went to work with ex- cons in Gainesville, Florida.

He told me, “We must bring people who’ve paid their price to society back into that society. Give them a stake in it.” Well, that’s fancy talk. In most of the world, since the fall of the Soviet Union, you don’t become a non-citizen because of a prison term long ago served.

So, when, armed with the court order, Reverend Johnson went back to register at the Alachua County office, which had turned him away, they were stunned to see the militant African American’s voter form. The surprised clerk peered at the form and told him, “Well, if we’d known you were going to register as a Republican, we wouldn’t have turned you down.”

Why would a black man register for the party that tried to block his registration? Well, he could say that, after all, it was the Democratic Party that drafted all the Jim Crow laws, and the only two governors to actively work against the ban on ex-con voting were a Republican governor of Florida, Charlie Crist, and a governor of Texas, George W. Bush.

In fact, Obama owes his knife-edge victory in Florida in 2008 entirely to Crist’s allowing a few thousand ex-cons the vote. The GOP punished Crist and threw his political career to the alligators. Florida GOP hacks re-banned “felon” voters. Sympathy for the ex-slave citizenry is gone.

A University of Minnesota study by Jeff Manza and Christopher Uggen confirmed that the presidency in 2000 was determined by the ex-con wipeout. They also calculated that seven Senate seats, and control of Congress, also went to the GOP via the ex-con con. In 2012, muscled up with their HAVA purge powers, GOP secretaries of state were preparing to take Congress again with the ex-con con, especially, I discovered, in Ohio, Colorado, Arizona, Wisconsin, and, of course, the Sunblind State.

If Obama had lost Florida, it would have been wholly due to the tens of thousands of out-of-state ex-felons and in-state faux felons purged, blocked, or barred from the voter rolls.

(It’s only fair, I suppose, for the Republicans to lynch by laptop: the laws were originally passed by Democratic legislatures using the catchy slogan, “End the Danger of Negro Dominance.”)