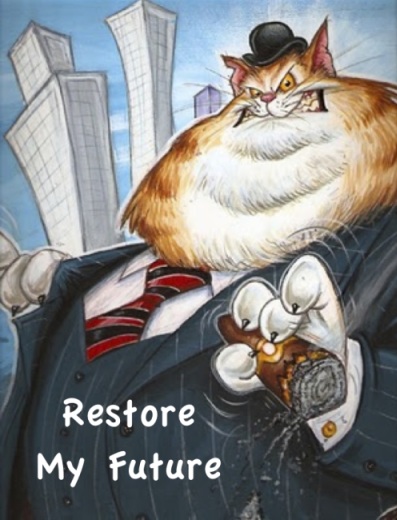 We know that Paul “The Vulture” Singer, Romney’s Daddy Warbucks, organized the “grassroots” campaign to replace Romney with Gov. Chris Christie back in September.
That flopped, so Singer and the billionaire boys’ club that courted Christie moved over to Romney. Not that they had a choice. They knew Moonrocks Gingrich, who thinks he’s running for Master Jedi, and Saint Santorum who thinks he’s running for pope, would end up road kill in November.
But despite their million-dollar checks for Romney’s campaign, the billionaires are handling the ex-governor with very long and slippery tweezers. The fact that Singer and the Koch brothers went on bended knee to Christie means they are just nauseated over Romney, a man losing a war with the English language and his own tax returns, carrying their standard against President Obama.

These billionaires are smart men. Devious men. I’ve followed them for years, and they do nothing in a straight line. The super PAC that Singer and the gang control, Restore Our Future, is supposed to be for Romney. But it’s not; it’s for Singer and Bill Koch. The future they want to restore is their own, not yours or mine – or Romney’s.
Now, if your ultimate goal is to beat Obama and you need Christie to do it, you want the GOP race to end in a brokered convention. Then, the billionaires become the brokers. In the best of all worlds for these super PAC men, no candidate gets the 1,144 delegates needed to win. Restore Our Future can then restore the nomination to Christie (or, say, Sen. Marco Rubio, or both), someone who can win.
So, think about it. The Singer-Koch super PAC has access to more money than Fort Knox. It has raised over $30 million and has left as much as half sitting unspent. Yet, they didn’t bother to run major ads in cheap media markets like Grand Junction, letting Romney go down in Colorado by less than 4,000 votes.
For a few bucks, they could have sealed it for Governor Romney this week. But they chose not to. Why?
By moving money in and out of selected primaries like a piston, Restore Our Future can shoo Santorum and Gingrich away from the nomination – and, with a bit of luck, the Romney campaign ends up in Tampa dead on arrival.
Then the Vulture and the Richie Rich Club can gnaw at Romney’s political corpse and regurgitate the nomination for the cat’s paw of their choice.
****
Greg Palast is the author of Vultures’ Picnic: In Pursuit of Petroleum Pigs, Power Pirates and High-Finance Carnivores, released in the US and Canada by Penguin.
You can read Vultures’ Picnic, “Chapter 1: Goldfinger,” or download it, at no charge: click here.
Support the Palast Investigative Fund and keep our work alive.
Subscribe to Palast’s Newsletter and podcasts.
Follow Palast on Facebook and Twitter.
GregPalast.com