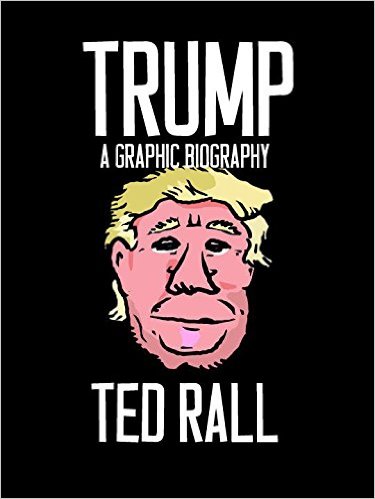 I know, I know. You’ve decided that Donald Trump is some bloviating bottle-blond bigot whose fans all have beer bellies bigger than a Volkswagen Beetle and barf up racist spume in place of considered political discourse.
OK, we’ve got photographic evidence to back you up.
But if that’s as far as your analysis takes you, then think about this: I was in Dayton, Ohio, where laid-off auto workers couldn’t decide between Trump and Bernie Sanders.
They aren’t “angry,” as snooty NPR pundits tell us. And how would these pontificating putzes know about working people? They wouldn’t be caught actually talking to a Trump/Sanders supporter. The Trumpen proletariat aren’t “angry,” they’re like every other voter: they’re voting in the interest of their families’ futures.

And for two-and-a-half decades, the elites that gave us the Clint-stones and The Drone Ranger and the Bush bandits have watched Dayton and Detroit and any city where a blue collar used to mean a union paycheck go to hell.
Yes, I know Hillary has recently located her inner Bernie. But then she picked free-trade, free-baser Tim Kaine as her running mate.
And that’s why you must must must read Ted Rall’s “Trump.” It is as much a history of the sell-out of the working man by the Democratic and Republican Parties as it is a biography of the Comb-over King.
Who created Trump?  In the end, candidates are the sums of our dreams and nightmares, the dark side of nasty little souls.  You know another President Clinton will be a wink and a nod to the globalists. So why not just bet your ballot on Trump.  It’s no different than going to a Trump casino.  In the end you may lose; but at least you got a moment of fun at the slot machine.
But Ted also gets you the real inside.  I love when he tells us that he actually reviewed Trump’s loan application-a Fantasy Island document just this side of fraud-when he was a bank flunky in his younger years.
Just as interesting as Ted’s revelations about The Donald’s net worth is his noting that Hillary has a net worth of $111 million.  Not bad for a “public servant.”
And if you think that Trump is using racist “dog whistles,” Ted reminds you that Ronald Reagan launched his 1980 Presidential bid in the Mississippi town where three civil rights workers were lynched, and talked about “states rights.”  It was practically a celebration of the murders.
And let me remind you.  This is a journalist with more courage in his pinkie than the Washington Press corps has in its shriveled soul.   He lost his job at the LA because he took on police brutality-and the Times attempted to smear him.  (Read my reports.)
Now, Rall, a fellow of the Palast Investigative Fund, is fighting back in court against the LA Times‘ shameful kow-towing to official bullies.
So, donate $50 for a copy of Rall’s “Trump” – signed by the Ted himself – and we’ll donate half the funds to keep his journalism alive and half the funds to keep my journalism team alive. (We are in final post-production on our film on the upcoming theft of the 2016 election: The Best Democracy Money Can Buy-a Tale of Billionaires & Ballot Bandits.)
If the truth means something to you, read Ted, support Ted in his fight against the LA Times and for gosh sakes, make sure in this election that everyone’s vote counts-including those Trump calls, “rapists”.
Check out Ted’s other books…