enough shocks in his life, I see no reason not to comply.
Now that I’ve met Andrew, I can tell you: he’s not some sensationalist fruitcake. He’s a sincere guy with a damn good question: why not count the votes, America? Andrew will be providing on-the-ground reports for us from Florida over the coming election season.
Apologies for the awful puns.
Air- Greg Palast
The Palast Report on Clout with Richard Greene
on The Air America Radio Network
IT’S NOT THE VOLTS, IT’S THE VOTES!
by Zach Roberts
GregPalast.com
The student shocked by a taser gun last month at the University of Florida while questioning Senator John Kerry will be providing regular reports on e 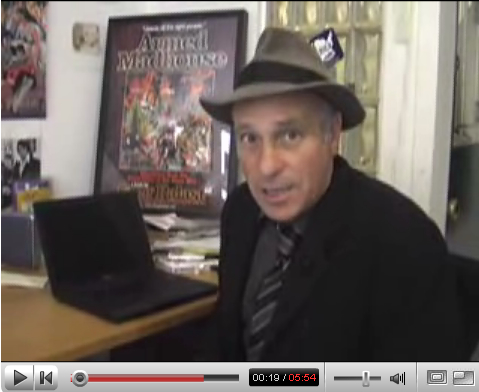 lection shenanigans for Air America’s ‘Clout.’ The program, hosted by Richard Greene carries the Palast Report weekly. Andrew will be interning with the Palast team as a journalist in training.
Palst is in contact with Kerry’s office to see if the Senator will answer Meyer’s question on air – without an armed guard.
Meyer, who appeared Thursday morning on the Today show sandwiched between reports on Britney Spears, Oprah Winfrey and Heather Mills, was the only guest who

managed to sneak in a matter of substance on the gossip and title broadcast. Meyer told Today that the real issue isn’t the volts he received, but the votes uncounted.
As he told NBC earlier, “The first question I asked the Senator [Kerry] was about his concession of the 2004 election. Greg Palast, author of ‘Armed Madhouse,’ the book I was holding up at the forum, proved that John Kerry won the 2004 election. The ultimate point I was trying to make was to bring up the heinous way millions of American votes were chucked in the garbage on Election Day.”
In Armed Madhouse, and in stories for Harpers Magazine and BBC Television Newsnight, Palast reported that Gainesville, Florida, where Meyer attends school, is the center of attacks on the rights of Black voters. In 2000, Governor Jeb Bush ordered the illegal purge of thousands of voters, the majority of them African-American, as felons who did not have the right to vote. One was Pastor Thomas Johnson of Gainesville, ironically, a personal friend of Jeb Bush – but an African-American and so, said the pastor, improperly barred from casting a ballot.
In 2004, the Palast BBC Team discovered that African-American voters Florida, including soldiers on active duty, were the targeted by “caging” lists disseminated by Karl Rove’s assistant for the purpose of wrongly blocking their right to vote. Congressman John Conyers, Chairman of the House Judiciary Committee, has begun an investigation of this voter caging scam.
Meyer said he wanted to know why Kerry, who said he’s read the Palast investigative reports, so rapidly conceded the Presidential race in 2004, thereby abandoning these African-American voters. Currently, Meyer is on assignment to follow up on the fate of Florida’s disenfranchised voters as a student intern with the Palast team.
“I’ve told Andrew,” said Palast, “If you’re going to ask tough questions, for God’s sake, wear a grounding wire.”
In 2001, Palast, while filming for BBC Television, was himself removed from the Office of Katherine Harris after asking her elections supervisor about the purge of Black voters. Palast’s removal is captured on the BBC Film, “Bush Family Fortunes.”
*****************
Greg Palast is the author of the New York Times bestseller, Armed Madhouse: From Baghdad to New Orleans — Sordid Secrets and Strange Tales of a White House Gone Wild.
Subscribe to Palast’s writings and view his investigative reports for BBC Television’s Newsnight, at www.GregPalast.com.