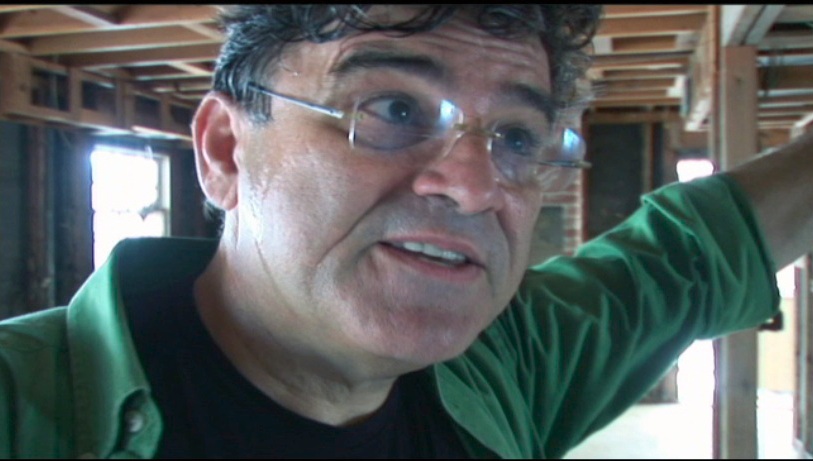 By Matt Pascarella
Editor's note: The assault on press freedom continues. Here investigative journalist Matt Pascarella, himself a recent target of federal authorities, reports on the latest development in the Josh Wolf case. Pascarella caught up with Wolf for an extensive video interview shortly before he left New York to return to custody in California. GNN's Anthony Lappé also met up with Wolf and filed this blog.

HUFFINGTON POST- EAT THE PRESS | Scott Thill
Good news from the edge of reality: Exxon has changed its mind. It was only days ago that they were employing the help of their subsidiary known as the Department of Homeland Security to put a Gitmo scare into Greg Palast and Matt Pascarella for filming the oil powerhouse's Baton Rouge refinery — and about a thousand Katrina refugees being held behind barbed wire near it

September 14th, 2006
Forget the orange suit. Exxon Mobil Corporation, which admits it was behind the criminal complaint brought by Homeland Security against me and television producer Matt Pascarella, has informed me that the oil company will no longer push charges that Pascarella and I threatened “critical infrastructure.”
The allegedly criminal act, which put us on the wrong side of post-9/11 anti-terror law, was our filming of Exxon's Baton Rouge refinery where, nearby, 1,600 survivors of Hurricane Katrina remain interned behind barbed wire.

It's true. It's weird. It's nuts. The Department of Homeland Security, after a five-year hunt for Osama, has finally brought charges against… Greg Palast. I kid you not. Send your cakes with files to the Air America wing at Guantanamo.
Though not just yet. Fatherland Security has informed me that television producer Matt Pascarella and I have been charged with unauthorized filming of a “critical national security structure” in Louisiana.

Read More…Palast Charged With Journalism in The First Degree

Matt Pascarella discusses the Mexican Election with Pokey Andersen of KPFT’s Sunday talk-show, The Monitor. Matt Pascarella is an award winning researcher and producer for investigative journalist Greg Palast. He was on assignment in Mexico covering the Presidential Election. To see his pictures from Mexico…