"We Don't Need No Stinkin' Recount"

Mexico’s Lesson In The Dangers Of The Paper Ballot
for The Guardian, Comment is Free
Monday August 7, 2006
In the six years since I first began investigating the burglary ring we call “elections” in America, a new Voting Reform industry has grown up. That’s good. What’s worrisome is that most of the effort is focused on preventing the installation of computer voting machines. Paper ballots, we’re told, will save our democracy. 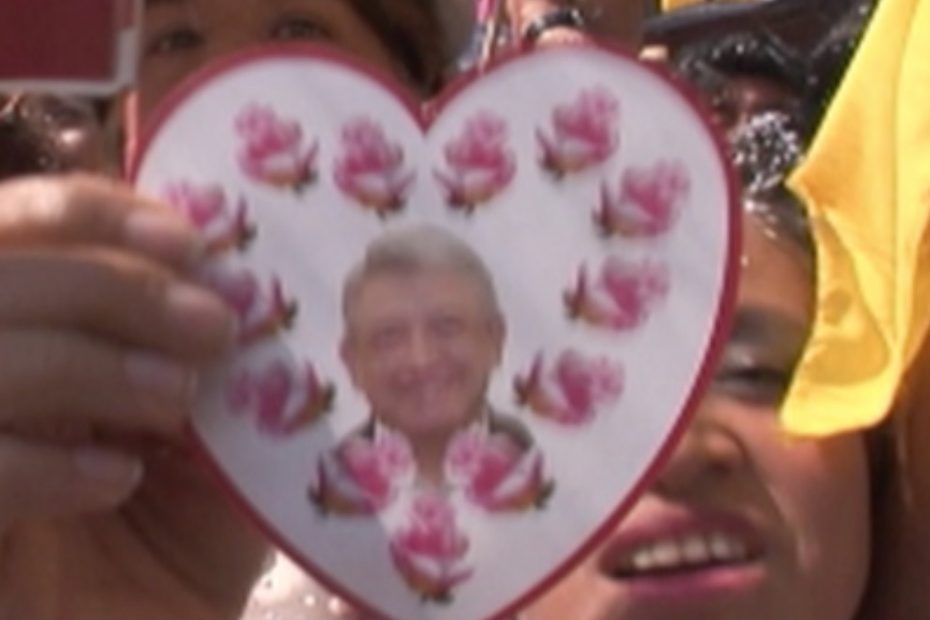 The results may not seem so miraculous if you take a look at these voter sheets. This is from a district in Guanajuato, which shows that Calderon picked up 192 votes, but Obrador, the challenger, got only 12. And here’s how this miraculous total can be explained. We were given a videotape of a poll worker, seen here stuffing ballots into the unguarded cardboard ballot box. Mexico has virtually zero

Mexico City: It ain't Over 'til it's Over

While much of the world believes Felipe CalderÃ³n has been officially declared Mexico’s next President, it is not true. At least not yet.
(Mexico City) Last week the Electoral Commission, IFE, announced the results of a country-wide count of tally sheets – sheets that are attached to each ballot box – they found that Felipe CalderÃ³n (PAN) was ahead of LÃ³pez Obrador (PRD) by around 0.5%. To CalderÃ³n, there is no question that he is

Three days following Mexico’s election and the next president has yet to be decided
(Mexico City) Last night the Mexican Electoral Commission, IFE, announced the final results from PREP, the commission’s Preliminary Election Results System. Felipe Calderon, the conservative candidate, is now leading by only 0.6% above Lopez Obrador, the left leaning candidate, but 2,581,226 ballots have yet to be counted.
The reason, according to IFE, these ballots have not been included is due to

As a gringo, the first thing you learn upon arriving in Mexico City is that you do not take unauthorized taxis. In 2003, Mexico had the second-highest number of kidnappings in the world, with some 3,000 reported cases. The second thing you learn is that all the studying in the world will give you at best a cursory understanding of this country’s electoral politics.
Here, on the eve of what could be considered only Mexico’s 2nd multi-party democratic election in the last seventy years, feelings run unbelievably strong on all sides. With the fact that 94.5% of all eligible Mexican citizens are registered to vote, one gets the sense that the newfound democracy the country has created over the last six years is taken with more sobriety than we tend to give it in America. Aside from holding the election on a Sunday, a law is in place called La Seca which forbids the consumption of alcohol during the day before and the day of the election.
The top two candidates are reminiscent of what you would find back in the States.
There is Andres Manuel Lopez Obrador better known to the locals as AMLO. He represents the PRD, the Party of the Democratic Revolution. AMLO, an unapologetic leftist, is the former Mayor of Mexico City, and is running, according to locals we’ve talked to, “on a promise of hope.”
On the other side, you have Felipe Calderon Hinojosa, the former minister of energy under the current president, Vincente Fox. Calderon could be considered the typical favorite of the elite in any country – he was educated at Harvard and a lot of his rhetoric revolves around more neo-liberal economic themes.
After the Calderon campaign hired foreign advisors, an attack campaign was launched against Obrador – the likes of which has never been seen in Mexico. The ads, blasted over the airwaves, were evocative of American style electioneering and appeared very similar to the Swift Boat campaign against John Kerry during the 2004 Presidential election in the United States. One of the ads went so far as to compare AMLO to Hugo Chavez, the President of Venezuela. There were also ads saying that if AMLO were elected people would lose their homes. Eventually, it was taken too far and the federal election commission, IFE, had to step in.
Call it the typical fight, promises versus fear.