Why are Christie and the Kochs
in my driveway?
It’s time to subpoena the Committee for Our Children’s Future

Far more insidious, more corrosive and dangerous than the Governor of New Jersey playing traffic warden is the story of Gov. Chris Christie’s secret meetings with a gaggle of billionaires — and the legality of the spending by the front organization set up following these hidden hugger-muggers. 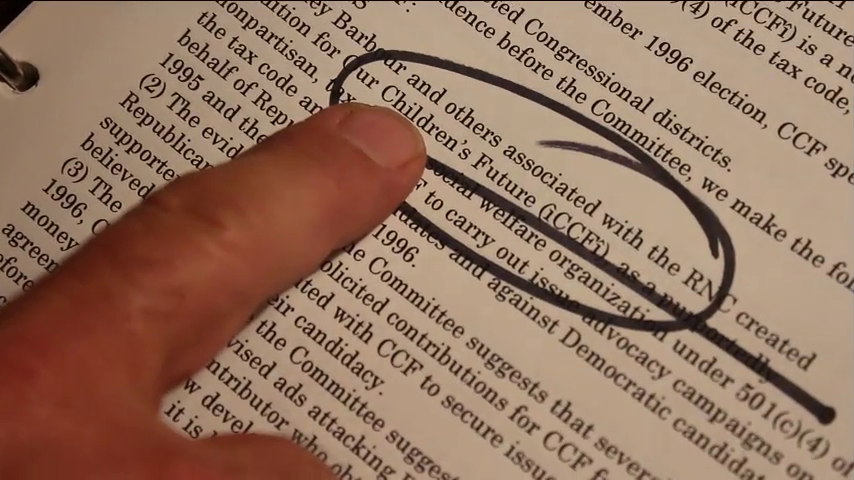 In 2012, a tax-exempt “social welfare organization” called Committee for Our Children’s Future, CCF, ran a series of TV ads telling America that Governor Christie has performed more miracles in New Jersey than Jesus did with loaves and fish. The New York Times found some old college chums who said they set up the “Children’s” crusade for Christie. But the ads cost about $6 million. The Times didn’t ask how Christie’s buddies, not wealthy guys, found the six big ones.

But CCF was not started in 2012. When I heard “Children’s Future,” my nose started twitching. I smelled Koch.

Get the full story of Chris Christie and his Koch addiction in the book, Billionaires & Ballot Bandits: Greg Palast investigative Karl Rove, the Koch Gang and their Buck Buddies and the film of the investigation on the DVD Vultures & Vote Rustlers.

The whiff of sulfur took me back to seven thick investigation binders nearly two decades old – each one marked “KOCH.” In Volume 3, I found it: CCF–Campaign for Our Children’s Future.

Just days before the 1996 election, “Campaign for our Children’s Future,” previously unheard of, paid for some of the most vicious END_OF_DOCUMENT_TOKEN_TO_BE_REPLACED