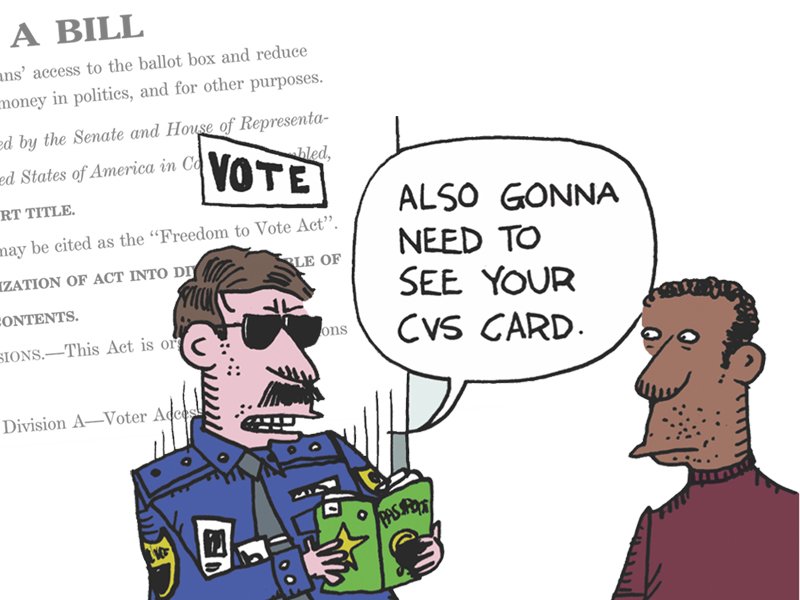 Background Briefing: Freedom to Vote Act
It has improvements, it has detriments, and there's an awful lot that's missing. An awful lot.

The Freedom to Vote Act has been put together by a group of Democratic Senators and Joe Manchin, who is now trying to sell it to his Republican colleagues before a vote, which is supposed to take place as early as next week according to Senate Majority Leader Chuck Schumer. In this edition of the Background Briefing, we discuss what is in the bill as well as what is not. Given that it is highly unlikely that… READ MORE