Steve Bannon, Kris Kobach and the ‘We Build the Wall’ Scandal

Former Kansas Secretary of State Kris Kobach, creator of the Crosscheck voter purge program, is once again in the middle of a corruption scandal. 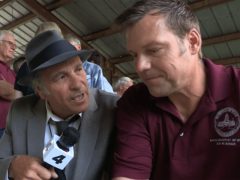 Palast and Kobach, from The Best Democracy Money Can Buy.

Kobach is founding attorney for the self-styled “non-profit,” We Build the Wall, whose co-founding board members have been indicted for looting the organization. Kobach, Steve Bannon and Bannon’s alleged co-conspirators promised donors that it would use all funds to build a wall on the Southern border to keep out immigrants who’ve never heard of airplanes.

Bannon, President Donald Trump’s former campaign manager, Advisory Board Chairman of ‘We Build The Wall, was taken into custody by the Postal Inspectors while “social distancing” on a $35 million yacht.

The US Justice Department spokesman, releasing the indictment on Thursday, said:

“As alleged, the defendants defrauded hundreds of thousands of donors, capitalizing on their interest in funding a border wall to raise millions of dollars, under the false pretense that all of that money would be spent on construction… As alleged, not only did they lie to donors, they schemed to hide their misappropriation of funds by creating sham invoices and accounts to launder donations and cover up their crimes, showing no regard for the law or the truth.”

The Palast Investigative Fund has been on Kobach’s trail since 2014 — as detailed in Greg Palast’s new book, How Trump Stole 2020. [Read the excerpt on our Kobach hunt.]

Palast, who directed the investigation for Al Jazeera and Rolling Stone, said:

“The irony is delicious: Kobach, Trump’s Vote-Thief-in-Chief, called me in 2016 to proudly announce that he’s the one who told Trump that he could force Mexico to pay for the wall. It’s weird that, after scamming America with the ludicrous claim that Mexicans would pay the bill, Bannon and Kobach shamelessly suckered millions of bucks out of the pocket of the MAGA rubes.”

Here’s our file on Kris Kobach, as featured in our movie, The Best Democracy Money Can Buy. 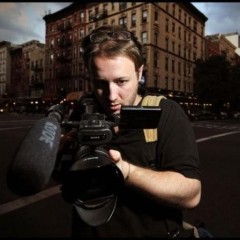 Zach D Roberts is an investigative photojournalist who covers far-right extremism, and voter suppression in America. He covered the Unite the Right Rally in Chalottesville and his work there helped put four white extremists in jail. He also co-produced Greg Palast's The Best Democracy Money Can Buy.

GOP Trail of Tears: Giving Thanks to Indigenous Voters https://soundcloud.com/user-835943867/gop-trail-of-tears-giving-thanks-to-indigenous-voters

This is a new impediment to low-income, urban voters and students, groups that vote overwhelmingly Democratic, just prior to the January 5 run-off election for Georgia’s two US Senate seats. - https://go.shr.lc/2Jglppo via @Greg_Palast