On Thursday, November 16, Hollywood came out in support of the Palast Investigative Fund, the

not-for-profit foundation that supports the research team behind the writings and films of investigative reporter Greg Palast.
The evening at the Beverly Hills home of Jodie Evans, a Code Pink founder and Max Palevsky, was sponsored by Norman Lear, founder of People for the American Way, Alec Baldwin, Bonnie Raitt, Ed and Cindy Asner, Larry David and other film and music luminaries to raise funds for the Palast team’s new work, including “The Theft of 2008,” the continuation of the investigation into the manipulation of US elections.
Rocker Jackson Browne [“Lives in the Balance”], who has helped fund Palast’s work, said that everyone in his recording studio had read his copy of Palast’s bestseller, “Armed Madhouse: Dispatches from the Front Lines of the Class War.” Browne did not say if the others were forced to read it under duress.
Palast said, 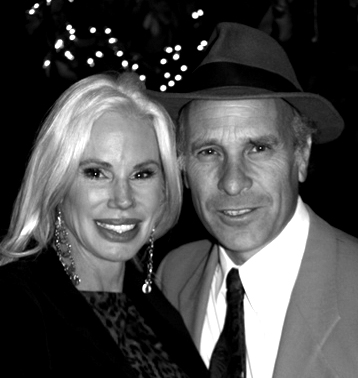 “I’ve never done anything like this before. This is the only way we can fund investigations and provide the film to Democracy Now! or even BBC TV, which simply can’t cover the cost of our two-years digging into what is really keeping us in Iraq or how they’re going to fix the next election. There were 3 million votes cast and un-counted on November 7 — the Democrats may have won, but not democracy. In 2008, we’ll miss those 3 million. I want to investigate now, not after the White House is heisted.”
Palast told Air America’s Bree Walker, who attended wearing hot pink leopard skin print pants, “It’s really something to see this crowd out for investigative reporting. Most 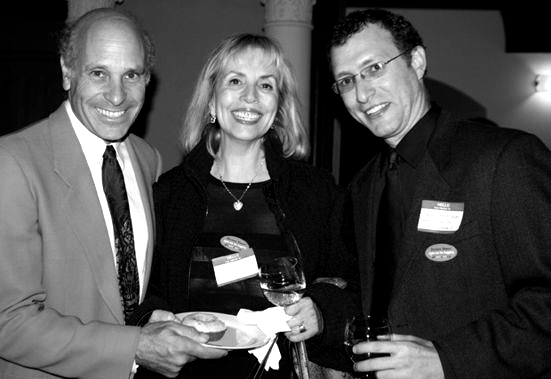 of these stars are working class kids like me who made it out of a combination of talent and luck — and haven’t forgotten that down the hill from here is a city and a nation and a planet that’s just bleeding. I don’t know if hard facts heal wounds, but certainly soft lies and deep bullshit can kill us all.”