So, Osama walks into this bar…

From Armed Madhouse: just so we don’t forget… 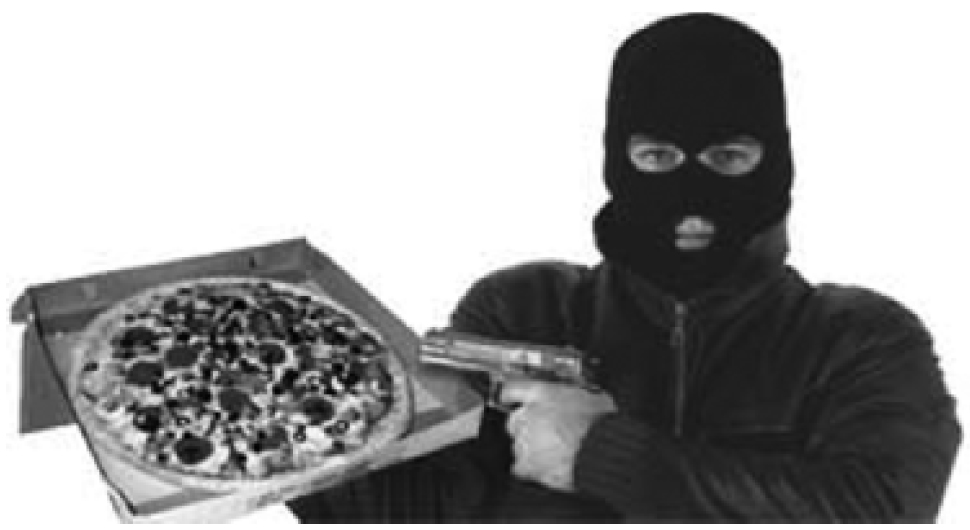 So, Osama walks into this bar, see? And Bush says, “Whad’l’ya have, pardner?” and Osama says…
…But wait a minute. I’d better shut my mouth. The sign here in the airport says, “Security is no joking matter.” But if security’s no joking matter, why does this guy dressed in a high-school marching band outfit tell me to take off my shoes? All I can say is, Thank God the “shoe bomber” didn’t carry Semtex in his underpants.
I’m a bit nervous. It’s a “YELLOW ALERT” day. That’s a “lowered threat” notice. According to the press office of the Department of Homeland Security, lowered threat Yellow means that there will be no special inspections of passengers or cargo today. Isn’t it nice of Mr. Bush to alert Osama when half our security forces are given the day off?

Hmm. I asked an Israeli security expert why his nation doesn’t use these pretty color codes.
He asked me if, when I woke up, I checked the day’s terror color.
“I can’t say I ever have. I mean, who would?” He smiled.
“The terrorists.” America is the only nation on the planet that kindly informs bombers, hijackers and berserkers the days on which they won’t be monitored. You’ve got to get up pretty early in the morning to get a jump on George Bush’s team.
And who will get us next? Don’t assume they’ll be clutching Korans. Another Hurricane Katrina and America won’t need to look abroad for insurgents. Until September 11, 2001, the deadliest terror attack in American history was carried out by an all-American Gulf War veteran.
Outside the war zones we create, organized terror’s power is diminishing, and for George Bush and Tony Blair, that is a political problem. That’s why the attack by the loony London teenagers in 2005 was such a boon to the Al-Qaeda addicts in the White House and Downing Street: They needed a new terror fix. Even if it wasn’t the real Al- Qaeda, it was enough for Bush and Blair to mainline into the body politic a big, fat dose of fear.
Once they had the world media all jumped up on a new fear high, Bush and Blair could resume their sales pitch for their two-barrel cure: less liberty, more weaponry.
Our leaders are counting on cowardice in the hearts of the heart- land. In 2004, the Republicans’ unstated reelection campaign slogan was, “They are coming to get us.” Americans, scared for their lives, soiled their underpants and waddled to the polls crying, “Georgie, save us!”
From his bunker, Mr. Cheney has created a government that is little more than a Wal-Mart of Fear: midnight snatchings of citizens for uncharged crimes, wars to hunt for imaginary weapons aimed at Los Angeles, DNA data banks of kids and grandmas, even the Chicken Little sky-is-falling Social Security spook-show.
In 1933, Franklin Roosevelt calmed a nation when he said, “We have nothing to fear but fear itself.”
Today, George Bush says, “We have nothing to sell but fear itself.”
*
Fear is the sales pitch for many products: from war on the Euphrates to billion-dollar submarines. Better than toothpaste that makes your teeth whiter than white, this stuff will make us safer than safe. It’s political junk food, the cheap filling in the flashy tube.
Real security for life’s dangers””from a national health insurance program to protecting teachers’ jobs, would take a slice of the profits of the owning classes, the Lockheeds, the Halliburtons, the JP Morgans. The War on Terror has become class war by other means.
*
Oh, hey, you never got the punch line. So Osama walks into this bar, see, and George Bush says, “Whad’l’ya have, pardner?” and Osama says, “Well, George, what are you serving today?” and Bush says, “Fear,” and Osama says, “Fear for everybody!” and George pours it on for the crowd. Then the presidential bartender says, “Hey, who’s buying?” Osama points a thumb at the crowd sucking down their brew. “They are,” he says ”” and the two of them share a quiet laugh.
On us.
********
This is an excerpt from Greg Palast’s New York Times bestseller, “Armed Madhouse: Who’s Afraid of Virginia Wolf and other Strange Tales of a White House Gone Wild.” Penguin 2006.
Subscribe to Palast’s Newsletter and podcasts.
Follow Palast on Facebook and Twitter.
GregPalast.com