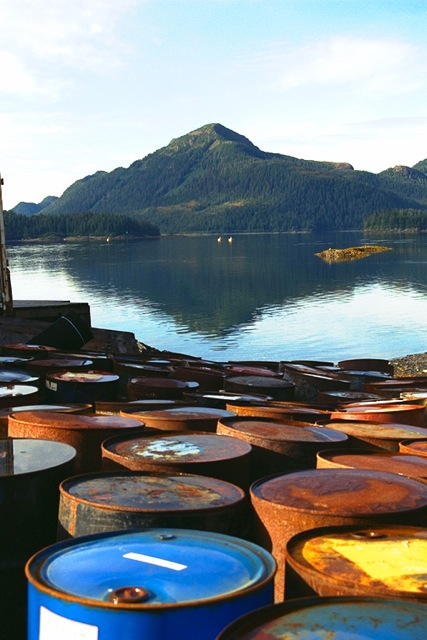 With the Gulf Coast dying of oil poisoning, there’s no space in the press for British Petroleum’s latest spill, just this week: over 100,000 gallons, at its Alaska pipeline operation.  A hundred thousand used to be a lot.  Still is.
On Tuesday, Pump Station 9, at Delta Junction on the 800-mile pipeline, busted.  Thousands of barrels began spewing an explosive cocktail of hydrocarbons after “procedures weren’t properly implemented” by BP operators, say state inspectors. “Procedures weren’t properly implemented” is, it seems, BP’s company motto.
Few Americans know that BP owns the controlling stake in the trans-Alaska pipeline; but, unlike with the Deepwater Horizon, BP keeps its Limey name off the Big Pipe.
There’s another reason to keep their name off the Pipe:  their management of the pipe stinks.  It’s corroded, it’s undermanned and “basic maintenance” is a term BP never heard of.
How does BP get away with it?  The same way the Godfather got away with it:  bad things happen to folks who blow the whistle. BP has a habit of hunting down and destroying the careers of those who warn of pipeline problems.

In one case, BP’s CEO of Alaskan operations hired a former CIA expert to break into the home of a whistleblower, Chuck Hamel, who had complained of conditions at the pipe’s tanker facility. BP tapped his phone calls with a US congressman and ran a surveillance and smear campaign against him. When caught, a US federal judge said BP’s acts were “reminiscent of Nazi Germany.”
This was not an isolated case. Captain James Woodle, once in charge of the pipe’s Valdez terminus, was blackmailed into resigning the post when he complained of disastrous conditions there. The weapon used on Woodle was a file of faked evidence of marital infidelity. Nice guys, eh? 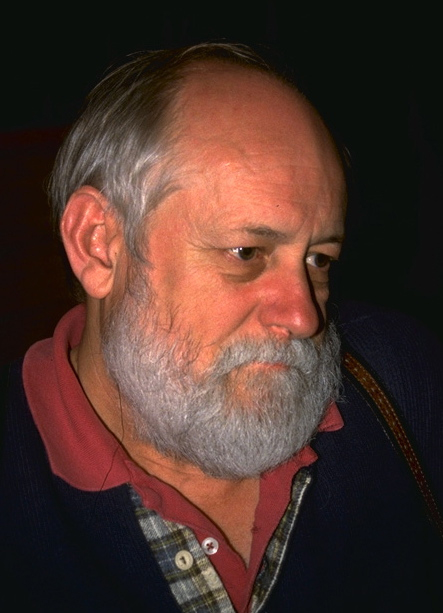 Two decades ago, I had the unhappy job of leading an investigation of British Petroleum’s management of the Alaska pipeline system. I was working for the Chugach villages, the Alaskan Natives who own the shoreline slimed by the 1989 Exxon Valdez tanker grounding.
Even then, a courageous, steel-eyed government inspector, Dan Lawn, was hollering about corrosion all through the BP pipeline. I say “courageous” because Lawn kept his job only because his union’s lawyers have kept BP from having his head.
It wasn’t until 2006, 17 years later, that BP claimed to have suddenly discovered corrosion necessitating an emergency shut-down of the line.
It was pretty darn hard for BP to claim surprise in August 2006 that corrosion required shutting the pipeline. Five months earlier, Inspector Lawn had written his umpteenth warning when he identified corrosion as the cause of a big leak .
BP should have known about the problem years before that … if only because they had taped Dan Lawn’s home phone calls.
BP:  Red, White and Bush
I don’t want readers to think BP is a foreign marauder unconcerned about America.
The company is deeply involved in our democracy. Bob Malone, until last year the Chairman of BP America, was also Alaska State Co-Chairman of the Bush re-election campaign. Mr. Bush, in turn, was so impressed with BP’s care of Alaska’s environment that he pushed again to open the state’s arctic wildlife refuge (ANWR) to drilling by the BP consortium.
You can go to Alaska today and see for yourself the evidence of BP’s care of the wilderness. You can smell it: the crude oil is still on the beaches from the Exxon Valdez spill.
Exxon took all the blame for the spill because they were dumb enough to have the company’s name on the ship. But it was BP’s pipeline managers who filed reports that oil spill containment equipment was sitting right at the site of the grounding near Bligh Island. However, the reports were bogus, the equipment wasn’t there and so the beaches were poisoned. At the time, our investigators uncovered four-volumes worth of faked safety reports and concluded that BP was at least as culpable as Exxon for the 1,200 miles of oil-destroyed coastline.
Nevertheless, we know BP cares about nature because they have lots of photos of solar panels in their annual reports ”“ and they’ve painted every one of their gas stations green.
The green paint-job is supposed to represent the oil giant’s love of Mother Nature. But CEO Tony Hayward knows it stands for the color of the Yankee dollar.
In 2006, BP finally discovered the dangerous corrosion in the pipeline after running a “smart pig” through it.  The “pig” is an electronic drone that BP should have been using continuously, though they had not done so for 14 years. Another “procedure not properly implemented.”
By not properly inspecting the pipeline for over a decade, BP failed to prevent that March 2006 spill which polluted Prudhoe Bay. And cheaping out on remote controls for their oil well blow-out preventers appears to have cost the lives of 11 men on the Deepwater Horizon.
But then, failure to implement proper safety procedures has saved BP, not millions but billions of dollars, suggesting that the company’s pig is indeed, very, very smart.
* * * * * * * *
Greg Palast investigated charges of fraud by BP and Exxon in the grounding of the Exxon Valdez for Alaska’s Chugach Natives.
Palast’s investigation of Chevron’s oil drilling operations in the Amazon for BBC Television Newsnight is included in the DVD compendium Palast Investigates.
Palast’s investigations are supported in part by the Puffin and Cloud Mountain Foundations and the Palast Investigative Fund, a 501c3 charitable trust.
Sign up for Palast’s newsletter at GregPalast.com