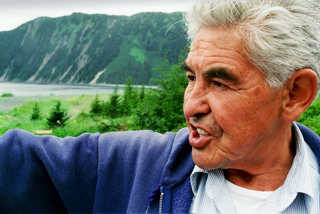 At Tatitlek Village, Alaska Native Henry Makarka told me, “If I had a machine gun I’d shoot every one of them white sons of bitches.”
Makarka was talking about the executives who came to him and his tribe 40 years ago to purchase their land at Valdez.  They were from the companies now known as Exxon and BP.
The Tatitlek were paid the handsome price of $1 for Valdez, which the companies knew was worth billions.
Yes, Henry, we want to shoot BP too.  And Exxon.  With cameras – which corporations fear more than bullets.
We have launched the multi-national Amazon to Arctic investigation of BP and its oily sisters.
But frankly, we need the cash to do it; for the small charter planes, the detective agencies, the camera batteries and, frankly, our nourishment.
If you have ever considered supporting us, or adding to your prior support, believe me, this is the moment.  Please donate here and I’ll send you, signed, your choice of thank you gifts: my films on DVD and bestselling books.
For 21 years, I have been hunting BP, Exxon, Chevron and their sisters.
But I simply can’t continue.  We are, no kidding, dead out of funds for this work.
The result will be a feature-length documentary (a major network has indicated it will distribute), major print investigative pieces and a series of video-enhanced internet news reports for major sites.  (As always, our reports are given to Democracy Now! and other not-for-profit broadcasters without charge.)
But the preliminary work and deep investigation which they can’t cover must start now.
* $579 buys my ticket to Alaska, BP’s latest drilling target.
* $1100 gets me to a meeting with a BP insider.
* $200 buys us a new concealable mini-recorder.
We need your help. If you believe the issue of oil’s global reach deserves the type of serious, deep investigation the Palast team uniquely provides, then now is the moment to show you support us.
Please, make it at least $100 and I’ll send you my three latest DVDs.
Better yet, become our producer. I mean it. Instead of million-dollar moguls, we are looking for a group of twenty-four “mini-moguls” to launch our films (news report length and feature length). Donate at least $1,000 and we’ll list you as a co-Producer for our next film (with a dozen DVDs of the film when complete).
Here’s what YOU get: 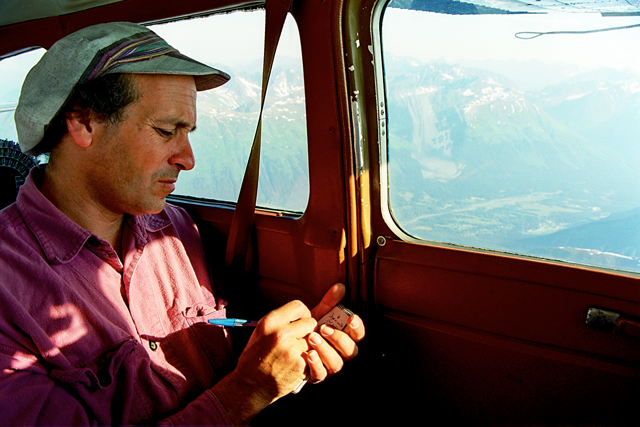 BP insiders have contacted us from the Caspian to London.  We need your tax-deductible donation right away.  If ever there was a journalistic emergency, this is it.
We need to get back up to Alaska, BP’s next offshore target, pay the bills from hunting Chevron in the Amazon, then return to the Gulf where we have more inside information already gleaned that needs verification and publication.
I really don’t want to shut down such an important investigation.  If you have ever considered supporting us, or adding to your prior support, believe me, this is the moment.
Our special thanks to Mike Papantonio, Bobby Kennedy and their Ring of Fire Radio for supporting our Arctic to Amazon campaign.
On top of this obligation, we have also begun an investigation of nuclear power which has recently arisen from its corporate crypt.  I know this is a lot to take on, but we must – and we will, with your commitment to join us.
With gratitude,
Greg Palast
* * * * * * * *
Greg Palast investigated charges of fraud by BP and Exxon in the grounding of the Exxon Valdez for Alaska’s Chugach Natives.
Palast’s investigation of Chevron’s oil drilling operations in the Amazon for BBC Television Newsnight is included in the DVD compendium Palast Investigates.
Palast’s investigations are supported in part by the Puffin and Cloud Mountain Foundations and the Palast Investigative Fund, a 501c3 charitable trust.
Subscribe to Palast’s Newsletter and podcasts
Follow Palast on Facebook and Twitter.
www.gregpalast.com