[Greg Palast has investigated Paul “The Vulture” Singer for BBC TV and The Guardian for the last 9 years.]
Paul Singer, known as The Vulture, won a $4.65 billion payment from Argentina – nearly ONE HUNDRED TIMES his “investment” of $50 million in old Argentina bonds.  It was, in finance speak, the most successful “vulture attack” ever.

Singer’s actions are outlawed in most of the civilized world. Hillary Clinton, as Secretary of State, attempted to stop Singer’s predatory act, but Singer did a brilliant end-run:  he used his cash to help elect a new President in Argentina that would jump to his tune and pay him billions.
Now, he’s attempting to do the same to the USA:  pick a president for us who will feather his vulture’s nest.  He’s the number one donor sugar daddy for Marco Rubio’s candidacy [See, “Who Hatched Rubio“].  Singer is also the big bankroller of Karl Rove, to make sure that, even if he can’t sell Rubio to the GOP base, at least The Vulture can use “Turdblossom” Rove to ensure that Hillary won’t become President and put him out the of vulture business.
Rubio, in fact, skirted some ethical lines in his attempts to pressure the State Department to side with his corpse-chewing donor against Argentina.
As I’ve said, Singer directs his fellow billionaires’ investments in candidates.  So, it is not surprising to see The Koch’s lend their top political operative, Marc Short, to Singer’s man, Rubio.
Rubio’s affection for carrion-eating birds has no decent bounds. While Clinton and Sen. Bernie Sanders are currently siding with Puerto Rico against a whole flock of vulture financiers. Sanders and Clinton support Rico’s plea for the same bankruptcy protections afforded the 50 states (and afforded to Donald Trump). 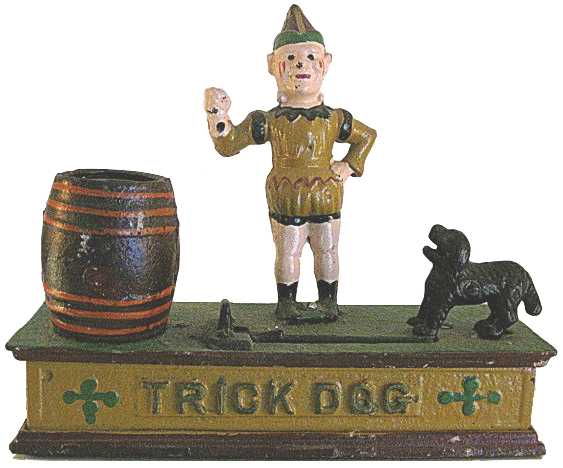 But Rubio has actually switched positions. The Senator, who originally supported bankruptcy rights for Puerto Ricans, turned on a dime the moment Vulture financier Andrew Herenstein of Monarch Capital announced he would hold a big fundraiser for Marco in the Hamptons.
Rubio now is calling for Puerto Rico to lay off teachers and sanitation workers to pay more to Herenstein and his fellow vultures-financiers already cranking profits on Puerto Rico bonds.
Watching Rubio flip his positions to his donors’ wishes is like watching one of those little doggies glued to the top of an old mechanical piggy bank who jump through a clown’s hoop when you put a coin in their snout.
Well, God bless America

Help me finish my film on Paul Singer and the other billionaires seizing the last frail pieces of our democracy and get your name in the screen credits.
The filming is 90% complete, so please, help us get it over the finish line and out in the next months before the theft of the 2016 race.
The Best Democracy Money Can Buy-A Tale of Billionaires and Ballot Bandits, takes off from my award-winning investigation Jim Crow Returns on the latest in vote-heist trickery.
Paul Singer image by Keith Tucker ©Palast Investigative Fund 2016

Later this year, Greg Palast will be releasing his new feature film The Best Democracy Money Can Buy-A Tale of Billionaires and Ballot Bandits, which includes his award-winning investigation Jim Crow Returns.
Greg Palast is the author of several New York Times bestsellers including The Best Democracy Money Can Buy and Billionaires & Ballot Bandits, Armed Madhouse and the highly acclaimed Vultures’ Picnic.
Make a tax-deductible donation and support our ongoing investigation into voter suppression.
Subscribe to Palast’s Newsletter.
Follow Palast on Facebook and Twitter.
www.GregPalast.com