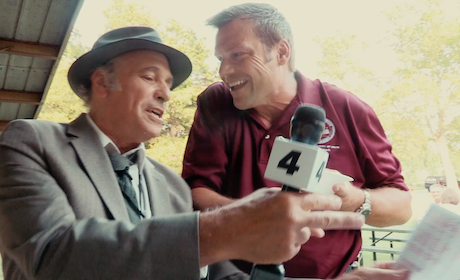 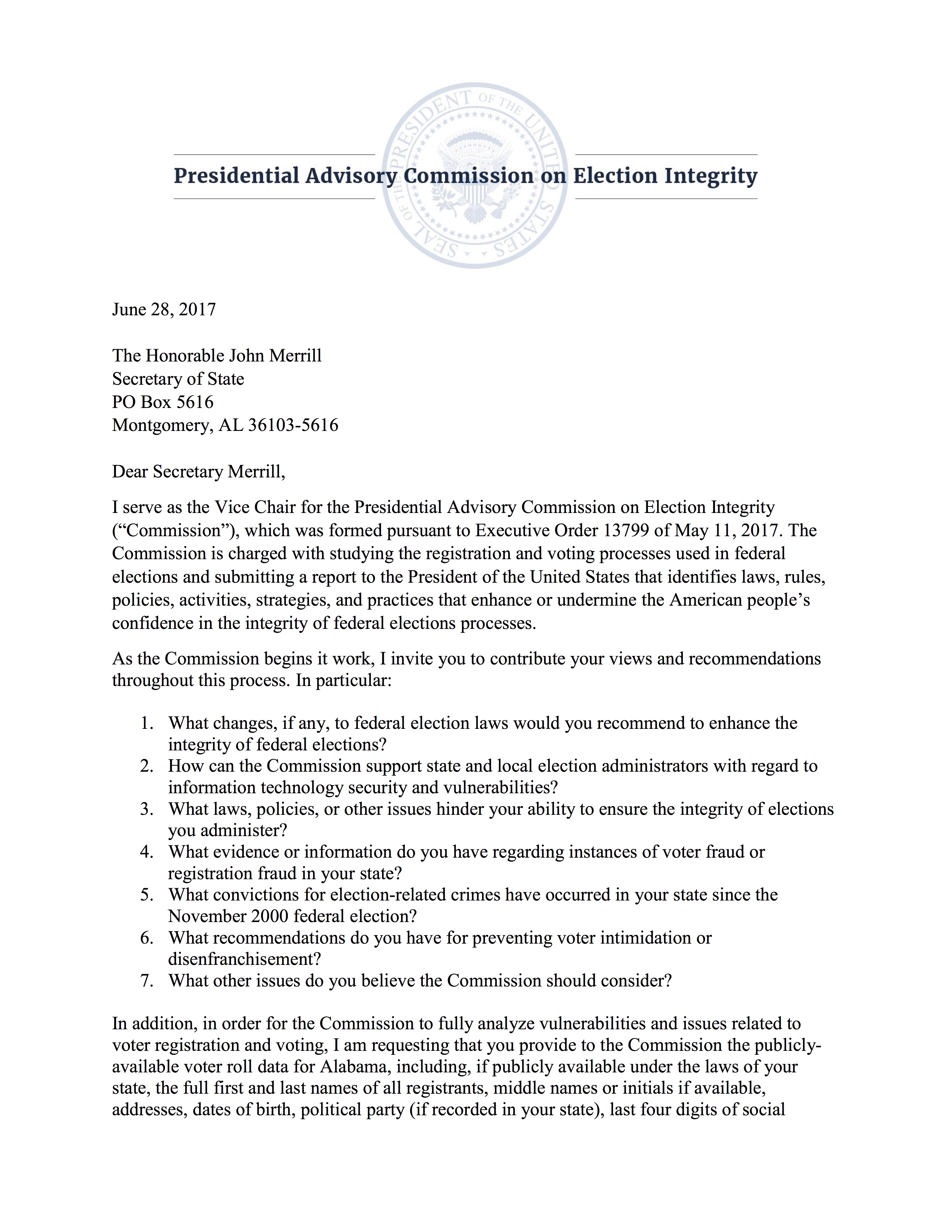 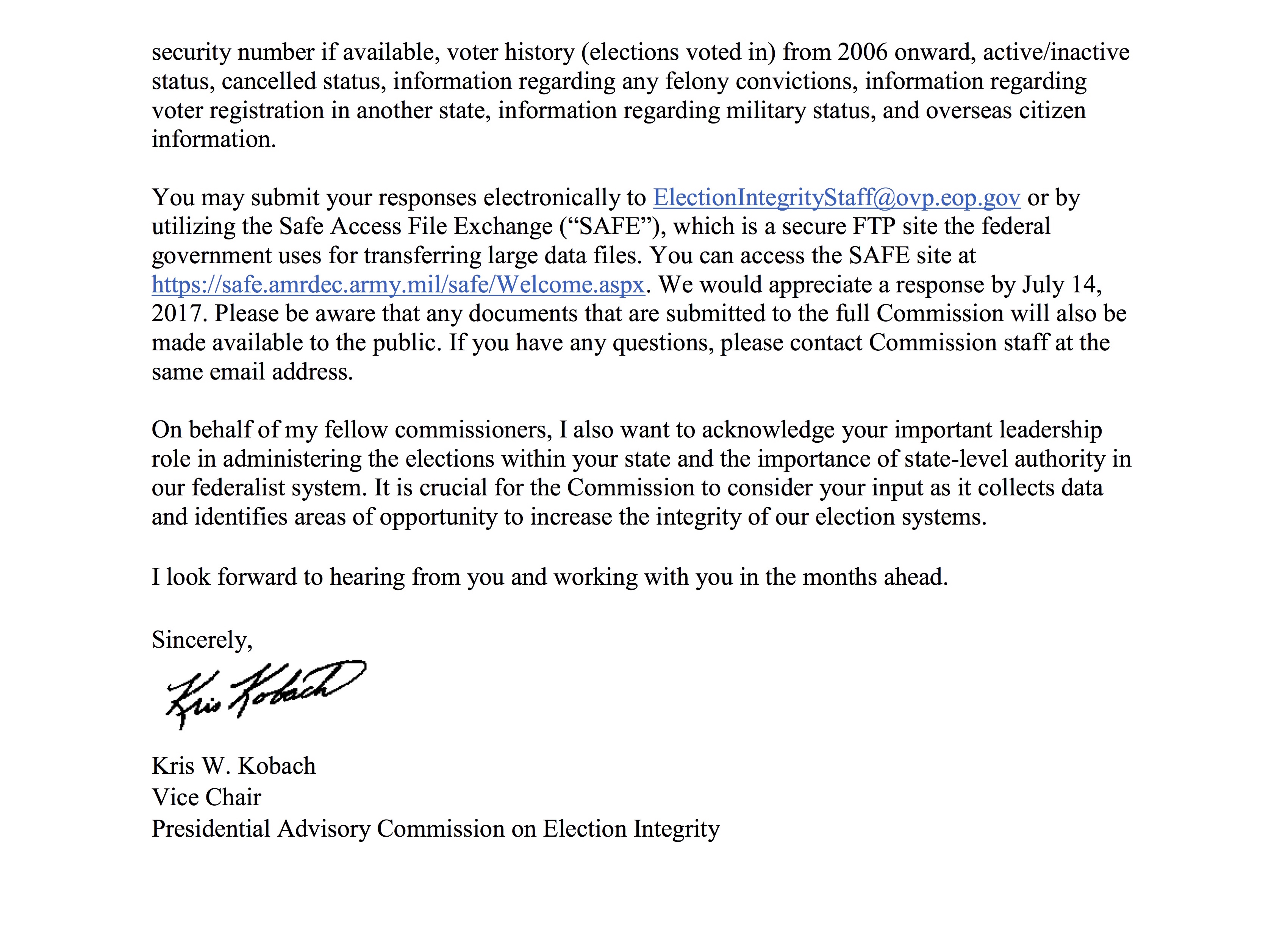 The above is a letter Kobach sent to Connecticut Secretary of State Denise W. Merrill, which demanded:

According to Vanita Gupta, President and CEO of The Leadership Conference on Civil and Human Rights, who first shared the letter on Twitter, every US Secretary of State was sent a similar missive.
If all 50 states turn over their voter lists to Kobach, expect an additional 2 million voters, mostly citizens of color, to be purged. Even states not in his Crosscheck program will find their lists used for the lynching by laptop. Our elections would be safer giving this info to the Russians!
For more on Kobach and his racially biased-by-design vote purging op watch the Amazon bestseller The Best Democracy Money Can Buy – available to view worldwide from just $2.99. Or get a signed DVD, signed companion book, or a combo pack and support our work with a tax-deductible donation to the Palast Investigative Fund.
UPDATE: June 30, 5:08PM
Well over 20 Secretary of States are refusing to fully comply with Kobach's request including, bizarrely, Kobach himself, in his capacity as Secretary of State for Kansas. The most forthright response so far has come from a Republican Secretary of State, Delbert Hosemann of Mississippi, who told Kobach & Co that: “They can go jump in the Gulf of Mexico and Mississippi is a great State to launch from.” 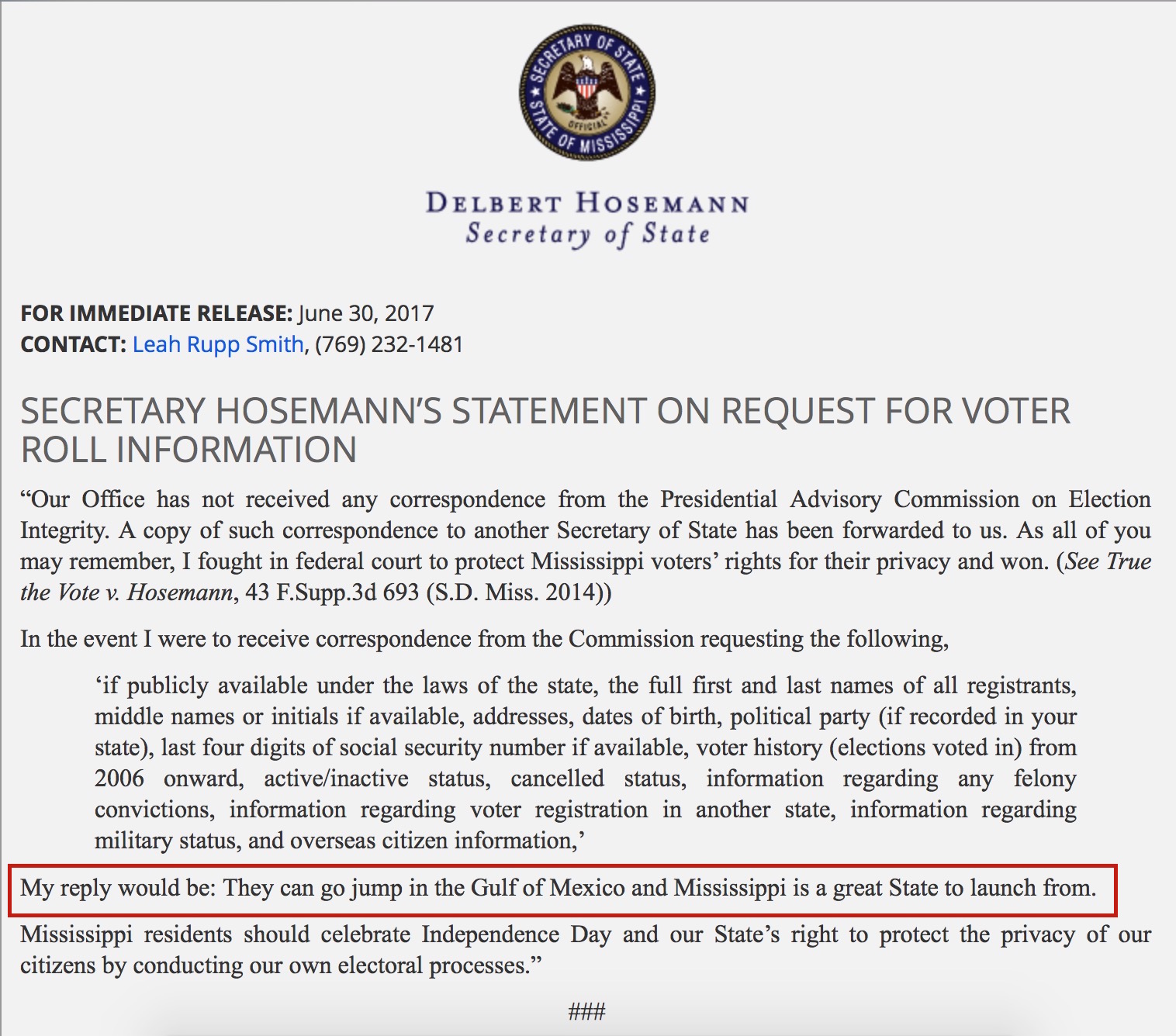 UPDATE: July 1, 7:13AM
Over 27 states are now opposing Kobach's request. On Friday, the Governor of Washington, Jay Inslee (D) took to Twitter to second the sentiments expressed by Republican Secretary of State, Delbert Hosemann of Mississippi (see above). In a tweet which referenced Hosemann's statement, Inslee said: “I believe this is an excellent response to the administration’s request, though I’d strongly suggest they jump in Lake Washington.”

I believe this is an excellent response to the administration’s request, though I’d strongly suggest they jump in Lake Washington. https://t.co/RSQXS4bLLL

***
Greg Palast (Rolling Stone, Guardian, BBC) is the author of The New York Times bestsellers, The Best Democracy Money Can Buy and Billionaires & Ballot Bandits, now out as major non-fiction movie.
Stay informed, get the signed DVD, a signed copy of the book companion – or better still, get the Book & DVD combo.
Visit the Palast Investigative Fund store or simply make a tax-deductible contribution to keep our work alive! Alternatively, become a monthly contributor and automatically receive Palast's new films and books when they're released!
Or support the The Palast Investigative Fund (a project of The Sustainable Markets Foundation) by shopping with Amazon Smile. AmazonSmile will donate 0.5% of your purchases to the Palast Fund and you get a tax-deduction! More info.
Subscribe to Palast's Newsletter. Follow Palast on Facebook and Twitter.
GregPalast.com

The Purge was breathtaking, something new. Surely, there must be a law to prevent someone from just taking away your registration?

Read an exclusive excerpt from my new book, How Trump Stole 2020, courtesy of @ColdType1 http://bit.ly/palastincoldtype

Legendary journalist, @Greg_Palast is releasing a new book next week! You're going to want to read it.

To top it off, he's got an epic discussion coming up on July 14.