The Electric Chair Gore Should Fear

While reporters this week wasted their papers’ budgets in Los Angeles covering the shadow puppetry called the Democratic Convention, America’s political future was being decided 80 miles south, in San Diego.

How Dr Dre Sings Out For The Big Six

The doctor didn’t mince words. ‘Now shut the fuck up and get what’s coming to you!’ In my exchange with Andre Young, the recording artist known as Dr Dre, this was the example he gave of his copyright intellectual property which he fears is reproduced, without compensation, by ne’er-do-wells using www.napster.com.

Read More…How Dr Dre Sings Out For The Big Six

For The Observer/Guardian UK
It would give me great pleasure to report, as did the New York Times earlier this month, that Bill Clinton has saved Africa. That big-hearted lug will lend African nations a billion dollars a year for AIDS drugs which — more joy! — the pharmaceutical companies have agreed to just give away at 75 percent off list price.

From The MediaChannel
In April, five people were shot dead in Bolivia, a military policeman was lynched and the president declared a state of siege following a general strike that shut down much of the nation. At the end of it all, for the first time in a decade anywhere in the world, American and British corporate giants, the targets of the protest, were booted out of the Andean nation, a stunning reversal of the march of globalization.

War On Corruption? Not Quite, Minister

For The Observer/Guardian UK
“He announced with enormous pride that he personally had handed over the check to the government minister for the Pergau Dam bribe”
There’s still one bargain left in Rip-Off Britain: the price of a UK minister remains way below the cost of purchasing officials in the USA, even below traditional influence shopping centers in the developing world.

Read More…War On Corruption? Not Quite, Minister

Of Blackbeard and Bill Gates Rip-off Software and CDs, Price-Rigged Pig Feed, Human Rights Abusers – a US Network is now on to them all

For The Observer/Guardian UK
You want to be a billionaire? Answer this one: What do Blackbeard, the Butcher of Croatia and Bill Gates have in common?
While the money clock ticks away, let me tell you about my weekend. I spent it at the Sheraton Hotel in Brussels, watching the guests shuttle between rooms. It looked a little like love, but maybe it meant nothing more to them than a couple nights of fun. There was Steve Ballmer, new CEO of Microsoft, and a thousand of his closest commercial and government friends, meeting under the guise of the ‘European Business Summit’.

Read More…Of Blackbeard and Bill Gates Rip-off Software and CDs, Price-Rigged Pig Feed, Human Rights Abusers – a US Network is now on to them all

and Clare Dyer for The Guardian UK
Millions of Britons could be in line for a refund if it is proved that they paid inflated prices for Microsoft’s all-pervasive software, ready installed in most computers on sale.
Next Monday 16 leading US law firms will file the billion pound suit on behalf of hundreds of millions of people who bought Microsoft Windows and programs outside the US. 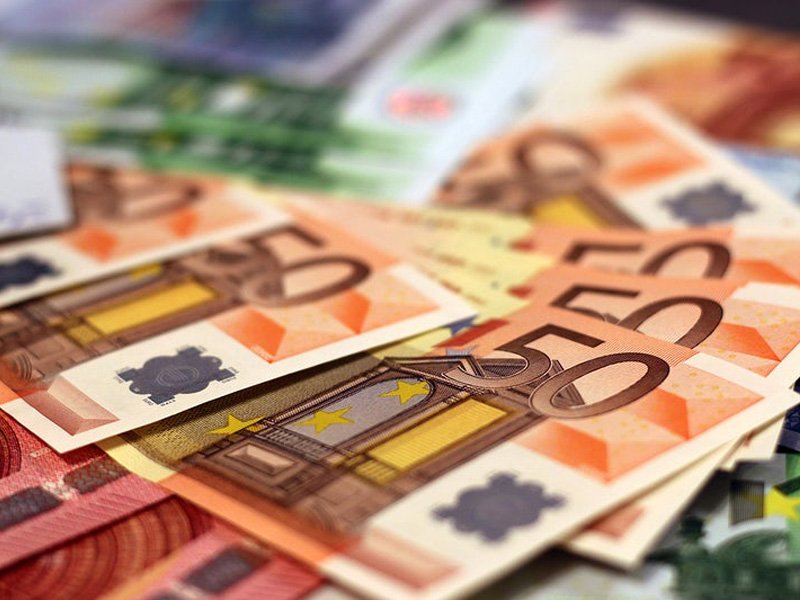 Currency Rules – But it’s not OK
The Euro: Made in America by the Father of Reaganomics as a Tool to Smash the Power of Governments

The euro: made in America by the father of Reaganomics as a tool to smash the power of governments

Tony Rushes in Where Bill Fears to Tread

For The Guardian UK
For all those conspiracy cranks and paranoid anti-globalisers who imagine that the planet’s corporate elite and government functionaries actually meet to conspire about their blueprint for rewriting the laws of sovereign nations, be advised that the next meeting of the New World Order is being held this week at the Swiss Hotel in Brussels. It is the mid-year meeting of the Transatlantic Business Dialogue.

Read More…Tony Rushes in Where Bill Fears to Tread

For The Observer/Guardian UK
The daring escape of three very expensive headmasters from the schools to which they were confined, prompted a flummoxed Education Secretary David Blunkett to do what he does best at times of crisis: issue a press release announcing a new programme to expand the privatisation of state schools. This desperate wheeze was for so-called city academies, which will operate outside the control of local education authorities and free of the Government’s own curriculum and employment controls.

Postcards From The de-Valuation Carnival

For The Observer/Guardian UK
As Fat Tuesday nears, the political chit-chat above the carnival drums is about the minimum wage, which the nation’s Constitution effectively sets at US$100 per month. With currency devaluation and massive inflation of basic necessities (electricity is up 250%), the minimum should rise automatically to at least 170 REALS from 130.
Regarding this relief for the low-paid, President Fernando Henrique Cardoso, Latin America’s carrier of the Third Way torch, remains inscrutably befuddled. But his ministers, the chambers of commerce and their academics have filled newspaper columns with arguments for eliminating the Constitution’s ‘inflexibility.’

Read More…Postcards From The de-Valuation Carnival

For The Observer/Guardian UK
I SPENT my last night on the Observer ‘s expense account at the Groucho Club killing a £30 bottle of claret. I had convinced the editor I needed a wad of dosh to maintain my cover as a grasping yuppie. But my mark, a young New Labour lobbyist, was in no mood for good vintage. ‘It’s appalling,’ he moaned, head in hands. He was horrified that competitors, former aides of Messrs Blair, Brown and Mandelson, had passed confidential Government information to me and to their clients, US power companies.

In the Land of the Free, the Legal Eagle is King

For The Observer/Guardian UK
There are 200 million guns in civilian hands in the United States. That works out at 200 per lawyer. Wade through the foaming websites of the anti-semites, weekend militiamen and Republicans, and it becomes clear that many among America’s well-armed citizenry have performed the same calculation. Because if there is any hope of the ceasefire that they fear, it will come out of the barrel of a law suit.
First, the score. Gunshot deaths in the US are way down – to only 88 a day. Around 87,000 lucky Americans were treated for bullet wounds last year; 32,436 unlucky ones died, including a dozen policemen by their own weapons. In one typical case, a young man, Steven Fox, described feeling pieces of his brain fly from his skull after a mugger shot him. He is permanently paralysed.
But, hey, that’s business for you. And what a business it is. Guns, ammo and accessories are a $6bn-a-year honey pot for several corporations: Browning, Smith & Wesson, Colt and others.
Britain loves stories of gun lust in the US. It is an opportunity for snooty comparisons with America’s crude and lawless society. This drives Elisa Barnes crazy.
Barnes is the lawyer who recently brought a groundbreaking law suit against handgun manufacturers, which were found negligent in the shooting of Fox. “You [European] guys are so smug. Glock, Browning, Beretta have these refined European owners. Smith & Wesson is the number one seller of killer guns – and it’s owned by Tomkins plc, of England.”

Read More…In the Land of the Free, the Legal Eagle is King

Big Macs, Small Horizons America isn't Beautiful – and that's Thanks Largely to an Avaricious Clown who is the Spirit of the New Millennium

For The Observer/Guardian UK
My mother was a hypnotist for McDonald’s. In 1970 one of the chain’s biggest franchisees, moving millions of burgers in Hollywood, feared for their managers, who worked 15-hour shifts scattered over nights and days for little more than £2 an hour.

Read More…Big Macs, Small Horizons America isn't Beautiful – and that's Thanks Largely to an Avaricious Clown who is the Spirit of the New Millennium

For The Observer/Guardian UK
Governor George W Bush was a fighter pilot during the war in Vietnam – not in the US Air Force, where one could be seriously hurt or injured – but in the Texas air force, known as the Air Guard. Membership excused these weekend warriors from the draft. Young George W tested at 25 out of 100, one point above ‘too dumb to fly’ status, yet leapt ahead of hundreds of applicants to get in.
Baby Bush’s good fortune 30 years ago is connected in a strange and edifying manner to the victory by GTech Corporation and its Camelot partners in beating Richard Branson for the new contract to operate the National Lottery, starting in 2002.

Gates' Clear Road to the Future

For The Observer/Guardian UK
It was computer Kristallnacht, the sound of Windows shattered by marauding government bureaucrats.
All good, responsible news outlets announced that Judge Penfield Jackson’s judgment of Microsoft meant that Bill Gates’ corporate corpus would be torn limb from limb.

By Ed Vulliamy in Seattle, Emily Bell and Jamie Doward for The Observer/Guardian UK
It’s official. Microsoft is a monopoly. But those hoping to see the break-up of Bill Gates’s empire are likely to be disappointed. The 207-page judgment delivered by US district court judge Thomas Penfield Jackson on Friday found in favor of the US Justice Department’s anti-trust team, lead by Joel Klein.