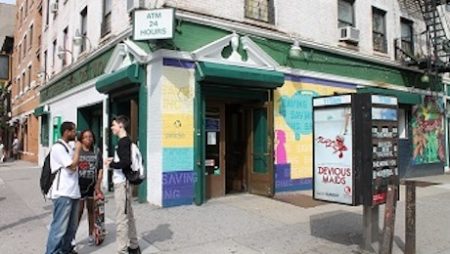 The Lower East Side People’s Federal Credit Union has filed a lawsuit to block Donald Trump from installing Mick Mulvaney as head of the Consumer Financial Protection Bureau (CFPB). The lawsuit was filed in federal court in Manhattan on Tuesday, December 5, 2017 by New York law firm Emery Celli Brinckerhoff & Abady LLP on behalf of the not-for-profit credit union, which is owned by its 8,500 members and serves predominantly low-income New York residents under a unique federal charter.

The complaint states that:

The vacancy at the helm of the CFPB arose when Richard Cordray, who was confirmed as the agency’s first Director in 2013, unexpectedly resigned his position on November 24, 2017. Before leaving his post, he appointed Chief of Staff, Leandra English, as the CFPB’s Deputy Director, thus ensuring she would become Acting Director when he stepped down. Later that same day, however, Trump announced his own conflicting choice for Acting Director, Mulvaney, in violation of the Dodd-Frank Act.

Mulvaney currently serves Trump as Director of the White House Office of Management and Budget. He is an outspoken critic of the CFPB – calling it a “sad, sick joke” – who has no prior experience in the fields of consumer protection enforcement or banking regulation.

We reached out to the CEO of The Lower East Side People’s Federal Credit Union, Linda Levy, to find out more about the lawsuit. [Disclosure: She also happens to be the beloved ex-wife of a certain Fedora-sporting investigative reporter.]

Nicole Powers: Why did your credit union decide to take this action?

Linda Levy: Our Credit Union has always supported the work of the CFPB, because we recognize the need for protection from financial predators, given that our members are common targets for these predators. We are concerned that this action by Trump to circumvent the statute of the CFPB rules for succession will lead to dissolution of the agency.

LL: While Mulvaney is not a person I would support for Director of the CFPB (he has made it clear he does not believe in the work of the Bureau), it is not Mulvaney we are objecting to per se, but the fact that Trump has appointed someone who is an “at will” employee of the White House to run an agency that is meant to be independent of political influence.

NP: How does your credit union have standing to file this lawsuit?

LL: We are a financial institution, and as such, we are regulated by the CFPB. If there is uncertainty regarding the leadership of the agency, we can be harmed because we don’t know which regulations are in effect, or may not be in effect in the near future. Compliance is costly, both in dollars and staff time.

NP: What happens next?

LL: We are still waiting for the court to assign a judge, and then there are a few different courses of action we could take. We are waiting for our attorneys to advise.

NP: Your credit union has a long history of supporting those who resist inequality. I know you helped Occupy Wall Street set up their first bank account. What other actions have you taken to support the 99%.

LL: Given that all of our members are in the 99%, everything we do is in their support. Our credit union is actually over 90% low income.

NP: How can we (the public) help support this case and fight inequality in general?

LL: Join a credit union is obviously my first suggestion! The only way we can make a difference is if people cut their ties to the large banks. As long as your money is being controlled by profit-making institutions that care only about earning the highest possible income, nothing will change.