Not Another Ransom Notefrom Congressman Boehner 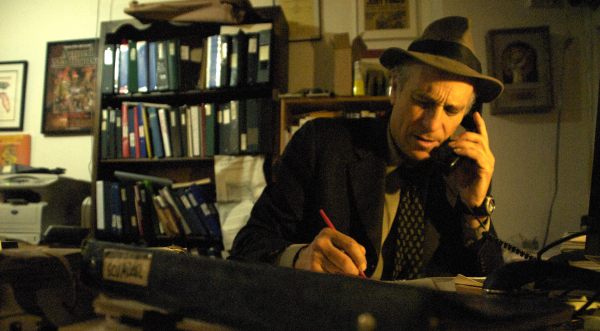 It was quite upsetting to find our President blindfolded and tied to a chair at the GOP Tea Party headquarters, but I’m sure the $2.2 trillion ransom we paid to the hostage-takers is worth it.
Well, now that the Obama presidency is over, we can move on to more serious matters.
Look out your window.  What you’ll see is that, while the debt-ceiling hostage crisis played out on cable TV, the planet has been burning down.
You haven’t heard a lot from me this year-because the normally-noisy Palast investigations team has chosen to spend these months quietly digging into unreported cases of economic and environmental arson.  It will all hit the presses and TV when we launch a new book and films later this year.
But the investigations continue at full tilt:
#1. Too Far Beyond Petroleum.
Long, long ago (April 2010), BP’s Deepwater Horizon exploded, taking 11 lives and a million livelihoods.  We haven’t forgotten:  Our crew has gone from the Arctic Circle to the byzantine streets of Baku to the Amazon rainforest and, finally, to the Gulf of Mexico to get the story on BP you won’t get on CNN.
In the course of hunting down clues to a massive BP bribery scheme, we found a CIA bagman who paid $105 million to petro-dictators for BP’s Big Oil US brethren.  That’s just one episode from our film of the investigation to be released by BBC Worldwide.
#2. We are in the midst of a full-blown investigation of the nuclear industry which, despite Fukushima, is rising from the crypt, resurrected by billions of dollars in government guarantees. You think the Fukushima disaster was just a Japanese affair?  We have the stone-cold evidence that earthquake testing at US plants has been faked. There’s more.  We have four nervous whistleblowers ready to tell their horror stories.
#3. Finance Vultures. Last year, our exposure of a creepy outfit called ‘FH International’ led to the British Parliament banning debt vultures from using their courts and the FBI to stick G-men on the case.  Our reports saved the nation of Liberia from bankruptcy — but other predators are flying in through loopholes in the laws, attacking the poorest of the poor.
So we’re back on the Vulture hunt… this time we’ll head to the Congo, then to deepest, darkest New York.  Vulture Number One is also, not coincidentally, the Number One donor to the Republican Party.
#4.  Fried Greece. The Palast team has uncovered hundreds of confidential documents from inside the World Bank and IMF.  We know the arsonists who have lit the fires burning Greece.  My years of training as a forensic economist are getting a good test in working out the inside story.  Remember: Greece today, Los Angeles tomorrow.
#5.  The Theft of 2012. For twelve years, the Palast team (with BBC Newsnight and our partners at The Guardian and Rolling Stone) have led in investigating and exposing vote suppression, vote manipulation and downright elections theft.  Our team uncovered voter “caging” (and gave it its name) only days after Karl Rove’s team began implementing this sick ballot-bending game.  But new games are afoot.
Katherine Harris calls me “twisted and maniacal.”  Well, Kate, I’m ready to twist again to uncover the latest twisted tricks which will be used to attempt another heist of the White House.
That’s an awful lot on our plate for this mighty little team of ours.
If you have information, suggestions or documents marked confidential on these topics, we want it all.  Contact[at]GregPalast.com.
And please spread the word:  Ask five of your friends to subscribe to our website and join us on Facebook and Twitter.  That’s where we’ll be releasing the news of our investigations and reports.
Yours,
Greg Palast
P.S.  This is not a pitch for donations but, to be honest, the bills are past due. Think of it this way:  the planet’s on fire and only the truth will put out the flames.  We’re holding the hose, so please turn on the water.  (My Lord, that’s a second-rate metaphor, but you get the idea. Your donation to our foundation is tax deductible.)
P.P.S. If you want to hear the latest on Jo Rowling, read my daughter’s note about JK Rowling at Who killed “Stieg” Larsson?
*****
Forensic economist and journalist Greg Palast is the author of the New York Times bestsellers, Armed Madhouse and The Best Democracy Money Can Buy.
Subscribe to Palast’s Newsletter and podcasts.
Follow Palast on Facebook and Twitter.
GregPalast.com