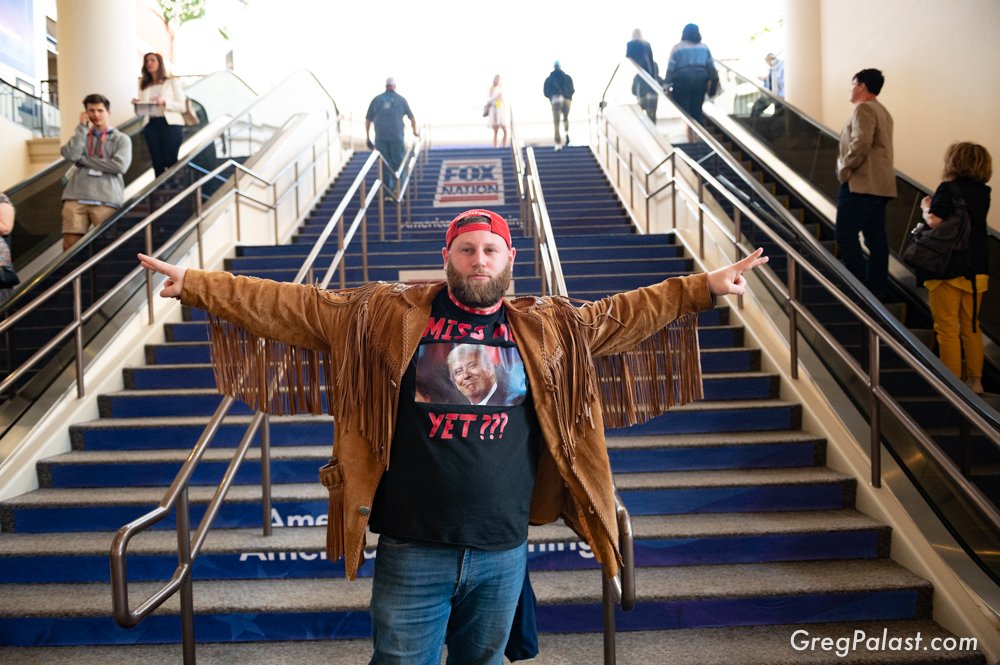 A Nick Fuentes-follower and Trump die-hard wears a “Miss Me Yet” T-shirt to CPAC. Photo: © Zach D. Roberts, 2022

For the last couple of years, white nationalist Nick Fuentes has been gathering his flock, known collectively as ‘the groypers’, at hotel convention spaces parallel to the slightly less extreme CPAC. This year, to be protected from activists and journalists the location of the America First PAC was only given out hours before the starting time.

Fuentes has been de-platformed financially by credit card processors and I was told by one attendee (who also was at CPAC) that he had to pay for his ticket via money order or ACH (I was not able to confirm this). Most groypers are in their early 20s and he seemed very confused by what they were.

Every year since the start of AFPAC, groypers attend CPAC. Usually, Nick Fuentes makes an attempt to appear, getting quickly booted by the organizers. This year he did not bother attending, but many of the groypers were present. 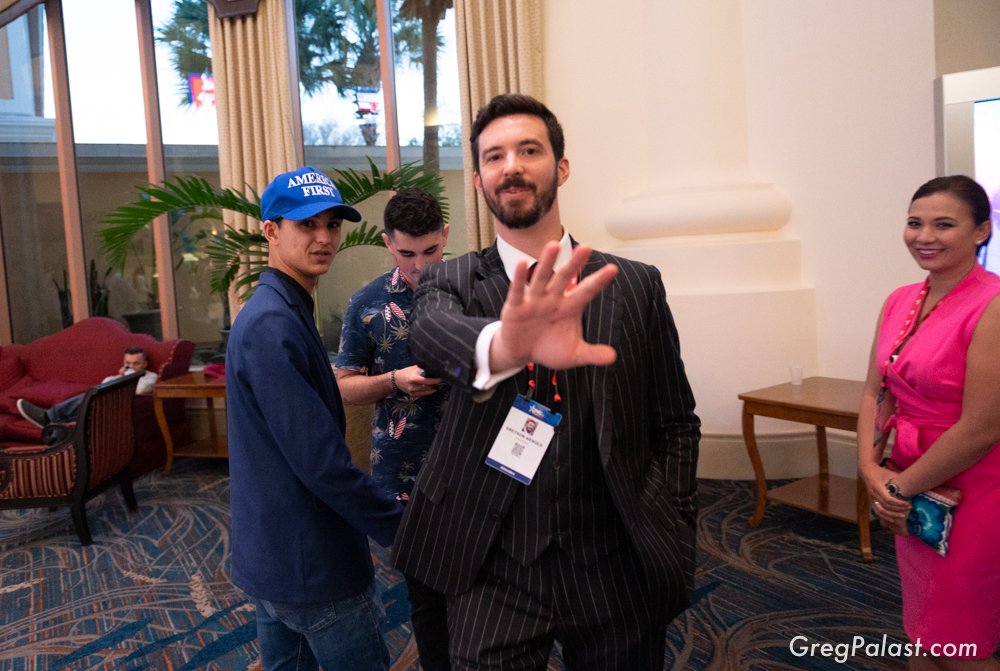 Neo-Nazi Greyson Arnold, dressed in a pin-stripe suit, started a conversation with me at the CPAC convention on Thursday. He began by telling a person that I was photographing that I wasn’t to be trusted and they shouldn’t talk to me. The man, wearing a leather jacket and a T-shirt that said “Miss Me Yet” with a photo of Donald Trump, didn’t care and still posed for a photo. Greyson proceeded to ask me questions about President Biden and ‘transgenderism’, trying to provoke me. I’m not sure if the neo-Nazi knew who I was from my previous work or just picked me out randomly to bother.

I decided to pester him throughout the next two days about the location of AFPAC, he promised me that he’d tell me — even after giving me several clearly made-up addresses (one was a gas station). His fellow groypers seemed concerned about him inviting me, but he assured them that I was “cool.” I think we both knew that he was full of it and was never going to give up the address, but when Daily Beast journalist Zachary Petrizzo learned the location just before the event began, I jumped in my car.

By the time I got to the conference, it was well underway. I told Marriot security that met me at the bottom of an escalator that I had been invited by an organizer, two members of law enforcement in body armor eyed me warily. Walking towards the packed ballroom I told the America First hat-wearing man with a clipboard that I was invited — but as he checked I could see that I was not on the list. I told him that I was a journalist but had been invited by Greyson. Greyson wasn’t reachable so I was turned away.

As I walked away I took a brief moment to take this very short video and was immediately yelled at by the America Firster — I turned around to see Marriott security running at me as if I had a 12 gauge, not an iPhone. The two police officers were behind him, I raised my hands saying, “I’m leaving, I’m leaving.”

The Marriott staffer scolded me, telling me that if I returned I would be charged with trespassing. I tried to explain to him who this group was, he didn’t care and expressed as much. 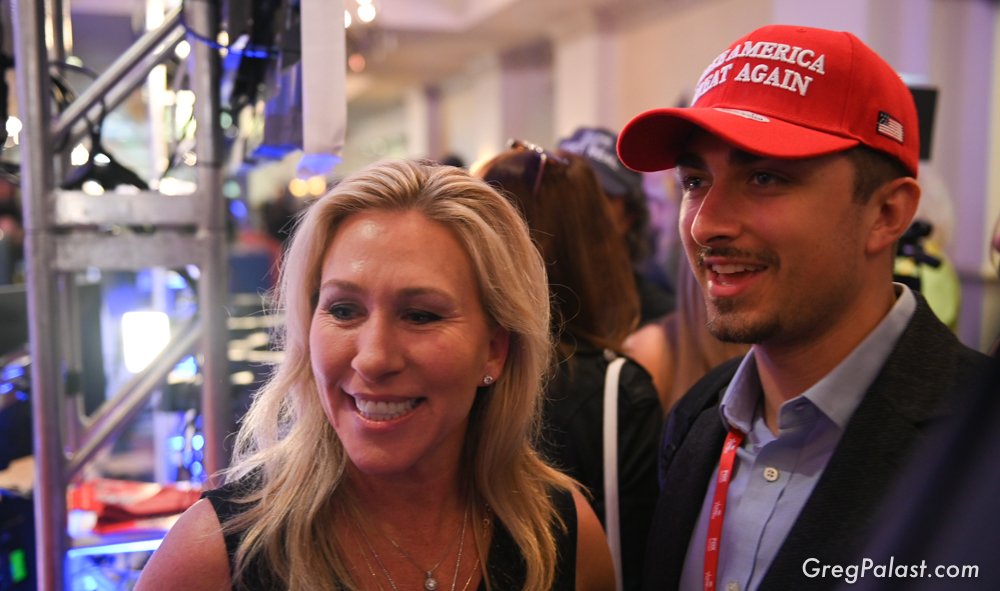 I have sent a request for comment and a series of questions to Marriott and Marriott International about the event and their knowledge of who Nick Fuentes is, but so far they have not responded.