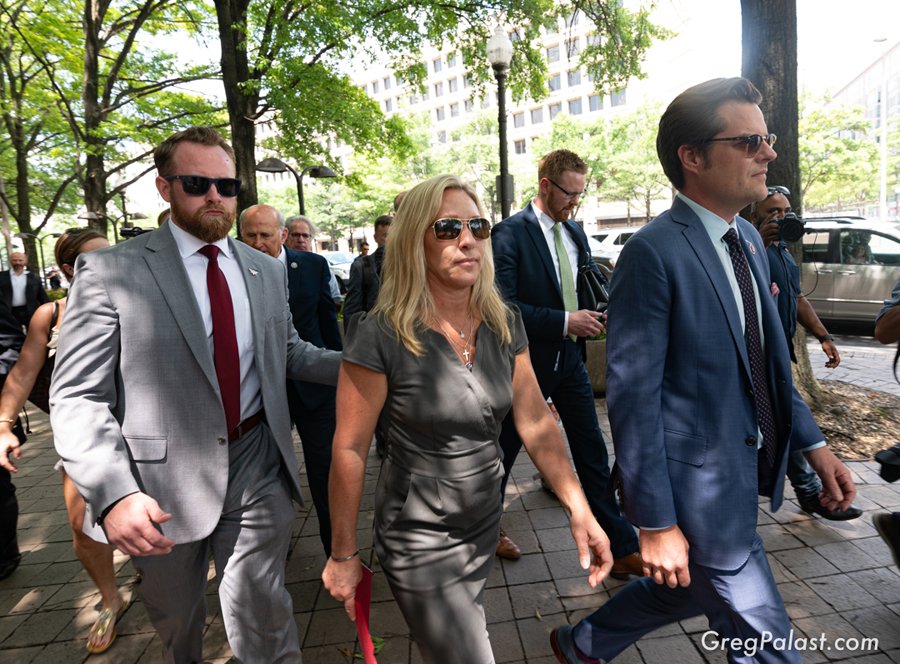 While inside the Capitol, Democrats were holding hearings on the January 6th insurrection, taking testimony from Capitol and D.C. police officers on their injuries suffered at the hands of Trump supporters, outside, on the Capitol steps, House Republican Leader Rep. Kevin McCarthy (R-Ca.), Jim Jordan (R-Oh.) and Rep. Steve Scalise (R-La.) blamed the riot’s harm on House Speaker Nancy Pelosi. 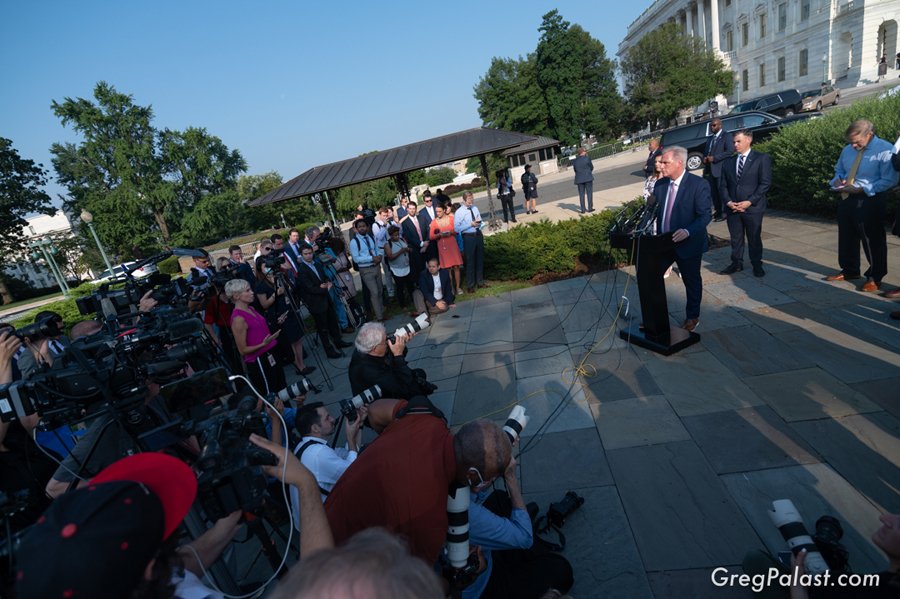 Scalise said, “What we’re here to talk about today is Speaker Pelosi’s constant attempt to cover up facts that she doesn’t want out there. For weeks now, Congressmen Jim Jordan and Jim Banks (R-In.) have been raising some very tough questions, questions that need to be answered about why Speaker Pelosi didn’t make sure that Capitol Police had all the tools they needed to be prepared for that day.”

Like the others, Scalise never once mentioned the blame that members of their own party might hold. They preferred to change the subject.

Inside, one Black officer, Harry Dunn, recounted his interaction with the ‘Stop the Steal’ rioters. “I do my best to keep politics out of my job, but in this circumstance, I responded, ‘Well, I voted for Joe Biden, does my vote not count? Am I nobody?’ That prompted a torrent of racial epithets. One woman in a pink MAGA shirt yelled, ‘You hear that, guys? This n****r voted for Joe Biden.’ Then the crowd, perhaps around 20 people, joined in screaming, ‘Boo! F*****g n****r!’”

Outside, Republican pols were defending the rioters. The 4Gs, as my fellow journalists came to call them, Marjorie Taylor Greene (R-Ga.), Matt Gaetz (R-Fl.), Paul Gosar (R-Az.) and Louie Gohmert (R-Tx.) stood outside of the Department of Justice to call for better treatment and the release of those arrested over the January 6th riot, whom the Republican Representatives consider political prisoners. 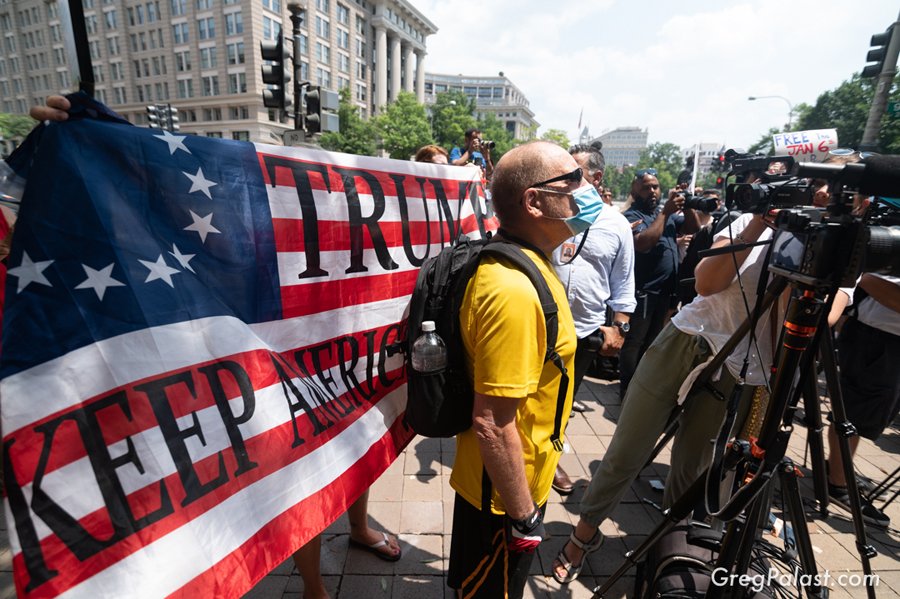 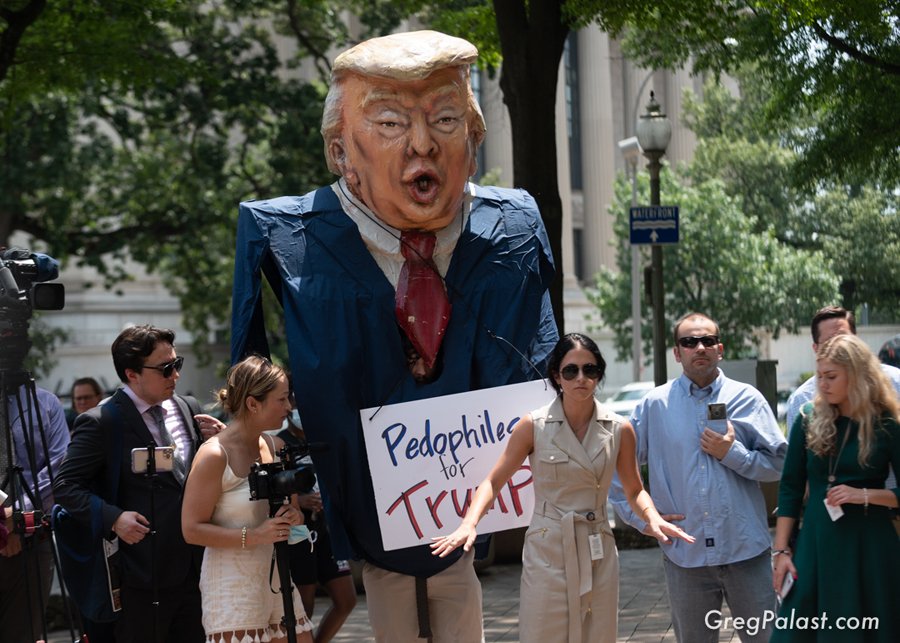 After a brief attempt by Gohmert to meet with someone from the DOJ — done mostly for the benefit of the gathered photographers — the four marched to their waiting lectern. 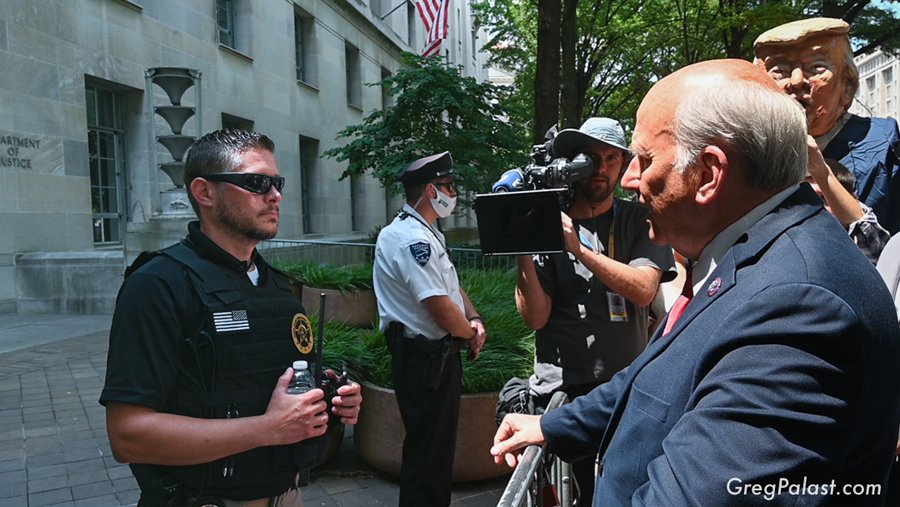 Rep. Louie Gohmert (R-Tx.) attempts to meet with someone from the DOJ, mostly for the benefit of waiting cameras. Photo: © Zach D. Roberts for PIF, 2021. 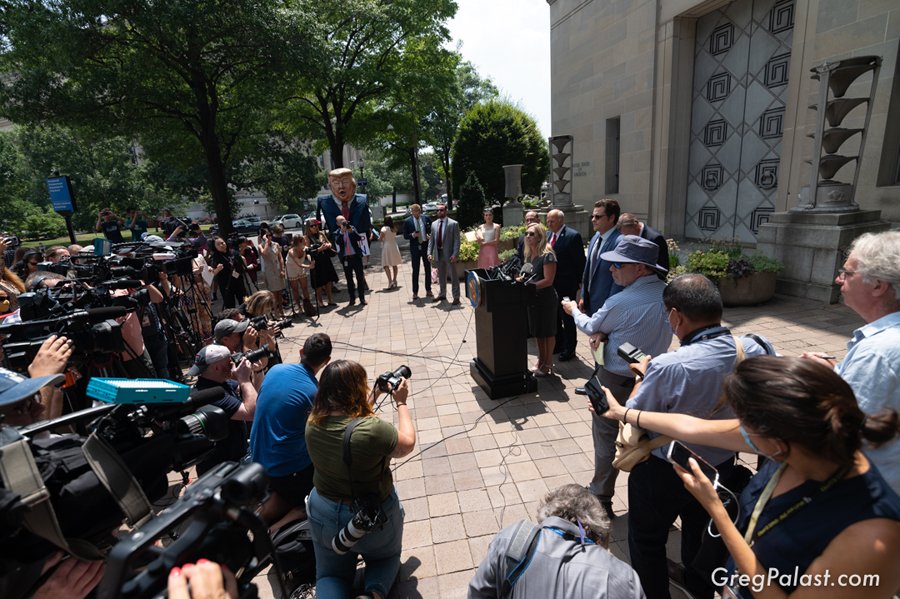 The speakers, from the far right of the Republican Party, demanded to know why Capitol police were not prepared for the attack.

The simple answer is that law enforcement doesn’t react to white threats of violence the way they do to other threats of ‘terrorism.’ For example, law enforcement knew that the attendees of the Unite the Right rally in Charlottesville were planning for violence and the police did not act on the intelligence. Last year, I documented D.C. area police escorting members of the Christo-fascist group Patriot Front to the front lawn of the U.S. Capitol on a non-permitted march.

Compare this to the aggressive prosecution of Black Lives Matter and Dakota Pipeline protesters and journalists who faced prosecution and years in jail. 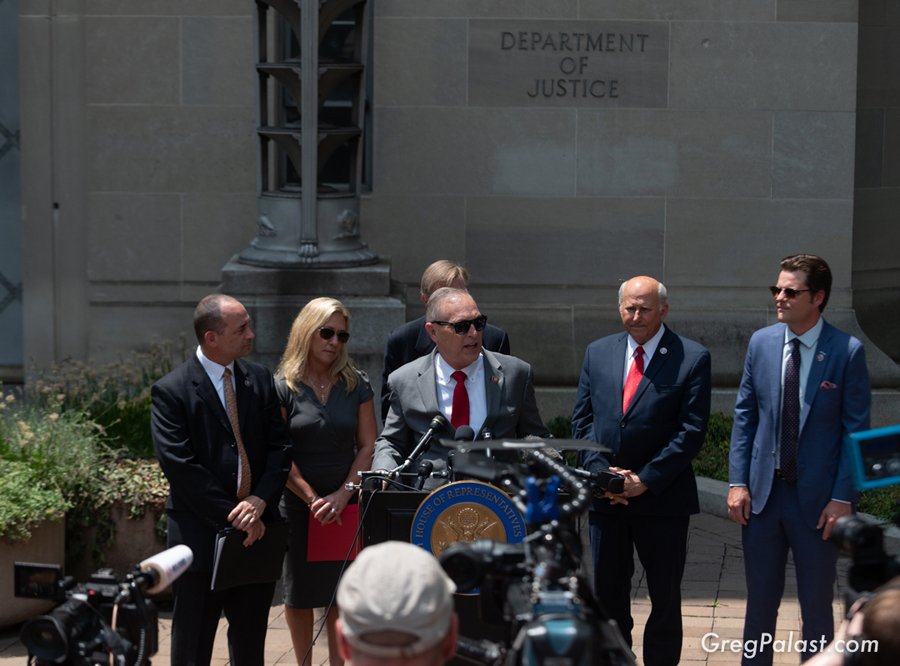 The 4Gs were also joined by another congressman intimately involved in the Stop the Steal movement that sponsored the Capitol rallies on January 6th. The Palast Investigative Fund has previously documented Andy Biggs’ (R-Az.) participation in a secret Stop the Steal meet in Georgia. Biggs has his own questions to answer about the riot.

In D.C., Biggs said the FBI Director should not call what happened on January 6th an “insurrection” because the riot didn’t meet what he believed to be the legal meaning of the term. This was more of the day’s purposeful chatter to downplay and distract from the testimony of the law enforcement officers who were attacked by Trump supporters. 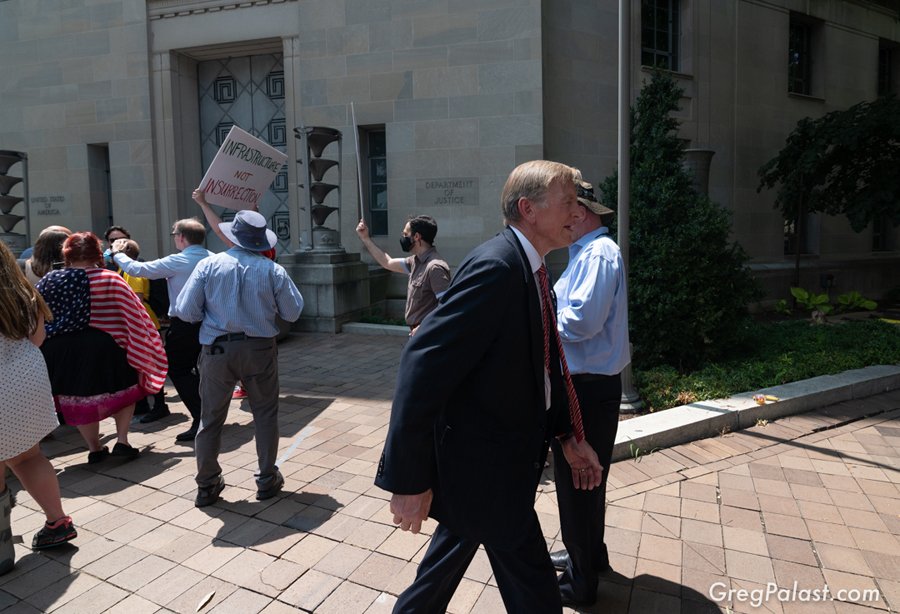 Zach D Roberts is an investigative photojournalist who covers far-right extremism, and voter suppression in America. He covered the Unite the Right Rally in Chalottesville and his work there helped put four white extremists in jail. He also co-produced Greg Palast's The Best Democracy Money Can Buy.