Louisiana Black-out: Not an Act of God, an Act of Entergy

The darkness, the misery and death you are witnessing in Louisiana is not an act of God, it’s an act of Entergy Inc. 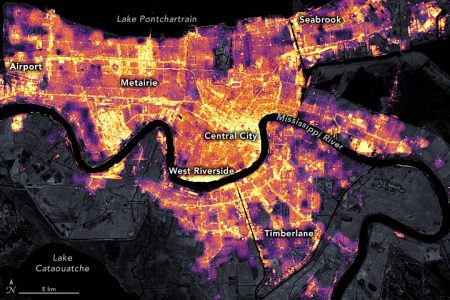 I was hired by the City of New Orleans to investigate why their power company, Entergy, simply can’t keep the lights on while citizens’ electric bills soar. That was in 1986.

In 35 years, nothing has changed my official conclusion: Entergy is a racketeering enterprise parading as a power company.

This week, Entergy lost 2000 miles of high-voltage power lines. I’ve worked on power systems worldwide and you won’t see that type of disaster in Bangladesh after a typhoon.

Why? To Entergy, hurricanes have become a profit center.

Here’s how they did it after Katrina.  Entergy wouldn’t get the city’s lights back on for over a year.  Not that they didn’t act swiftly:  Just three weeks after the hurricane – Entergy took emergency action…by tossing its New Orleans subsidiary into bankruptcy.  It was a nice trick to duck liabilities for its negligence and avoid fronting the cost of repair.

Yet, immediately after Katrina, Entergy posted a breathtaking 24% jump in profits for the quarter that it attributed to “weather.”  But you don’t need a weatherman to know that this story blows:  With New Orleans drowned, Entergy sold off the city’s electricity allotment elsewhere at a huge profit. 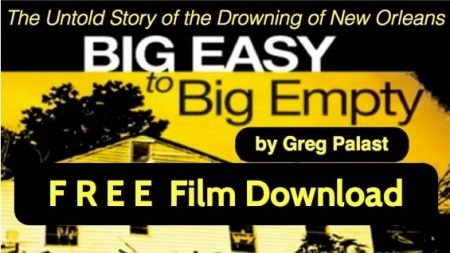 Download without charge, Greg Palast’s short film for Democracy Now! on the untold story of the drowning of New Orleans.

There is nothing new under the Louisiana sun.  In 1986, Entergy’s New Orleans system was going broke because of the eye-popping cost of buying wholesale power, four times the national norm, from a company called “Middle South Utilities.” Middle South was 100% owned by –you guessed it—Entergy.

But then came George W. Bush who, in 2001, “deregulated” the wholesale market, and the siphoning resumed with a vengeance.

Busy shuffling loot from pocket to pocket, Entergy had neither the concern nor funds to harden their system against a hurricane. 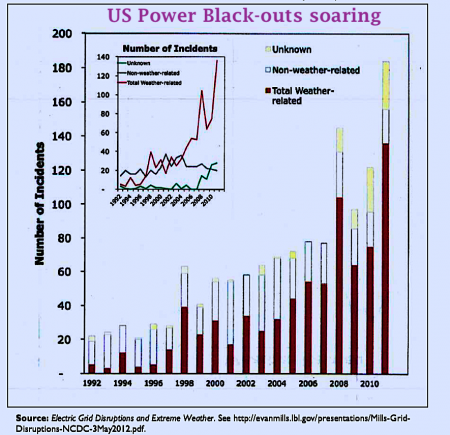 It’s been more than a decade since the Infrastructure Security Office (yes, there really is such an office) at the US Department of Energy issued its report, “Hardening and Resiliency U.S. Energy Industry Response to Recent Hurricane Seasons,” which forced power companies to prepare for Category 3 winds (the power monopolies refused the admonition to prepare for Categories 4 or 5) with extra guy wires on transmission towers, mobile generators and transformers, protected communications, and more.

That takes money. Entergy got the money from the ratepayers of New Orleans Louisiana and Mississippi. But where was the investment?  Where were the mobile generators to keep the water systems on?

I reached Brod Bagert, Jr. on his cell phone in New Orleans. It was Bagert’s dad, Brod Bagert Sr., who hired me to investigate Entergy 35 years ago (it never ends, does it?).

Bagert, with the activist group Louisiana Together, told me, that after all these years, Entergy still maintains a hostile relationship with the truth.

He said that, three years ago, the city approved Entergy charging customers for a new gas-fired power plant sited right in the city, on the promise it would prevent outages in a storm.

It didn’t.  And that’s because it can’t.  Systems don’t black out for lack of power generated but for failure of the transmission grid (as in losing 2,000 miles of high-voltage line).

Nevertheless, the wacko gas plant was approved by the City Council after hearings were packed with citizens supporting Entergy’s scheme.  Turns out, they weren’t “citizens,“ they were paid actors, some reciting testimony secretly written for the actors by Entergy’s flaks.

Today, a million Entergy customers still lack power.  Yet, even as Louisiana counts its mounting dead from heat stroke, Entergy simply can’t stop jacking the truth.  As the great investigative New Orleans newsletter Gambit discovered, Entergy’s map of neighborhoods where the lights had supposedly come on was belied by the simple visits to those neighborhoods, still broiling in the dark.

Greg Palast is the principal author of the United Nations guide to controlling utility corporations, Democracy and Regulation.   More sordid tales of Entergy and the power pirates can be found in Palast’s books Armed Madhouse, Vultures’ Picnic and The Best Democracy Money Can Buy (2002 Edition).