Redacted Tonight’s Lee Camp breaks down some of the key findings in Palast’s forthcoming book, How Trump Stole 2020: The Hunt For America’s Vanished Voters.

Released on July 14, we need to get this final warning on the bestseller list so the media cannot ignore it! Help us by pre-ordering a copy today! 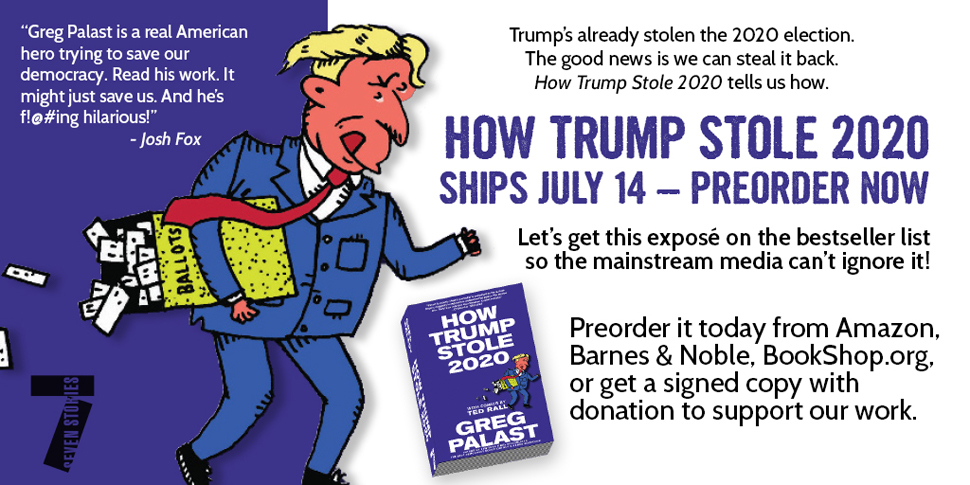 Lee Camp is the head writer and host of the national TV show Redacted Tonight with Lee Camp. He’s a former contributor to The Onion, former staff humor writer for the Huffington Post, and his web series “Moment of Clarity” has been viewed by millions. He’s toured the country and the world with his fierce brand of standup comedy, and George Carlin’s daughter Kelly said he’s one of the few comics keeping her father’s torch lit. Bill Hicks’s brother Steve said Lee is one of only a handful with Bill’s “message and passion.” His new book “Bullet Points and Punch Lines” is available at LeeCampBook.com and his standup comedy special can be streamed for free at LeeCampAmerican.com.