For King Day, read this simple brilliant analysis of Iran: Religious Repression in Iran—and the United States from the LA Progressive.

There are a million Iranians in the streets facing bullets and torture who don’t agree that the Killer-in-Chief Soleimani was a “revered” general. Don’t let Trump pick our heroes for us.

The right to choose our own leaders is not an American right. Freedom is one of the “unalienable Rights” of Americans “endowed by their Creator” — and neither Trump nor Khomeini, as Destroyers, qualify.

Those who cannot choose their own leaders, who are forced by violence to bend to authority, are slaves. In America, we still have, for a moment, a choice: We can be Kings or we will be Slaves. Choose today.

For MLK Day, I will pray that Michigan, Georgia, and Teheran will be Free at Last.

And for Yolanda Renee King, MLK’s granddaughter, playing the piano for me. She is our future. If we dare to dream it.

How JFK Saved MLK’s Life And So Won The Presidency 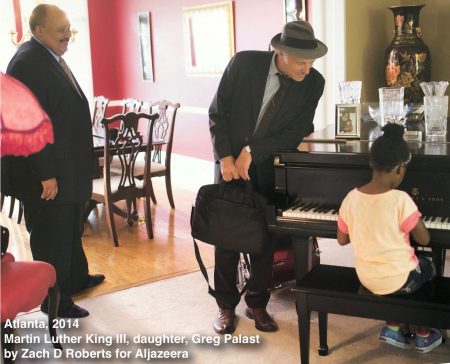 It was a Republican, Martin Luther King Sr., who made John Kennedy president of the United States – for JFK’s saving Daddy King’s son, Martin Jr., from lynching.

This harrowing and little known drama of terror and courage, confirmed for me by Martin Luther King III, changed American politics – and America – forever.

On October 19, 1960, Martin Luther King Jr. was arrested in Georgia for driving with an Alabama driver’s license and sentenced to six months hard labor. No one expected King to survive the sentence – he’d be lynched at the outset.

His father, Martin King Sr., had one desperate chance to save his son. Daddy King had endorsed Richard Nixon, a family friend, for the presidency. Nixon could count on King, a Republican like many African-Americans, who chose the party of Lincoln over the racist Democratic party of Jim Crow segregation.

RFK didn’t hesitate, calling from a pay phone on Long Island to his brother, demanding John save MLK Jr. 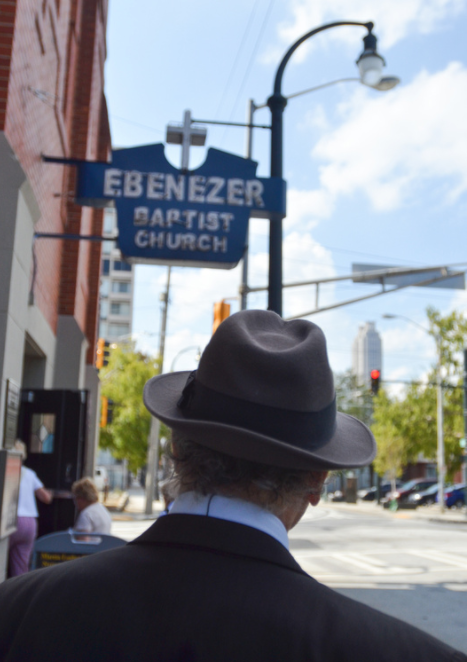 It was just three weeks before the presidential election, a race too close to call. This was a crisis. Three Southern governors warned the Kennedys that any help for Dr. King and JFK would lose three Deep South states.

John Kennedy, who’d just won the Pulitzer Prize for Profiles in Courage, knew this was his test. He gave Bobby the go-ahead to save King.

Bobby called Atlanta and told the judge he’d post King’s bond – though the judge had never offered bond. But this Democratic judge knew that with his party, the Kennedys could employ and destroy.

Meanwhile, according to Martin King III, his father was pulled from his Atlanta jail at 2am and told he would be transferred to Reidsville Prison hours from the city. King was certain he would not live to see the dawn.

But the judge had let it be known that King now was now under the protective gaze of the Kennedys. And MLK, said his son, was “the first prisoner ever to be thrilled and thankful to enter the gates of Reidsville Prison.”

But the warning came true. Word of Kennedy saving King cost JFK the electoral votes of Louisiana, Mississippi and Georgia. But then there was the miracle. Daddy King had written a pamphlet beginning, in block letters:

The pamphlet, on blue paper, was carried to the churches of half a million African-Americans.

Daddy King said, “I have a suitcase full of votes for the Senator that I’m carrying to Chicago.”

Even historian Ted White cites the King family’s powerful campaign of gratitude, and the pamphlet now known as “The Blue Bomb,” as the deciding factor in John F. Kennedy’s victory over Nixon.

The Democrats’ once-solid hold on the South was no longer solid – but a new voting block, would hold hard as a hammer for the Democratic Party for the next half century to today.

It was this profile in courage – the Kings and the Kennedys – that truly made America great and morally mighty.

Those mighty Kings and Kennedys are gone.

So it’s left to us to stand up to the gelatinous orange pustule of bloviating bigotry that has, against the democratic will, seized this White House and Congress.

Today, we honor a man whose courage must now be ours; and then we can make America truly great again.

Darrow Palast contributed research for this article. Photo of Palast at King’s church by Zach D Roberts for Aljazeera.