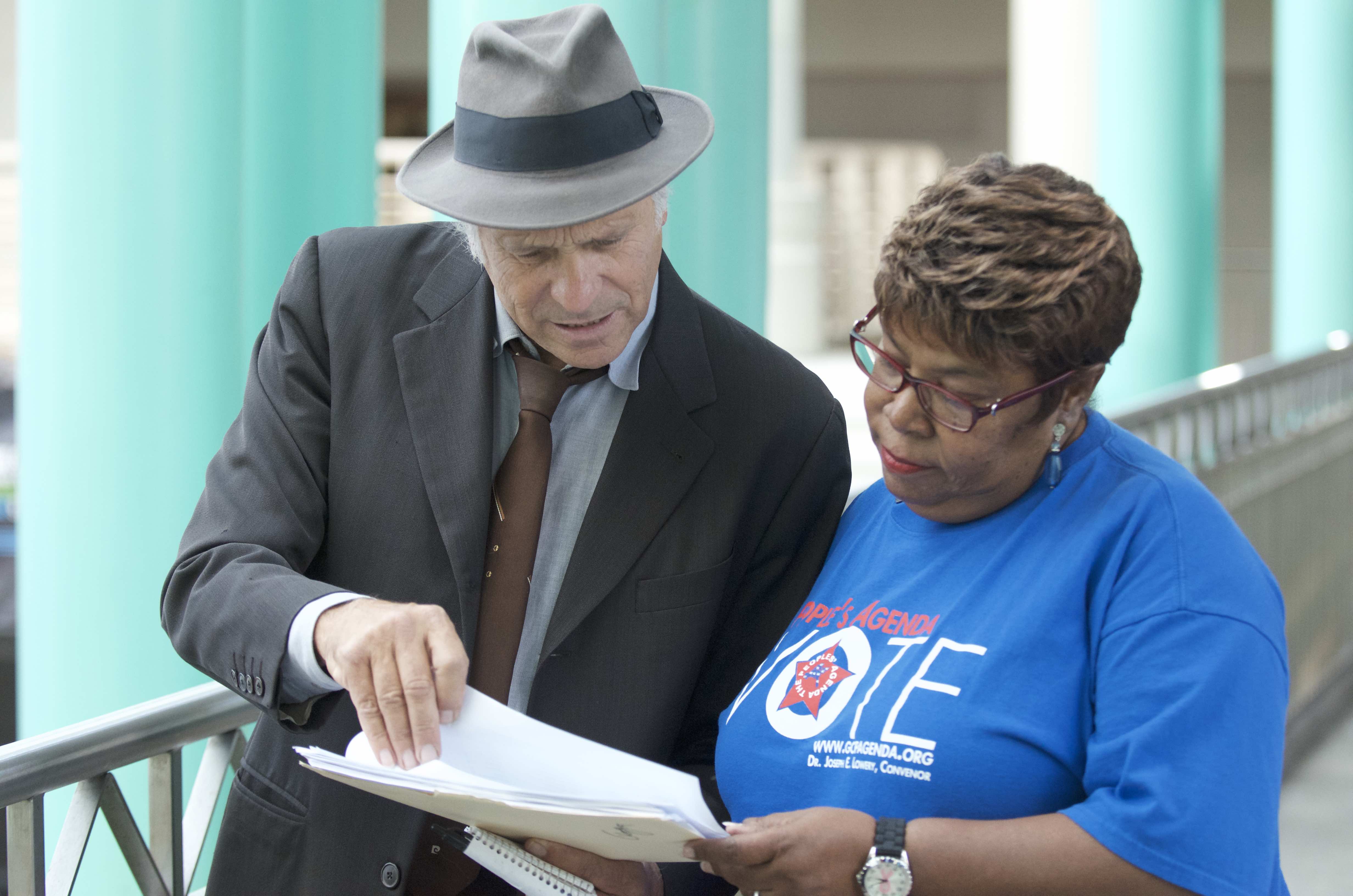 [Atlanta-Feb 8] In an extraordinary and unexpected move, Federal Judge Eleanor Ross has declared Gov. Brian Kemp the loser in a lawsuit brought by investigative journalist Greg Palast to compel the State of Georgia to open up its complete files on the mass purge of over half a million voters from the rolls.

Surprising all parties, the judge ruled that Kemp’s defense was so weak that no trial is needed. The judge acted “sua sponte” — on her own initiative, unrequested by Palast’s attorneys.

Palast has been fighting Kemp to release his hidden purge lists and methods for six years, for Rolling Stone, Aljazeera, Salon, Democracy Now and currently, The Guardian.

Palast said, “Kemp and the new Sec. of State of Georgia want to keep the lid on their methods for removing literally hundreds of thousands of low-income, young and minority voters on the basis of false information. They cannot hide any more. This is a huge win and precedent for reporters trying to pry information from the hands of guilty officials.”

A key issue at stake are the “Interstate Crosscheck” purge lists secretly provided to Georgia by the Kansas Secretary of State in 2015 and 2017. Kemp had turned over Georgia’s voter rolls to Kansas official Kris Kobach, who worked closely with Donald Trump, and is known for his racially biased vote suppression techniques.

“Kemp tried to hide the Crosscheck lists which he got from his crony Kobach. The lists are at least 99.9% wrong. Kemp’s office claimed he did not use the lists to purge voters, an assertion contradicted by his GOP predecessor. Moreover, Zach D. Roberts of the Palast investigative team obtained the Georgia 2013 purge list provided by Kobach through (legal) investigative techniques — so we know, and the judge knows, he has more squirreled away.

“Kemp finally turned over evidence that he purged 106,000 voters, overwhelmingly voters of color, that were on the Crosscheck list. But that’s just the tip of the purge-berg.”

Oddly, one of Kemp’s defenses was that he turned over Georgia’s confidential voter information to Kobach so it could be used to purge voters in 29 other states, but not Georgia. Kobach’s list showed thousands of Michigan voters who’d supposedly also registered or voted in Georgia. Michigan removed tens of thousands of voters with names like “James Brown” and “Mohammed Mohammed” — almost all with mismatched middle names.

The Michigan purge of Georgia voters was key to Trump’s official victory margin of 10,700 in Michigan, putting Trump over the top in the electoral college.

While Palast says, “The evidence is overwhelming that Kemp used the Crosscheck list in some way to purge Georgians — 106,000 is not a ‘coincidence’ — I do want to find out why Kemp was using Georgia voter rolls to remove voters in other states.”

The Crosscheck list identifies over half a million Georgians — including one in seven African-Americans in the state — as having moved out of Georgia, according to an investigative report on Kemp and Kobach published by Palast in Rolling Stone in 2016.

“My job as an investigative journalist is not to change laws or affect elections, but to expose official shenanigans. I thank my lawyers Brian Spears of Atlanta and Jeanne Mirer of New York for taking this case pro bono to rip the cover off Kemp’s and the state of Georgia’s racially poisonous undermining of democracy.”

The Palast team is completing work on our short film of how exactly Brian Kemp illegally eliminated 340,134 voters from the rolls, stealing the election from Stacey Abrams. The Palast film then takes us to Wisconsin where the “Kemp” techniques are at the center of a push to block 247,000 voters, mostly Democrats, and thereby keep Wisconsin, the swing state of swing states, in the Trump column. Help us complete our investigation, dig into the purge lists and finish this film. It’s not about candidates, it’s about democracy. Donate $1,000 and you’ll be listed in the credits as a producer, $500 as a co-producer, $100 as a supporter or simply donate what you can and you’ll get a signed copy of the film! We have a team of 15 — there is nothing like it in US journalism — digging into the heist of 2020.