Maj. Gamaliel Turner was more than upset. Assigned by the Pentagon to the Naval base at Port Hueneme, California, Turner had called his hometown registrar in Columbus, Georgia, to find out about his missing absentee ballot.

The soldier’s ballot wasn’t missing. They hadn’t sent the ballot because, he was told, “Mr. Turner, you have been challenged.” 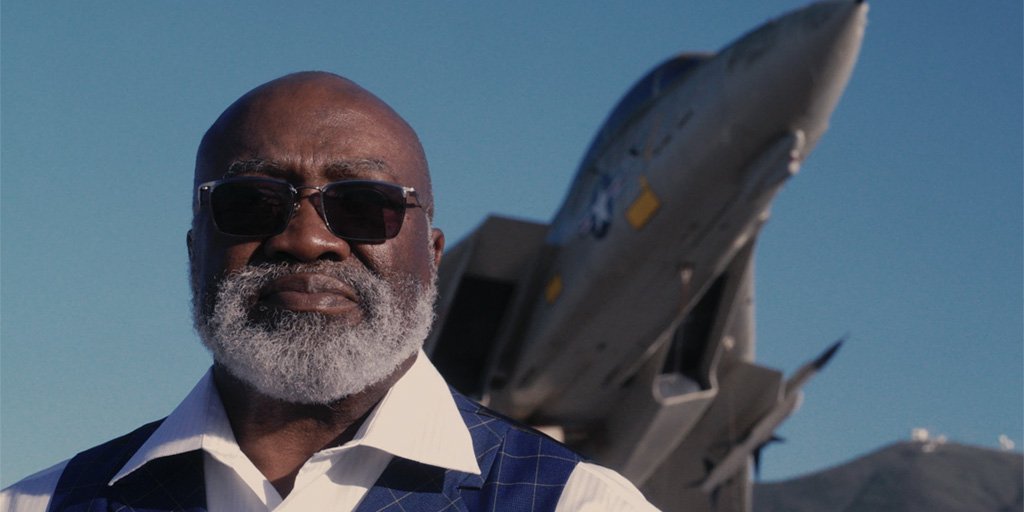 Retired Major Gamaliel Turner, a Georgia voter who almost lost his vote to one of Brian Kemp’s vigilantes.

Challenged? Under a new law, SB 202, signed by Georgia Gov. Brian Kemp last year, self-appointed vigilante vote fraud hunters have, for the first time, the right to challenge an unlimited number of other voters: “There shall not be a limit on the number of persons whose qualifications such elector [voter] may challenge.”

Unlimited mean unlimited. The man who challenged Turner successfully blocked 4,000 other voters in Columbus. So far, the 159 counties in Georgia have sent the Palast Investigative Fund a breathtaking 149,168 challenges filed against voters.

Our investigators contacted several hundred of these accused voters and they are, overwhelmingly, like Maj. Turner, Black or young.

And in fact, despite the governor’s hoohah that SB202 prevents voter fraud, not a single one of these hundreds of thousands of allegedly fraudulent voters has been charged, let alone convicted, of the crime of attempting to vote illegally. 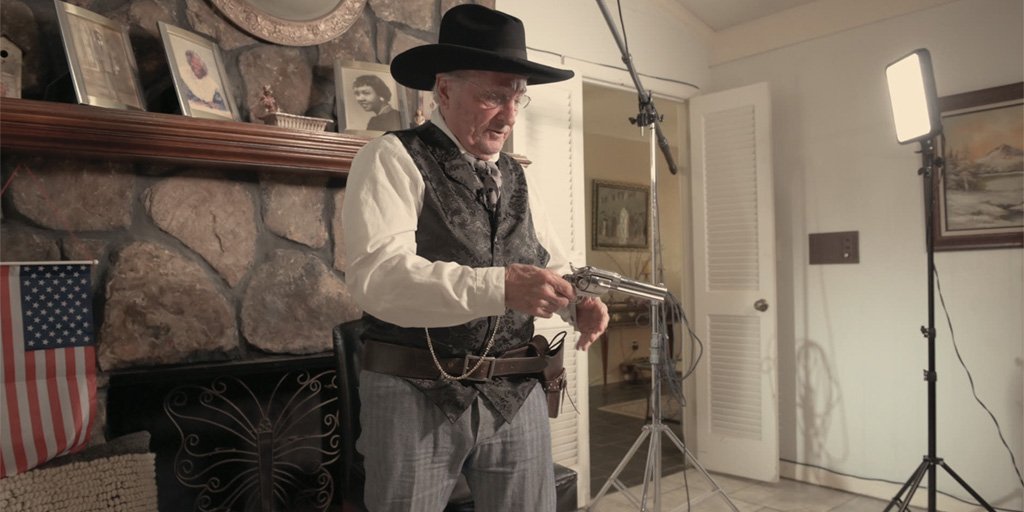 Alton Russell, Chairman of the Republican Party of Columbus, Georgia — and the vigilante who challenged Gamaliel Turner’s right to vote.

The challenge against Maj. Turner was issued by Alton Russell, the chairman of the Republican Party of Columbus, Georgia, and a close ally of Governor Kemp on the party’s state committee. Russell likes to dress up like, well, a vigilante, with pearl-handled six-gun, cowboy hat, boots — the whole get-up. Russell impersonates his hero, Doc Holliday, the gunman from the OK Corral shoot out. The gun, he assured us, is loaded.

“My name is Alton Russell and I’m the Georgia Tale Teller,” he says. “And I’m a toilet paper salesman is the way I make my living. Wiping up!”

Governor Kemp’s vigilante vote law does provide targeted voters a way to challenge the challenge. The voter can request a court-like hearing at their county registrar’s office where they can prove their citizenship and address. They are guilty until they prove themselves innocent of what is, after all, a felony crime.

Turner, stationed in California, said he replied to the Muscogee County (Columbus) bureaucrat, “So you’re telling me, 2600 miles away…that if I want to vote that that all I have to do is show up and prove that as an American citizen that I have the right to vote? AGAIN? You talk to fools like that! I’m not a fool!”

GOP Chairman Russell picked on the wrong voter. Turner retained high-powered lawyers who went through a lengthy court process to get his ballot counted, an extraordinary effort, and in Maj. Turner’s view, a very expensive “poll tax,” the fee charged to Black voters in the Jim Crow era of segregation.

Turner considers the blockade to his vote a new version of Jim Crow. “I know, because I was there,” he says. Indeed he was there. His father, the Rev. Harold Turner, was assistant pastor to Reverend Abernathy and a co-founder of the Southern Christian Leadership Conference alongside Abernathy and Martin Luther King Jr.

Alton Russell was in for a surprise. He had agreed to perform his Doc Holliday vigilante schtick at a large home near Fort Benning, Georgia. The vigilante did not recognize, nor did he seem to know, that he was in Maj. Turner’s house, the very home Russell claimed the Major did not live in.

Russell told us how Doc Holliday was said to have shot some “African American boys” in cold blood. (We checked: the Black “boys” were Union soldiers of the post-war occupation.)

Then we introduced Russell to his host, Maj. Turner.

The Major explained to Russell how painful it was for a Black man to once again have to prove that he is a citizen even while he’s serving his nation. Russell stammered but refused to apologize for the expense—and heartache—he imposed on the Major even after Russell admitted he did not contact the Turner to check on the truth of Russell’s accusation.

Alton Russell wasn’t a lone ranger. I met with another vigilante, Pam Reardon, who was running for Vice Chair of the state Republican Party. Reardon personally challenged an astounding 32,000 voters. She admitted she never met a single one nor called any. She defended herself by saying, “I did not speak to the 32,000 people.” True, but she did challenge their right to vote.

I showed Reardon a picture of a Black neighbor of hers whom she did not recognize but whose vote she challenged. In response Reardon told me to get out — in language too salty to print here. I didn’t argue because her husband lunged for me — and she had a shotgun ready at the door. 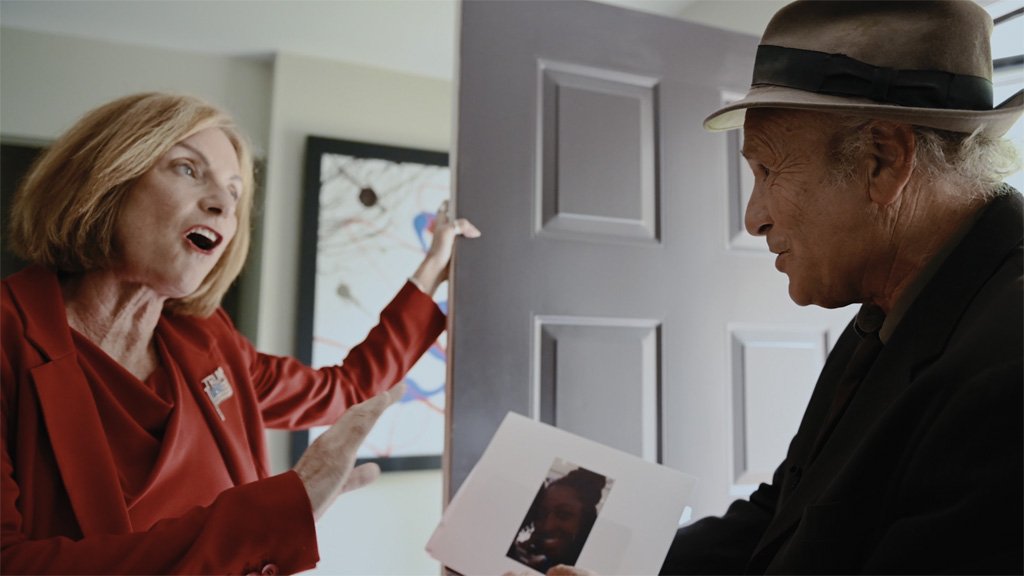 Pam Reardon, a vote vigilante who personally challenged an astounding 32,000 voters, ejects Palast from her house after she was challenged about her vigilante activities.

So where did these Republican challengers — and so far, they’re all Republicans — get this list of “fraudulent“ Georgia voters? Reardon’s and Russell’s hit lists were created by True the Vote, the Texas organization that put out a laughable but incredibly influential film 2000 Mules, which claims hundreds of Black Georgians cast thousands of illegal votes.

True the Vote obtained their lists, they claim, at least in part from the National Change of Address (NCOA) registry which is publicly available from the US Postal Service. Most states use the NCOA to purge their voter rolls of people who’ve moved. But the states also, at least in theory, check to see if someone simply put in a change of address for temporary purposes, like the Major, a soldier on assignment. In fact, the state of Georgia had already purged those who moved from Georgia. So True the Vote challengers are aimed at people that the state approved and left on the rolls.

True the Vote’s leaders are currently in prison in Texas for contempt of court — refusing to reveal their supposed source that supports their claims of a massive criminal voting ring.

Notably, True the Vote’s website includes praise for the vigilante attacks from Georgia’s chief voting official, Sec. of State Brad Raffensperger, encouraging the vigilante attacks. In a December 18, 2020 news item on the site, entitled “True the Vote partners with Georgians in every county to preemptively challenge 364,541 potentially ineligible voters,” Raffensperger is quoted as saying:

“Though federal law restricts our ability to update our voter registration lists, the Elector Challenge is a vehicle under our law to ensure voter integrity.”

Raffensperger’s statement seems to encourage vigilantes to do what federal law prohibits the state itself from doing.

Raffensperger is running for reelection against Democratic State Representative Bee Nguyen. “What we are seeing is these vigilantes who are conspiracy theorists and are far right and they are challenging the eligibility of Georgians en masse.”

Nguyen told Palast Fund reporter Zach D. Roberts that SB 202 has created a “workaround” to avoid federal law which prohibits removing voters from registration within 90 days of an election.

To “work around” federal law may itself be a crime. Collusion by a state with a private party to deprive citizens of color of the vote violates Section 1983 of the US Civil Code. Barbara Arnwine of the Transformative Justice Coalition, who taught at Columbia Law School, and attorney Gerald Griggs, president of the state NAACP, says this vigilante attack appears to violate several federal laws including the Civil Rights Act, the National Voter Registration Act and even the Ku Klux Klan Act of 1871.

Lawsuits are already flying, but Brian Kemp is unmoved. Courts are unlikely to act before Kemp’s Tuesday gubernatorial rematch with Stacey Abrams.

The Palast Fund has created a website, SaveMyVote2022.org, where Georgians may go to see if their name is on a challenge list. But warning: according to University of Georgia law professor emeritus Al Pearson, even if you aren’t on the list now, you could be challenged on Election Day — or the day after.

In Atlanta, Major Turner introduced me to his 90-year-old father, holding Rev. Turner’s hand at the very dining room table where the modern voting rights movement was born. The Major was more than upset that, decades after the Voting Rights Act, he still has to fight for his ballot. “The law says we have the vote. But no one ever said you have to count the vote. Neither I nor any of my people have the assurance that our vote was actually counted.”