In 2013, I was thrown out of Kazakhstan by its President, former KGB chief Nursultan Nazarbayev. 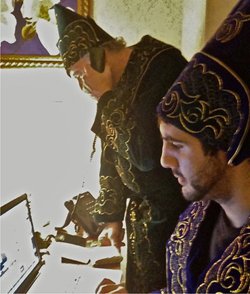 Today, January 6, it was Nazarbayev who was tossed out of Kazakhstan — the result of an uprising by a public fed up with a kleptocratic murder-ocracy cosseted by the bribery of Western oil companies, the oil-philic Bush, Clinton and Obama State Departments and Putin’s stormtroops.

(If you don’t know where Kazakhstan is, you will find out when the 101st Airborne arrive to protect “our” oil fields.)

I had gone to Kazakhstan to investigate bribes of over $160 million paid to Nazarbeyev and his retinue by Exxon-Mobil, BP and their Big Oil partners. How do I know about the bribe? I have the receipts. No foolin’. Given to me by Jack Grynberg, former CIA Helsinki Station oil tracker, former anti-Nazi resistance fighter and the demi-billionaire partner of British Petroleum in a Kazakh Caspian Sea oil field who decided to blow the whistle on his industry’s bribery spree.

I got to the dictator’s daughter and chosen successor at a private disco where the booze flowed freely and the women dressed in clothes that the ruling family would not want seen by the conservative Muslim populace. As we danced, I suggested lunch — and that’s where my troubles began.

Notably, the bribe paid by Exxon to Nazarbayev was mentioned in an indictment of the bagman — except he was identified only as KO-2 (Kazakh Official 2) so as to protect him at home. In fact, I had broken Kazakh law by asking Nazarbayev’s daughter, his heir apparent, about the bribery. (A Kazakh journalist had written about the ruling family’s corruption. He “committed suicide” by shooting himself in the head — twice!)

[Watch this clip from the video version of “The Wizard of Ooze” chapter in Vultures’ Picnic.]

Nazarbayev’s name was kept secret in the indictment by Hillary Clinton’s State Department. In fact, the bagman James Giffen, although he pleaded guilty for a felony, was released by a federal judge and thanked — thanked — by the Court for paying the bribes and thereby “saving important petroleum supplies” for the USA.

But the Kazakhs themselves are not so grateful that the bribes led to the giveaway of the rights to their oil at literally pennies a barrel. Kazakhstan’s treasury has been drained by the ruling family kleptocrats and US and British oil companies, a loss which the government chose to make up by a massive price increase in liquid petroleum gas, a drilling by-product, the fuel used by the nation’s drivers.

While America celebrates the anniversary of our close scrape with dictatorship, the Kazakh’s celebrate their first taste of freedom.

But it may be short lived. Putin’s tanks are rolling in to Kazakhstan to support the regime leaders who have not, or cannot, flee, principally the official President Kassym-Jomart Tokayev, Nazarbayev’s puppet. (Nazarbayev officially stepped aside two years ago so the capital of the nation could be changed to “Nursultan,” Nazarbayev’s first name. However, the 81-year-old remained head of the nation’s Security Council, where the real power resides–until yesterday, when Nazarbayev resigned and, and according to British news reports, fled the country with his dissolute family.

Putin’s interest? He needs his ex-KGB buddies to remain in power to protect the huge Baikonur Cosmodrome where Russia still launches its rockets. 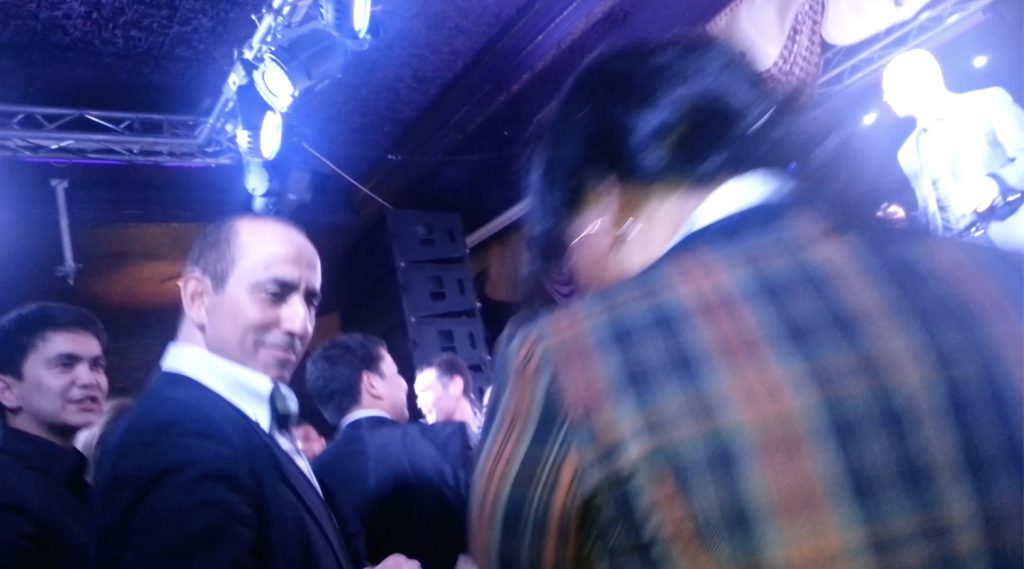 Dictator’s daughter gets down at the disco. I had the next dance leading to an invite to lunch followed by an invitation to leave the country. (Nursultan, Kazakhstan, 2013.)